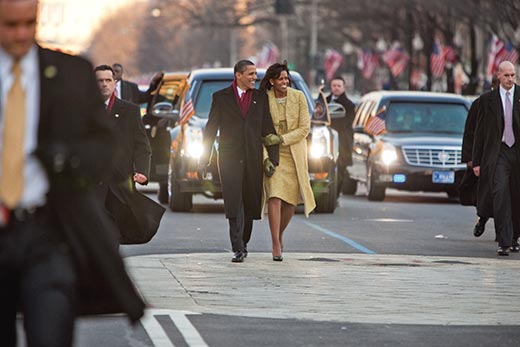 Barack and Michelle Obama at the inaugural parade. Photo by Paul Morse

"I Do Solemnly Swear: Photographs of the 2009 Presidential Inauguration." is a collection of more than 30 images—snapped by both professional and amateur photographers—documents the week leading up to Obama's historic inauguration, which thanks to the proliferation of digital cameras, is most likely the most-photographed inauguration ever. See some of the photos of the historic event below. 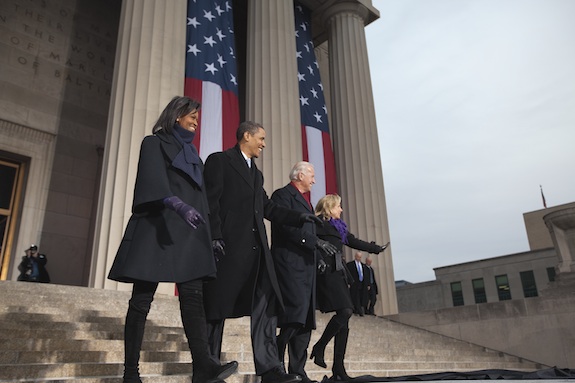 The Obamas and the Bidens in Baltimore, Maryland. Photo by Karen Ballard 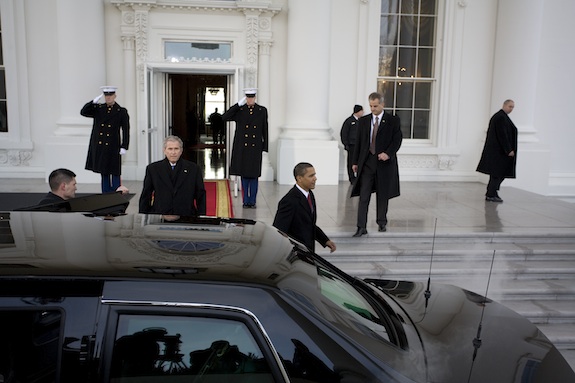 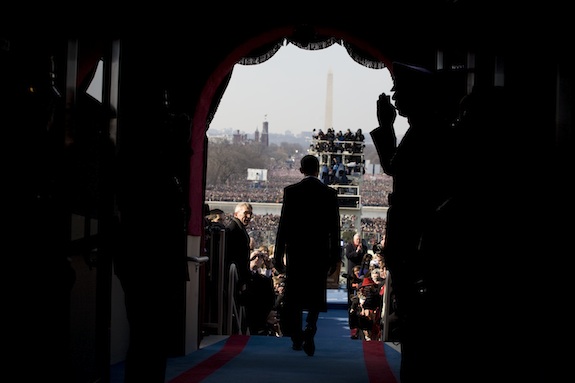 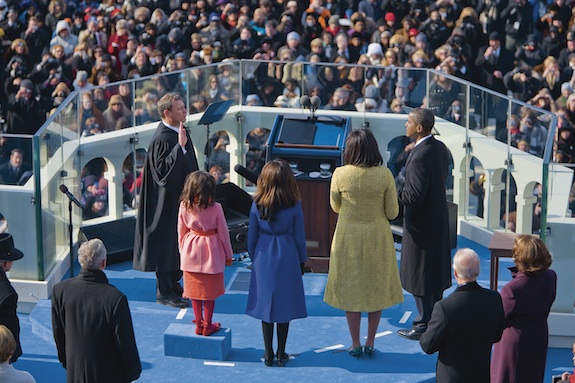 President Obama takes the Oath of Office with his family by his side. Photo by Paul Morse 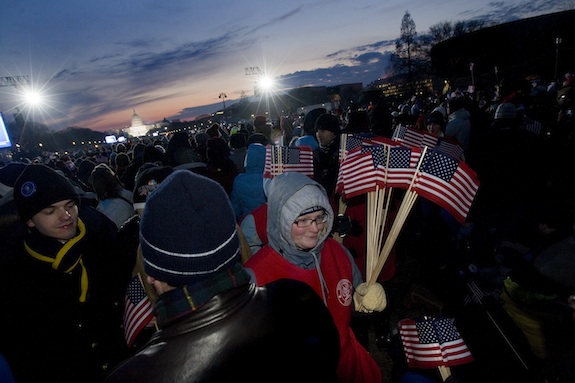 Crowd on the National Mall as dawn breaks on Inauguration Day 2009. Photo by Pete Marovich