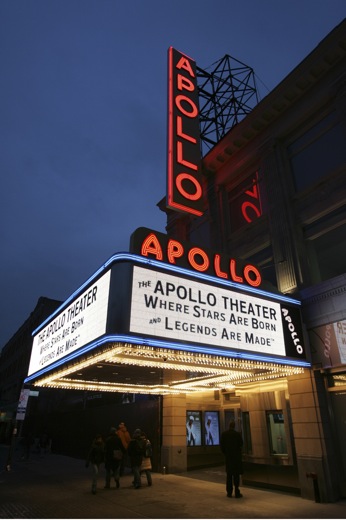 Named for the Greek god of music, New York's Apollo Theater has been a pantheon of American talent for almost 100 years. Built in 1914 in the heart of Harlem, the theater rose to prominence in the mid-1930s as a showcase for African American performers, offering aspiring artists a springboard to bright and beautiful careers. The Apollo and its legacy of talent is honored in a new show, "Ain't Nothing Like the Real Thing: How the Apollo Theater Shaped American Entertainment," which opens today at the American History Museum.

“Since 1934, the Apollo has been a driving force in shaping America’s musical and cultural landscape,” says Jonelle Procope, president and CEO of the Apollo Theater. Seminal jazz songstresses Ella Fitzgerald, Billie Holiday and Sarah Vaughn all competed in the Apollo's Amateur Night competitions and other pop culture luminaries—from musicians like Cab Calloway and Miles Davis to comedians like Moms Mabley—also graced its stage.

Unfortunately, I was born in the wrong place and time to be able to know the Apollo in its heyday—but that's not to say I haven't been able to enjoy the musical legacy the theater supported. Indeed, one of my favorite groups of all time, the Supremes, will be represented in this show. After they signed with Motown in 1961, it was a few years before this trio scored a hit on the charts. Nevertheless, when the girls graced the stage in the 1962 Motortown Revue with Diana Ross singing lead on "My Heart Can't Take It No More," the notoriously demanding audience showed its support. The Supremes went on to be one of the greatest acts of the 1960s, scoring 12 number one pop chart hits between 1964 and 1969. In terms of commercial success, they were second only to the Beatles. They were the first female group to have an album take the number one spot on the charts and they even had their own brand of store-bought bread. But I digress. The dresses from this earlier time stand in stark contrast to the gowns leaden with spangles and sequins that came with mainstream success. A sensible assortment of artificial daisies would occasionally spring up on the Supremes' wardrobe as well, as evidenced by this trio of gowns that's fabulously indicative of the mod styles the girls rocked in the mid-1960s. 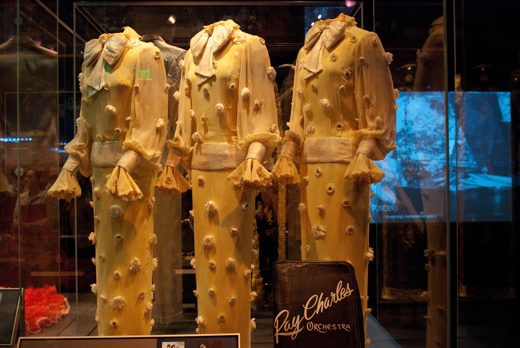 These dresses date from around 1966-67 and were worn on television and during concert appearances. Image courtesy of the National Museum of African American History and Culture.

Of course, a number of other artists are represented in the some-100 objects on display at the show, which were pulled from the collections of the American History Museum, the National Museum of African American Art and Culture, as well as private collections. And there is a wonderfully wide range of things to see from Michael Jackson's fedora and Louis Armstrong's trumpet to clothing worn by James Brown and Celia Cruz. So hurry by.

Like all special exhibits, Ain't Nothing Like the Real Thing: How the Apollo Theater Shaped American Entertainment has a limited engagement and will be showing at the Smithsonian until August 29, 2010. The exhibition is on view at American History in the gallery sponsored by the National Museum of African American History and Culture, which will open on the National Mall in 2015.