Smithsonian’s Eric S. Hintz, a historian of invention, details how scholars are envisioning a more inclusive ecosystem for the innovators of tomorrow 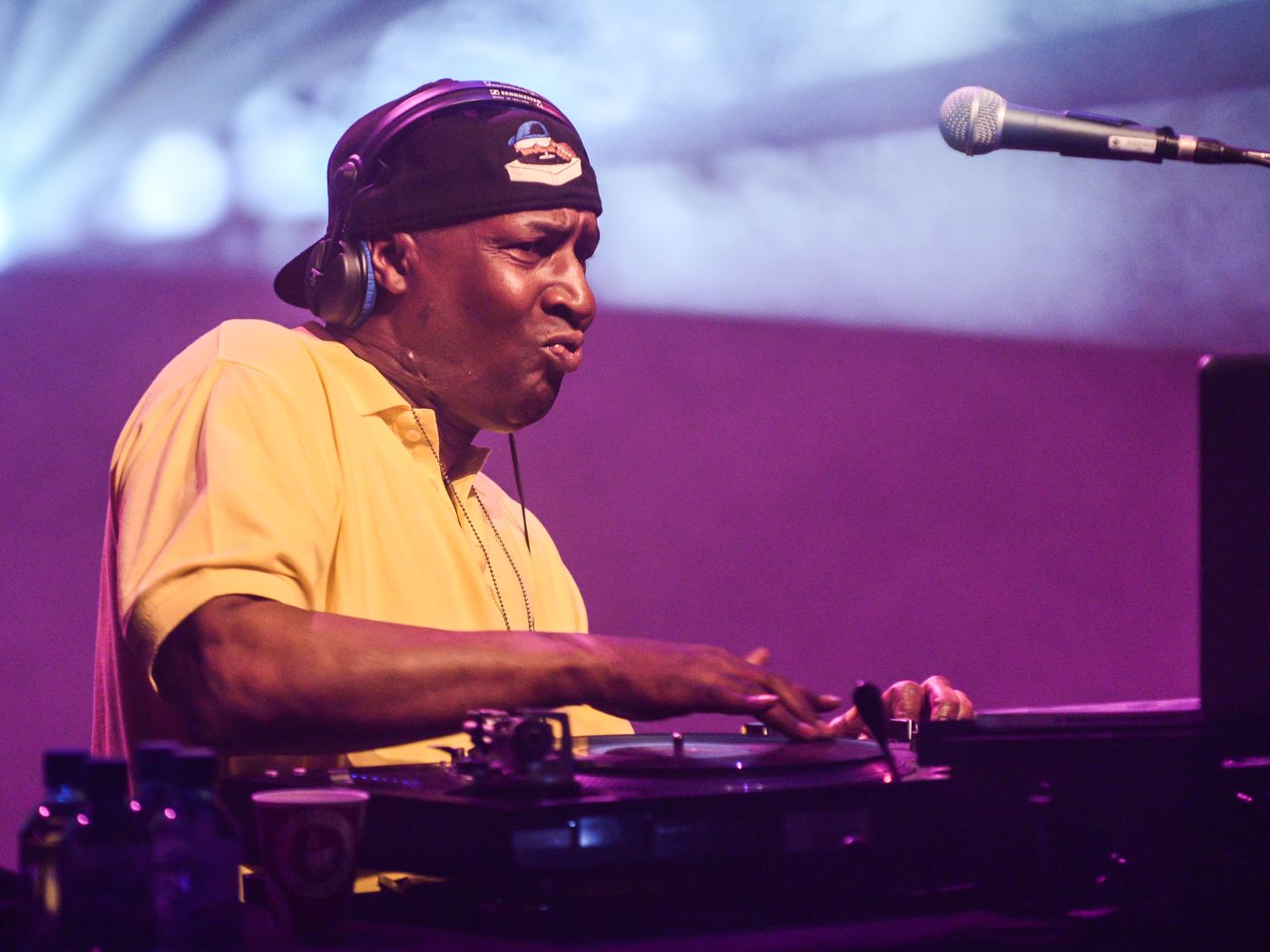 Scholars say that Afrocentric notions of invention have often emphasized serving the needs of the community, social justice and artistic self-expression, such as the unpatented innovations of DJ Grandmaster Flash, who reimagined turntables and mixers as musical instruments and developed techniques like “scratching” that defined rap and hip- hop music.

Inventor Percy Lavon Julian was the grandson of enslaved people. In 1920 he graduated as the valedictorian of DePauw University and then become one of the first African Americans to earn a PhD in chemistry. He was soon the first Black scientist to lead a major corporate R&D laboratory at the Glidden Company in Chicago. By 1940, he had invented a more efficient way to synthesize cortisone, a common anti-inflammatory steroid, and he would eventually earn more than 130 chemical and pharmaceutical patents.

No matter. In 1950, Julian’s house was firebombed—twice—when he moved his family into the mostly-white Chicago suburb of Oak Park, Illinois. “If I'm a Black inventor,” wondered Lisa D. Cook, an economist at Michigan State University, and Julian’s cousin, “why would I ever invent anything again if I thought doing so would put my life in danger?”

During Black History Month, we reflected on African Americans like Julian, who achieved success in their fields while overcoming persistent racism, injustice, and threats of violence.The Smithsonian’s Lemelson Center for the Study of Invention and Innovation continues that effort throughout the calendar year in its practice of honoring less known, hidden and even erased histories of inventors. In November 2020, we hosted a five-day symposium Black Inventors and Innovators: New Perspectives, with presentations by contemporary Black inventors and leading scholars like Cook. The symposium celebrated the achievements of Black innovators while documenting how centuries of racism and violence have left African Americans persistently underrepresentated  among inventors and entrepreneurs. We also discussed the important work that remains in building more equitable and inclusive classrooms, workplaces and networks to support aspiring Black inventors.

When the first enslaved Africans arrived in colonial Virginia in 1619, they brought generations of technical knowledge and skills with them. Even amid the brutalities of the chattel slavery system, they expanded those skills by learning various artisanal trades. Enslaved Americans built extensive water infrastructures to irrigate rice fields and introduced numerous crops, botanicals and agricultural techniques into North America. They deployed nets, traps and watercraft to fish American waterways and developed various homeopathic medicines. Enslaved Black people wove straw baskets, turned clay pots and mined for gold.

Yet, as Purdue University historian Rayvon Fouché observed, these forms of “Black vernacular technological creativity” did not conform to Eurocentric definitions of ingenuity. Among antebellum white men, “invention” generally meant building and patenting a mechanical device to replace animal or human labor or improve the efficiency of some task. Black vernacular technologies simply did not count as invention under this narrow definition.

Occasionally, the work of a Black inventor was recognized—and duly recorded—as meeting this Eurocentric standard of invention. In 1821, Thomas L. Jennings became the first known Black inventor to earn a U.S. patent for his dry-cleaning methods. As legal historian Kara W. Swanson explained, the Patent Act of 1790 was ostensibly colorblind; it had no language—and thus no restrictions—limiting patentees based on gender, race, age, religion, nation of origin or any other category. As a historical repository of invention, the patent system thus revealed and highlighted the achievements of Jennings and other free Black inventors.

However, enslaved Black people had no legal standing and were forbidden from obtaining patents. White enslavers took advantage of this ruling and routinely claimed the inventions of those they enslaved.

In 1858, for example, Mississippi plantation owner Oscar J. E. Stuart appropriated and commercialized the double cotton scraper, a plow invented by his enslaved blacksmith Ned. With few exceptions, Swanson noted, the antebellum inventions of the enslaved were either ignored or claimed by contemporary white people. These invention stories remain lost to history.

After the Civil War, invention became a way for Black citizens to gain social status and economic mobility. When a Black inventor earned a U.S. patent—objective, government-issued proof of creativity and ingenuity—it diminished racist charges of intellectual inferiority. With industrialization in full swing in the 19th century, Black leaders sought to publicize the accomplishments of inventors like Elijah McCoy, who built an automated lubrication system for locomotives, dubbed “the real McCoy,” to distinguish it from cheap substitutes. They hoped these ingenious Black inventors might serve as inspirational heroes for their communities.

Around 1900, an African American patent examiner named Henry E. Baker compiled a list of 370 patents earned by Black inventors. Baker highlighted the achievements of inventors like Jan Matzeliger, inventor of a “shoe lasting machine” and Granville T. Woods, known as the “Black Edison” for his developments in telegraphy and telephony. Baker conducted an expanded search in 1913 to mark the 50th anniversary of the Emancipation Proclamation and turned up 1,200 leads but could confirm only 800 patents as definitively earned by Black inventors. In his 1913 pamphlet, The Colored Inventor, he explained that many Black inventors refused to acknowledge their heritage for fear that “publication of that fact might adversely affect the commercial value of their inventions.” Thus, the patent system drew attention to the accomplishments of Black inventors, while simultaneously hiding and erasing their contributions.

In the three decades following the Civil War, Black patenting surged. Lisa D. Cook, who has studied the period, has found that per capita patenting rates by Black inventors peaked in the year 1899, then dropped precipitously and never recovered. The end of Reconstruction and the start of the Jim Crow era, characterized by lynchings and other racist violence, like the firebombing of Percy Julian’s house, effectively suppressed patenting and commercialization rates for Black inventors. As Baker had observed, many Black inventors responded by purposefully obscuring their racial identities to avoid prejudice and violence in the marketplace. The inventor of the patented gas mask and traffic signal Garrett A. Morgan hired White actors as stand-ins to portray him while demonstrating his patented traffic signal and other inventions at trade shows.

The decades of Jim Crow segregation would have a cascading impact on Black inventors, as they were largely excluded from enrolling in predominantly white universities, joining professional engineering societies, or securing loans from mainstream banks. Undeterred, generations of aspiring African American inventors and entrepreneurs sought technical training at historically Black colleges and universities (HBCUs) and acquired start-up capital through their own social networks—Black sororities and fraternities, Black churches, and Black social clubs such as The Northeasterners, The Links, and the Jack and Jill clubs. More recently, Black technologists have established professional associations—such as the National Society of Black Engineers (1975) and Black Girls Code (2011), among others—to forge additional pathways to technology careers.

Nevertheless, Black people remain persistently underrepresented in every corner of the innovation ecosystem. According to the National Science Foundation, Black people account for only 4.31 percent of U.S. engineering undergraduates, and only 7.45 percent of those employed in science and engineering occupations, despite comprising 13 percent of the U.S. population. Attorney and entrepreneur Shontavia Johnson likewise reported that only 1.7 percent of intellectual property (IP) attorneys in the U.S. today are Black. Moreover, just one percent of venture capital-backed start-up founders are Black; and Black women founders received a meager 0.0006 percent of all venture capital funding between 2009 and 2017.

Not surprisingly, Black innovators often feel isolated in the STEM classroom and high-tech workplace, where they face unconscious bias and occasional hostility. Software developer Tyrone Grandison from Microsoft and Purdue University engineering professor Tahira Reid Smith both recalled growing up with supportive parents, teachers and mentors who encouraged their creativity. Yet, both inventors described the frustrating experience of being celebrated for their extraordinary talent and abilities, and defined for having somehow managed to succeed—despite the odds.

The underrepresentation of Black inventors perpetuates a vicious cycle. A 2017 study found that children who are exposed to inventors are more likely to become innovators themselves. Yet the opposite is also true in that great potential is lost because it is never nurtured; girls, underrepresented minorities and children from low-income households can become “lost Einsteins,” if they fail to see inventors who remind them of themselves, and never pursue their ambitions. These inequities are both morally and practically objectionable. Several panelists provided evidence that gender and racially diverse teams produce better outcomes, including greater patent commercialization rates, higher sales revenues, more customers and larger market shares.

Fouché, for example, described the unpatented innovations of Grandmaster Flash, who reimagined turntables and mixers as musical instruments and developed techniques like “scratching” that defined rap and hip- hop music. Charlton McIlwain shared the stories of AfroLink’s Kamal Al-Mansour and Anita Brown from Black Geeks Online, who built distinctly Afrocentric online communities years before the emergence of MySpace, Friendster or Facebook. And André Brock a media studies scholar from Georgia Tech described how the creative expressions of frustration, joy, community and playful mischief among Black technology consumers have come to define the norms of 21st-century cyberculture for all users—not just Black ones—on digital platforms such as Twitter, Instagram and YouTube.

Finally, the symposium offered multiple recommendations for recognizing Black ingenuity and building a more equitable environment for innovation. First, museums, libraries and archives—including the Smithsonian Institution—must acknowledge their historical role in privileging the stories of white inventors in their collections, exhibitions and scholarship.

Relying on individual goodwill is not sufficient to stem the tide of systemic Black underrepresentation. Rather, these institutions must be guided by quantifiable metrics to drive equity in student outcomes, hiring, patenting, grant funding, capital investment and other indicators. Without this accountability, Drexel University historian Amy E. Slaton cautioned, toothless DEI initiatives do little more than assuage white guilt.

Finally, panelists agreed that we must help Americans adopt a more expansive view of invention and redefine who counts as inventor. Indeed, it will be easier to recognize the achievements of the next Grandmaster Flash or Kamal Al-Mansour if we understand that Black innovators are more often motivated by artistic expression and community service than efficiency, patents and profit.

The symposium’s call to action is more than a historical project; it is an ethical endeavor. It will require persistence to overcome the structural racism in the innovation ecosystem, build equity and accountability into our institutions and unleash the full flourishing of Black ingenuity. Yet, Grandison remained optimistic. “Every child you interact with is an inventor in the making,” he says. “Treat them as such.”

Eric S. Hintz is a historian with the Lemelson Center for the Study of Invention and Innovation at the Smithsonian’s Institution’s National Museum of American History. His book, American Independent Inventors in an Era of Corporate R&D (MIT Press, 2021) traces the changing fortunes of traditional, individual inventors from 1890 to 2015.