Ten More Smithsonian Museums Will Be Opening This Summer

The Director of the Natural History Museum Kirk Johnson reflects on Covid closures; learn tips for viewing T-rex, the megalodon, the Hope Diamond and more 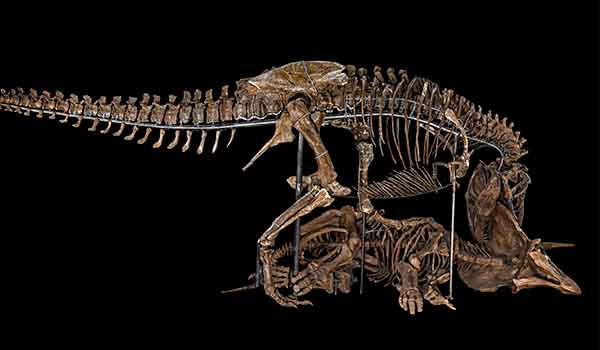 In a bloody brawl, Tyrannosaurus rex and Triceratops horridus battle to the finish in the much-loved new dinosaur hall at the National Museum of Natural History. Courtesy U.S. Army Corps of Engineers, Omaha District and The Museum of the Rockies, Montana State University

It’s a blink of an eye in geological time. But for the largest museum of natural history in the world, the year-and-a-half-long closure to the public during the Covid-19 pandemic felt like an eon.

Now, the wait is finally over: On June 18, after a historic 461 days of closure, the Smithsonian's National Museum of Natural History will reopen its doors. It’s one of ten Smithsonian museums in Washington D.C. and New York City set to welcome back visitors this summer, the Smithsonian Institution announced today.

Another massively popular attraction still undergoing renovation, the National Air and Space Museum, will open its location on the National Mall on July 30. The Smithsonian Institution “Castle” also plans to open the same day.

Through the end of October, visitors will be able to reserve free timed tickets online to visit the Cooper Hewitt, Smithsonian Design Museum in New York City when it reopens on June 10. (The museum typically charges for entry.) The National Museum of African Art and the Freer|Sackler National Museum of Asian Art will also both reopen July 16, and the Hirshhorn Museum will open on August 20.

Most of these museums will require free timed passes for entry, and all visitors aged 2 and older will be required to wear face masks while indoors. Visitors can reserve up to six passes at a time in advance of their visit at online. (Passes for the Natural History museum will become available about a week before the museum opens in June.)

In addition, a handful of smaller museums opening throughout the summer—the National Museum of the American Indian in New York (opening June 23), the Anacostia Community Museum in southeast D.C. (August 6) and the National Postal Museum opposite Union Station (August 27)—will not require timed-entry passes.

Behind the scenes at the shuttered Natural History Museum, crews of researchers kept busy conducting groundbreaking research on life sciences and climate change and digitizing the whopping 146 million specimens in the museum’s collections.

But as director Kirk Johnson notes, the grounds were eerily quiet. Compared to the thousands of volunteers, students and museum staff that typically bustle around the building, social distancing measures meant that just 40 people were allowed onto the million-square-foot facility at a time.

“And that’s not to mention that we were missing the joy of the museum, which is the five million people that come here every year,” Johnson says.

From the Natural History director’s office, it’s a quick walk down the hall to overlook the museum’s iconic Beaux Arts rotunda. Johnson is looking forward to seeing visitors fill the rotunda again with “tremendous relief and happiness.”

“It’s one of the greatest things just to hear the roar of sound, as people are walking in and delighted to be there,” he adds.

Visitors should note that they’ll need to enter through the National Mall side of the museum, complete with brand new elevated walkways. Once inside, they’ll again be greeted by Henry, the 11-ton African bush elephant that towers over the ticketing and information booths.

Not everything will be on display: most second-floor exhibitions, including the ancient Egyptian mummies, the gems hall and the butterfly pavilion, will remain closed for now. The museum’s cafés will also remain closed.

But visitors to the Sant Ocean Hall will still be able to face off with the museum’s 52-foot-long model of a megalodon, a fearsome prehistoric shark that once feasted on small whales until its extinction about 3.6 million years ago. The glittering Hope Diamond, the famous blue jewel discovered in India in the 1600s, will also remain on display in the second-floor Harry Winston Gallery.

Here are a few things audiences can look forward to upon the museum’s June 18 reopening.

Outbreak: Epidemics in a Connected World

Believe it or not, this informative exhibition about viruses opened 18 months before the Covid-19 pandemic upended daily life around the globe. Johnson remembers standing on a podium next to Anthony Fauci at the exhibition’s opening, as the pair prepared to offer remarks. “And he turned over to me and said, ‘Hey, I bet you anything there’ll be a global pandemic during the run of this exhibit,’” Johnson recalls.

While the museum was closed, curators updated some displays to reflect the Covid-19 pandemic, Johnson says. Visitors can also explore newly relevant reflections from frontline workers and epidemiologists who rushed to combat other modern outbreaks, such as HIV/AIDs, the Ebola virus, influenza and the Zika virus.

Dinosaur lovers rejoice: visitors will once again be able to roam among prehistoric giants, including a dramatically posed Tyrannosaurus Rex skeleton, the plant-eating sauropod Diplodocus and gargantuan Ice-Age creatures such as the wooly mammoth.

As Riley Black reported for Smithsonian magazine at the time, the Natural History’s famed dinosaur hall reopened in 2019 after the most extensive renovation in the museum’s history. Now, the exhibition takes viewers on a trip through deep time to the present day, emphasizing humanity’s own outsized role in determining the future of the planet.

Another thing driven home by the Covid-19 pandemic: at the end of the day, humans are just mammals, too. There’s no better place to reflect on the history of our species than in the Hall of Human Origins, which explores the fundamental question of what it means to be a human.

Peer into the eyes of lifelike, reconstructed Neanderthals, examine early Stone Age art and music, and learn about the challenges faced by our not-so-distant ancestors—as well as the dramatic ways that humans have changed the Earth’s ecosystem and climate in a relatively short time.

“The human footprint on planet Earth has grown so large that unexpected things are happening,” Johnson says. “And you’ll see when you visit, that all our halls will echo that theme.”

“We’re coming into interesting times,” the director adds. “And they just get more interesting.”