When this publication first appeared five decades ago, it was happy to join the fray

The cover story of the debut issue was about elephant breeding in Sri Lanka. Donny Bajohr

In early 1970, an advertisement for a new magazine promised it would examine the circumstances that shape the life of a human being—“this harassed biped,” who faces “staggering problems...from oil spills to famine.” Wildlife was in decline. Pollution was on the rise. An energy crisis loomed. “Our articles will probe man’s disasters,” the ad continued, “and join the battle for his improvement.”

Never mind the paternalistic “man,” “battle” wasn’t quite the right word, either: The magazine would always strive to be nonpartisan. Still, the first issue popped up right in the midst of the cultural havoc of the first Earth Day, and many of the concerns and ideals behind that nationwide protest also inspired the editorial team who launched Smithsonian.

Justice was one guiding ethic. In the inaugural issue, the pioneering black scholar John Wesley Blassingame, acknowledging “the juggernaut of white supremacy,” documented the emergence of African-American studies on the nation’s campuses. But it was “Life Is an Endless Give-and-Take With Earth and All Her Creatures,” an essay in the same issue by René Dubos, a renowned biologist and writer, that articulated the magazine’s point of view: “The optimist has good historical reasons to justify his confidence that the present environmental crisis will eventually be overcome,” he wrote. There has indeed been progress. The Clean Air and Clean Water Acts soon became law, and the nation’s natural resources as well as its people have been better off ever since.

Smithsonian, meanwhile, has grown more than tenfold in print, to some 1.6 million paid subscriptions today, and there are another 8 million monthly readers online at Smithsonianmag.com, a publishing technology that didn’t exist, and wasn’t fully imagined, when the magazine debuted. Over those five decades Smithsonian has provided millions of dollars to the Smithsonian Institution in support of its mission, “the increase and diffusion of knowledge.”

The magazine (or “unmagazine,” as some wags used to say, because it eschewed trendiness) covers subjects far beyond environmental problems, and not every one of our more than 4,700 feature articles has aged well (see the 11-page spread from 1980 defending seagulls against the “rotten press” they receive). Yet the magazine continues to explore, optimistically, the challenges and discoveries that promise to shape the lives of bipeds, quadrupeds and every other creature on Earth.

The map below shows where Smithsonian magazine's reporters have traveled in our 50 years of coverage. For each country from which we've reported six or more feature articles, we showcase one of our favorites 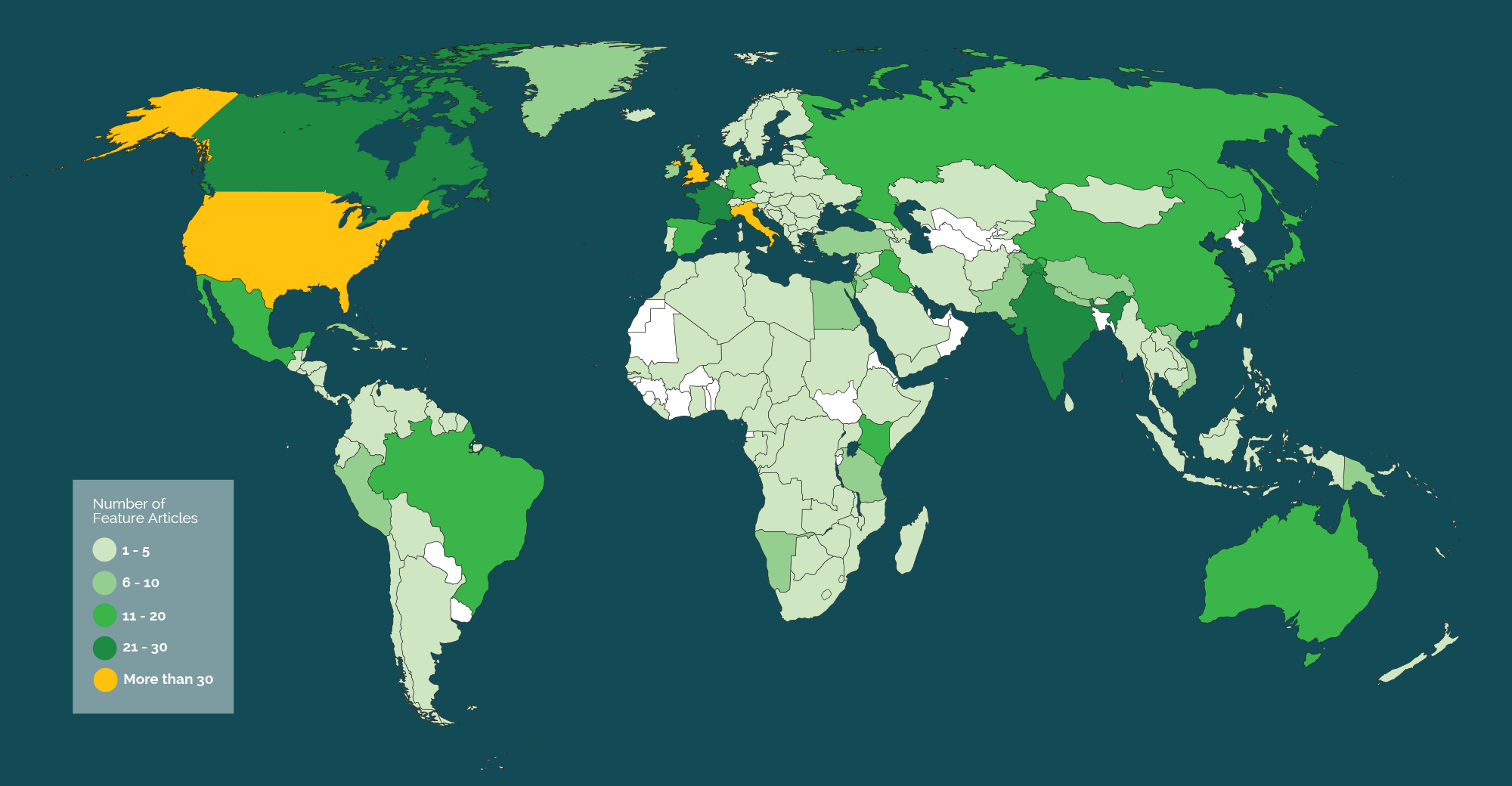