"Life is very tough," Joan Rivers once said. "If you don't laugh, it's tough."

Rivers died yesterday, September 4, following a medically-induced coma and complications that arose last week during a vocal cords procedure, including cardiac arrest. "My mother's greatest joy in life was to make people laugh," Melissa Rivers, her daughter, said in a statement. "Although that is difficult to do right now, I know her final wish would be that we return to laughing soon."

"She was a great social satirist, including self-satire," says Amy Henderson, a historian at the National Portrait Gallery. "She was not afraid to be herself," Henderson adds. "She was fearless."

Rivers once said that because she's had so much plastic surgery, "when I die they will donate my body to Tupperware."

Rivers was 81. Her career took off in the 1960s as a stand-up comic and temporary host of "The Tonight Show," filling in for Johnny Carson. She went on to host her own programs in the 1980s, "The Late Show" and "The Joan Rivers Show." In the 2000s, Rivers reached new audiences as a fashion critic and with reality television.

"Her humor depended totally on putting herself down, which I found ironic because she spent so much time trying to make herself look terrifc," says Dwight Blocker Bowers, entertainment curator at National Museum of American History.

The American History museum does have artifacts related to women in comedy; in 2007 it acquired Phyllis Diller's joke cabinet, containing 50,000 index cards on which Diller had recorded her jokes from 1955 to 2000. Diller died in 2012. Rivers also kept her jokes on file, as shown in the 2010 documentary about her life, Joan Rivers: A Piece of Work. 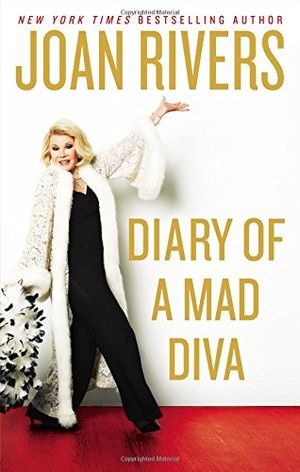 Diary of a Mad Diva