Changing Our World For the Better

Charles Lindbergh, the revered aviation hero, the victim of the crime of the century, is undoubtedly an American icon. Yet, what we remember Lindbergh for is not the complete picture. While recent biographers have began to delve into the aviator’s darker past—his adherence to eugenic principles, his philandering, and his ties to Nazi Germany—one area of Lindbergh’s biography is often neglected—his pioneering work in biomechanics.

Biomechanics? Was his work in this field related to aviation—a redesigned cockpit, perhaps? Or, something to increase lumbar support to make transatlantic voyages more comfortable?

In fact, Lindbergh’s contributions were quite separate and at the time he was widely celebrated for these achievements. “The name he will leave in that science will be as illustrious as that in aviation,” said one of his colleagues to the New York Times in 1934. A prediction that fell flat. Today, only a few sentences in his Wikipedia entry relate to his scientific contributions; and therein lies a tale.

Charles Lindbergh was the designer of the perfusion pump—a handblown, 18-inch-high, clear Pyrex glass configuration that was used to keep organs functioning outside of the body. He made it in 1935 after a culmination of a quiet collaboration with the Nobel Prize winning scientist Alexis Carrel.

The device supplied or “perfused” the organ with a steady supply of oxygenated blood (or a synthetic substitute). Carrel had perfected the fluid, but what he didn’t have was a way to properly apply this to the organ. Lindbergh put his mechanical mastery to work designing the three-chambered device to hold an organ in place and allow it to be perfused with Carrel’s “artificial blood.”

It was beautiful in its simplicity. The carotid artery was placed in connection with another tiny glass tube, connecting it to the pump system. Air pressure would drive the fluid through the pump in a manner that mimicked biological processes.

Only about 20 were ever made, but three reside in the collections of the Smithsonian’s National Museum of American History in Washington, D.C.

Though largely forgotten, it is important. The apparatus was a precursor to medical devices like the heart-lung machine, and its process helped to develop a feasible means for stopping the heart during surgical procedures.

During long hours in the air, the young pilot recalled musing about life and death. But when his wife’s older sister was diagnosed with severe heart disease following a rheumatic fever, Lindbergh’s quiet musings turned toward applied biological work. After asking his doctor why surgery could not reverse the damage, Lindbergh was told that the procedure would take longer than the heart could be removed from the body without causing permanent damage. Lindbergh persisted. Why couldn’t a machine be used to sustain the live organ, he reasoned. But the doctor showed “little interest in the problem.”

Lindbergh made further inquiries with anesthetist Palulel Flagg, who was more sympathetic and directed Lindbergh to Carrel, who had been working on problems related to sustaining organs in vitro. The very next day, Lindbergh made an appointment to meet with Carrel at his laboratory in the Rockefeller Institute—no doubt such efficient scheduling was greased with a bit of name recognition.

During their first meeting on November 28, 1930, Lindbergh remembers Carrel showing him two unsuccessful attempts at building “an apparatus similar to an artificial heart, one that would perfuse living organisms isolated from the body.” Carrel explained he had earlier determined the proper composition of perfusion fluid. Of greater difficulty, though, was building a device that would avoid bacterial contamination during cycles of perfusion.

Lindbergh examined the model and said he could do better. Leaving the Carrel’s laboratory highly enthusiastic, Lindbergh returned two weeks later with a design and prototype that he had commissioned from a Princeton University glassblower. Though it was far from perfect, Carrel was impressed and offered Lindbergh space in his lab where the pilot could work to improve the device.

Along with problems of design and bacterial contamination, Lindbergh also had to contend with the issues of fame. Following his transatlantic flight, the young aviator had developed a heightened unease with the rabid media attention. His attempt to maintain anonymity while working at the Institute was met with only modest success. At his first visit, Lindbergh attempted to sneak in via a side door, but he was quickly discovered by crowds of adoring technicians and staff members

No one at the Institute was permitted to discuss his work or presence with the press and Lindbergh was able to maintain some degree of anonymity. The New York Times later reported “for more than two years he spent all the time he could spare from his aviation duties, without any one having an inkling about it.”

This slowly began to change with the development of Lindbergh’s first somewhat successful pump, a motorized helical glass tube that forced perfusion fluids up the spiral to a reservoir where it could then flow through a tube to the main artery of the organ. Though the design continued to have problems with low pressure and bacterial contamination, the device perfused a carotid artery for a month.

In May 1931, Lindbergh published the results of a device that circulated fluid constantly through a closed system. It hit the press with very little fanfare, in large part because his article was one of the shortest published in Science and probably the only one to appear unsigned. Nevertheless, this was the first hint of the dramatic news story to come.

For the next three years, Lindbergh and Carrel made improvements to the initial design and technique. In 1935, Lindbergh described this successful device—the three held in the Smithsonian collections are from this period—as “an apparatus, which maintains, under controllable conditions, a pulsating circulation of sterile fluid through organs for a length of time limited only by the changes in the organs and in the perfusion fluid.”

This new pump had no moving parts. The air introduced into the system was filtered through sterile cotton, which significantly reduced the problem of contamination. The entire device, made all of glass, could be easily sterilized in an autoclave. The top chamber of the device housed the organ. Perfusion liquid was housed in the lower chamber, fed to the organ via a glass feed tube, and ultimately allowing gravity to pull the fluid through the chambers back to the reservoir chamber from which it began. A cycle, much like the one produced by the heart’s pumping.

But still the pump was not perfect; one problem was in that the secreted fluid from the organ had no outlet—in other words the pump had no artificial kidney—and therefore organ secretions mixed with the perfusion fluid, which then subsequently required frequent changes that threatened the sterility and stability of the system.

Kidney or not, the pump was ready for rigorous—and ultimately public—testing. On April 5, 1935, Carrel and Lindbergh began a trial—perfusing the thyroid gland of a cat. At the end of 18 days, pieces of tissue were transferred to culture, where epithelial cells were generated. The tissue was healthy, alive and replicating. The experiment—as well as Lindbergh’s pump—was a success. In July 1935, Carrel and Lindbergh graced the cover of Time for their accomplishments.

Over the next four years, 989 individual perfusion experiments were conducted on the pump. After small modifications, it functioned so well that at no time was it stopped because of malfunctioning (though bacterial contamination continued to be a problem). Despite the vast number of experiments performed on the device, the success of these trials, and the great excitement over the underlying science, the perfusion pump’s success was often eclipsed by media theatrics.

The news of the sustenance of organs, the growth of in vitro tissue, and the involvement of the Charles Lindbergh in this exciting, death-cheating science gripped the public. The increasing media scrutiny turned sensational, with reports of Carrel growing human embryos in his laboratory. One outlet even went so far as to report of Lindbergh’s intention of replacing his own heart with one of the organs kept in the laboratory or some form of “mechanical heart.” Frustrated with the press, Lindbergh fled to France to an island near Carrel’s French home—a strategy that was unsuccessful as judged by the subsequent headlines —“Lindbergh Paddles Rubber Boat to Isle.”

The pump itself became an object of wonder even in the absence of its creators (Carrel retired in that year). It was a popular exhibit at the 1939 World’s Fair in New York City, where a perfusion of a canine thyroid drew large crowds. Of course, the scientific marvels were compelling, but the name recognition of both the Nobel scientist and—even more so—the young American aviator were likely what drew the most attention. A one-sentence press release about the exhibit made copious use of the word famous:

“The famous Lindbergh-Carrel mechanical heart, the device on which the world-famous transatlantic flier collaborated with the world-famous scientist, is one of the focal points of interest in the Medicine and Public Health Building at the New York World’s fair.”

Max Wallace, one of Lindbergh’s recent biographers, argues that Carrel consciously capitalized on the pilot’s fame for his own professional advancement. Indeed, multiple examples of how Carrel presented their work relationship to the press is evidence of such a conscious attempt. One article, for example, notes that Carrel gives Lindbergh “all the credit” for his success. Carrel’s “boundless admiration” for Lindbergh is summed up with a quote: “Not only is he very intelligent, but, what is very important in achieving success, he is also very obstinate and teanacious, so that he does not admit defeat.” He missed few opportunities to publicize the collaboration. But both parties benefitted. Lindbergh was able to exploit his position as a renowned figure in American consciousness to open doors into Carrel’s laboratory and Carrel used the aviator’s name to further his own research.

Perhaps it was fame in this moment that sheds some light on why Lindbergh is rarely remembered for this contribution to science history. Several dozen Lindbergh pumps were built between 1935 and 1938, though these were generally abandoned due to changing professional attitudes about the benefits of isolating organs, as well as Carrel’s retirement, the onset of World War II, and the more widespread political accusations against both men.

In the mid-1950s the idea was revived for open heart surgery and later for the maintenance of donor organs, but new methods of organ perfusion quickly supplanted the Lindbergh device. This in no way means that the Lindbergh pump was a failure. On a personal level, Lindbergh met his goal—to help determine a way to surgically intervene to fix diseased hearts.

Though he was too late to save his sister-in-law, the work that he did with Carrel laid the groundwork for the medical innovations that would later save those with similar diagnoses. The quick obsolescence of the device doesn’t render it inconsequential, or a mere blip in medical research—this is simply how the history of science is read, with early devices and techniques informing future developments. In this case, the lessons derived from the Lindbergh-Carrel collaboration were substantial.

Yet it is easy to see how, when considering Lindbergh’s legacy, the early widespread excitement might die down when it became clear that Lindbergh was, in fact, simply the engineer of a now obsolete medical device. So while Lindbergh was important in the larger history of organ perfusion and medical technologies (though perhaps it is still an overstatement to say that the name he left in biology was as illustrious as that in aviation), many might argue that medical technologies are not quite as important to the historical memory of Lindbergh—though perhaps worthy of at least one more paragraph on his Wikipedia page.

Lindbergh's profusion pump is on view through September 2016 in the "Science Under Glass" exhibition at the National Museum of American History in Washington, D.C. 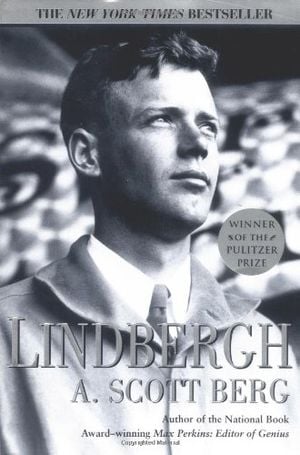 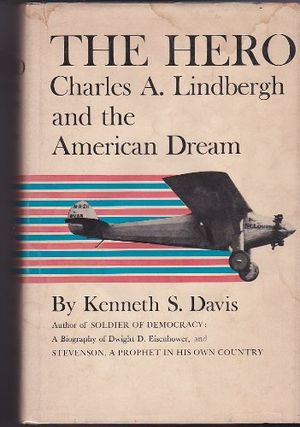 The hero: Charles A. Lindbergh and the American dream 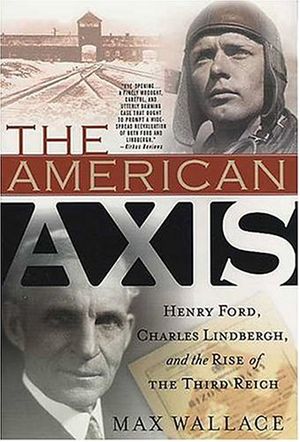 The American Axis: Henry Ford, Charles Lindbergh, and the Rise of the Third Reich