Last week, the International Association of Art Critics made an announcement that surprised National Portrait Gallery historian David Ward. As part of their annual awards in 12 categories, they named "Hide/Seek: Difference and Desire in American Portraiture," a show he curated with Jonathan Katz of SUNY Buffalo, the best thematic museum exhibition in the country for 2011.

"It just came out of the blue," Ward says. "I'm really happy for any recognition that "Hide/Seek" receives, and an honor this prestigious is especially rewarding. We're among some of the top art exhibitions of the last year, so it's just really gratifying."

The show, which was exhibited at the Portrait Gallery from October 20, 2010 through February 13, 2011, broke new ground as the first major museum exhibition to focus on the role of sexual difference in contemporary portraiture. "The National Portrait Gallery has long been dedicated to tracing the rise and expansion of civil rights in America and the extension to all its people of the promises made in the Declaration of Independence,” said Martin E. Sullivan, director of the National Portrait Gallery, in a press release noting the award. “It is the first exhibition to chronicle the import of lesbians, gays and other sexual minorities in the making of American culture, and I am pleased that it has been awarded such a fine recognition.” 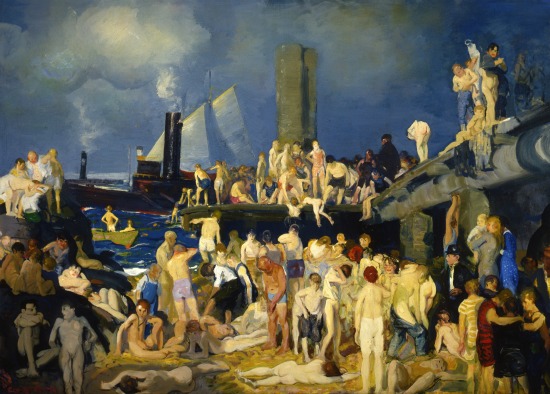 The exhibition has since traveled to the Brooklyn Museum in New York, and is now on view at the Tacoma Art Museum in Tacoma, Washington. It includes works stretching from the 1880s to the present day, focusing on the evolving role of sexual orientation in art over the course of the 20th century.

Ward, who recently returned from Tacoma where he helped set up the show, will head to New York for the April 2nd award ceremony, which will honor a total of 24 award recipients in 12 categories.

"I'm really pleased, and Jonathan Katz, the co-curator, is as well," Ward says. "It's a big thing that the Portrait Gallery is being talked about in the same breath as all these other exhibitions. I think it's great for the Portrait Gallery and the Smithsonian as a whole."