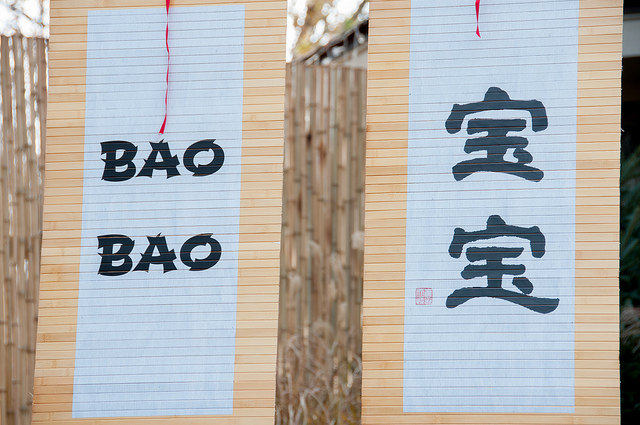 The votes are in—123,039—and today, December 1, 2013, marked the 100-day anniversary of the birth of the giant panda cub on August 23. This afternoon in a festive ceremony, attended by Ambassador Cui Tiankai from the People's Republic of China, Kerri-Ann Jones of the U.S. State Department and the Secretary of the Smithsonian Institution Wayne Clough, the female cub was given a name.

Bao Bao, meaning "precious or treasure" in English, was the name bestowed upon the much-celebrated new cub. It was one of the five Mandarin Chinese names, including Ling Hua (darling or delicate flower), Long Yun (long means dragon and yun is charming), Mulan (a legendary woman), Zhen Bao (treasure and valued) selected by a officials and voted on by the cub's online fans.

“When this cub was born last summer, I was thrilled,” said Dennis Kelly, director of the Smithsonian’s National Zoo, according to official reports. “It was a great moment for the National Zoo. Bao Bao symbolizes 41 years of research and collaboration both at the National Zoo and in China. We’re grateful to everyone around the world who voted to name her and help us celebrate today.”

The ceremony also included special video messages from First Lady of the United States, Michelle Obama, and First Lady of the People’s Republic of China, Peng Liyuan. After the naming ceremony, Chinese lion entertainers danced their way to the giant panda yard where Tian Tian, the father of the cub, was treated to a frozen concoction of specialty foods.

Zoo officials haven't set an exact day yet when the cub will make its public debut, except to say "January 2014."