This Year’s Outwin Winners Challenge the Norms of Portraiture 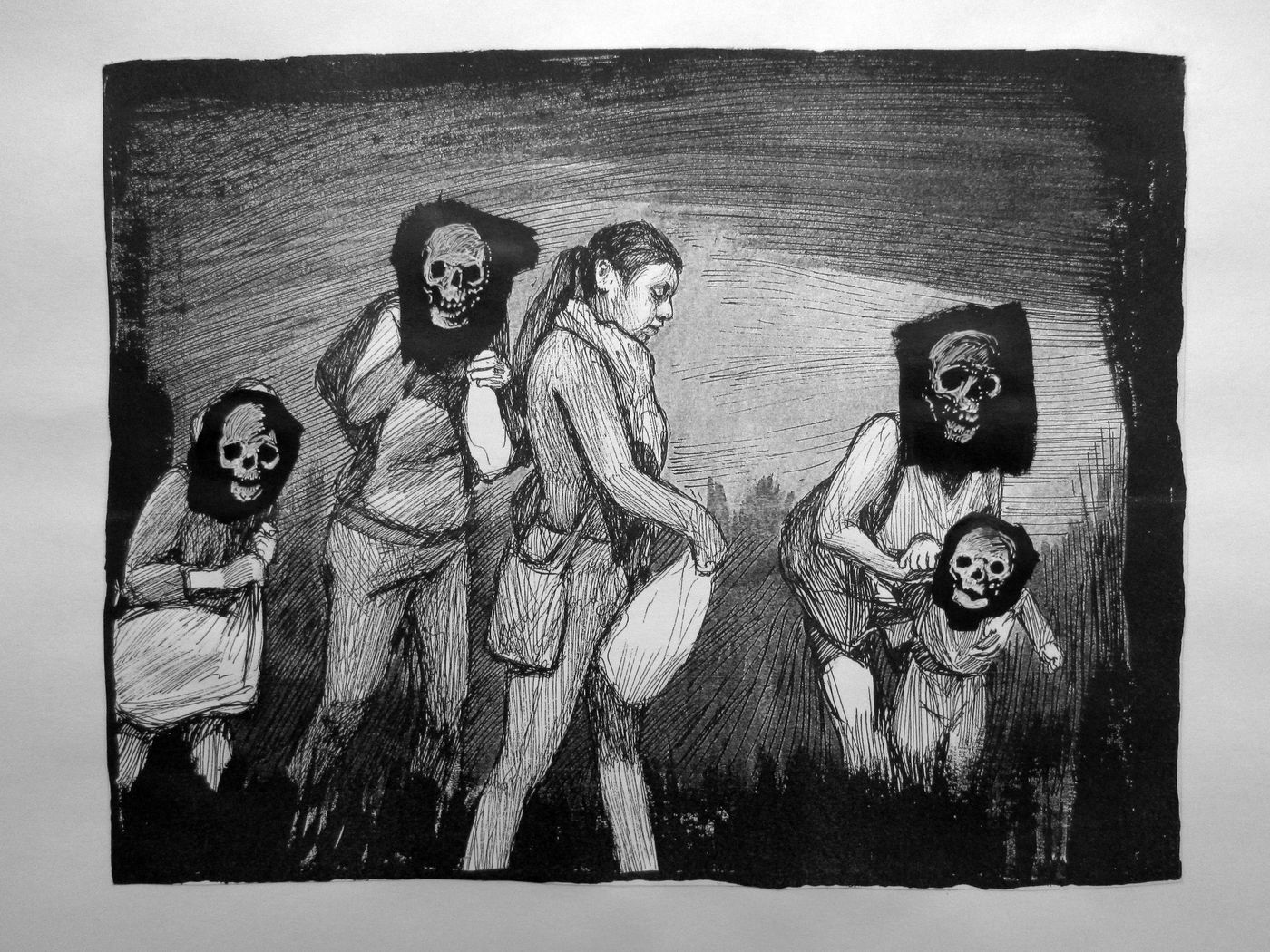 Portraiture is due for a reframing. Although the art form has traditionally served to memorialize the affluent and the powerful, the finalists of the 2019 Outwin Boochever Portrait Competition point to a future where portraits empower the disenfranchised.

The triennial competition, founded in 2006 by an endowment from the late Virginia Outwin Boochever, calls for artists to “challenge the definition of portraiture.” First-prize winner Hugo Crosthwaite does just that. His 2018 stop-motion animation, A Portrait of Berenice Sarmiento Chávez, illustrates one woman’s journey from Tijuana, Mexico, to the United States.

“What's fascinating about the portrait is that it's not a static work of art,” says Taína Caragol, co-curator of the exhibition. The animated portrait is composed of some 1,400 photos Crosthwaite took throughout his drawing process. Based on the story of a woman the artist met in his hometown of Tijuana, the work follows Chávez on her pursuit of the American dream. Caragol says the animation includes some moments that may feel dramatized, but symbolize the struggles Chávez encountered throughout her journey.

"When she told me this story, it had a lot of fantastical elements, elements that you doubted if they were true," Crosthwaite says. "But it didn’t matter because it was her story . . . We are defined by our stories. We present the story that we tell ourselves, or that we tell others, as our portrait."

Crosthwaite adds that Berenice's journey speaks to "universal truths," like the persistent pursuit of a better life. Her story has all of the elements of an epic odyssey, he says. "You struggle to reach a goal, then you reach it and the goal might not be exactly what you wanted. And then you end up back in Tijuana, but you’re still dreaming."

Dorothy Moss, the director of the 2019 Outwin competition and co-curator of the exhibition, says immigration is among many contemporary themes that came up in this year’s more than 2,600 entries. She says the call for submissions encouraged artists to respond to “our contemporary moment,” yielding work that touched on LBGTQ rights and activism, the Black Lives Matter movement and gun violence. For the first time, this year’s rules also allowed artists to look to the past and memorialize historical figures who may not have been represented in portraiture in their lifetime.

“In this competition, you see work that is about the contemporary moment and about issues that we are all grappling with as we watch the news,” Moss says. “But we are also showing work about historical figures whose lives may be at risk of being erased if they aren't represented by artists today.”

Many of the other portrait subjects are simply ordinary people. Second-prize winner Sam Comen captures the enduring spirit of the American worker in Jesus Sera, Dishwasher (2018). The man depicted looks “proud, but also weary,” Moss notes. Another portrait, Our Lamentations: Never Forgotten Daddy (2018) by Sedrick Huckaby depicts a woman wearing a T-shirt with her late father’s face printed on the back, which is part of a series that addresses the disproportionate death rate in communities of color.

These portraits that empower the unseen represent an interesting development in the genre, Caragol says. “There is a realization by artists of how powerful a portrait can be to assert the presence and to affirm the dignity of individuals,” she says. “They present the harsh realities that many people who are vulnerable in our society face, but without victimizing the person, instead showing them as strong, resilient, holding power within.”

This year’s finalists not only challenged conventions of who sits for a portrait, but also embraced nontraditional mediums such as video and performance art. Sheldon Scott’s Portrait, number 1 man (day clean ta sun down) (2019) is the first performance art piece in the Outwin’s history. From sunrise to sunset six days a week, Scott will kneel on a piece of burlap and hull rice grown in South Carolina, where his ancestors were slaves. Visitors are encouraged to sit and meditate as they watch his methodical work, which will continue through Nov. 2.

One commended video piece, Self-Portrait (2017) by Natalia García Clark, poses a question to viewers: “How many steps can I take until I disappear from your perspective?” The artist then walks away from the camera into a barren landscape until, after six minutes, she is no longer visible to the viewer. “It’s a piece about how the measure of our existence is in relation to each other,” Caragol says.

The experimental nature of these pieces, when combined with the contemporary subject matter, conveys a sense of urgency that Moss has never seen in prior competitions. She also directed the 2013 and 2016 Outwin competitions, and she notes that artists were especially bold in their submissions this year.

Moss says the selection of portraits displayed in “The Outwin 2019: American Portraiture Today” exhibition offers an opportunity to connect with people whose lives are affected by the various issues portrayed in the artwork. “Standing in front of portraits and talking about the lived experience of others is a way to create community, to promote dialogue, and often to come to an understanding or see a different perspective,” she says. “It's a good way to come together and to feel a sense of community during a time that is divided.”

The 46 finalists’ portraits will be on display in “The Outwin 2019: American Portraiture Today” at the National Portrait Gallery Oct. 26 through Aug, 30, 2020.