It looks so much like an intelligent robot that it hardly seems fair to call it a dummy. For decades it languished in a warehouse at the National Air and Space Museum’s Paul E. Garber storage facility in Suitland, Maryland, and no one knew what it was. “It used to sit, covered with dust and filthy, in a sort of homemade chair, for years and years,” says NASM curator Paul Ceruzzi. “Everybody, every day would walk past it and sort of chuckle at it. And it’s like, ‘What are we doing with this thing?’”

The mystery was solved when Mike Slowik, a businessman in suburban Chicago, contacted Ceruzzi. In the early 1960s, Slowik’s late father, Joe, an engineer at the Illinois Institute of Technology in Chicago, created an articulated dummy for NASA, to test astronaut spacesuits. “From that moment on,” Ceruzzi recalls, “I said, well, gee, this is actually pretty important.”

In the early years of the Apollo program, NASA needed an objective way of evaluating different spacesuit designs. The problem was a human subject could offer only subjective impressions, says Joe Kosmo, a retired NASA suit engineer. “I can get in a spacesuit and say, ‘Yeah, it’s a little hard to move...to flex the elbow takes a little more force than that other suit that had the different elbow.’ But I couldn’t give you numbers. I couldn’t tell you the range of the motion and the degrees.”

Joe Slowik’s creation was a hydraulically powered figure weighing 230 pounds, its height adjustable from 5 feet 6 inches to 6 feet 2 inches. Under its aluminum skin a network of nylon tubes circulated oil at a pressure of 1,000 pounds per square inch. The high fluid pressure powered the dummy’s hydraulic activators to move the joints. During testing at NASA’s Manned Spacecraft Center in Houston the dummy was suspended from the ceiling. Standing at a nearby console, an operator could turn knobs to make the dummy’s 36 joints execute remarkably lifelike actions. Sensors measured the precise motion and amount of force exerted by each joint.

“It was impressive on the motions it could make, very humanlike motions,” Kosmo recalls. In a filmed demonstration, viewable below or on YouTube, the android performs leg lifts and arm raises, runs in place, and swivels its hips like a slow-motion Elvis Presley. It could even shake hands. But there was one nagging problem: It leaked. One of the great technical challenges had been that hydraulic valves small enough to use in the dummy couldn’t be made sufficiently strong to handle the fluid pressure required to move the joints of a pressurized spacesuit. To contain the leaking oil, Kosmo dressed the dummy in a scuba diver’s wet suit. But the problem was never solved, and the dummy never got to do its job.

“You couldn’t place the dummy inside a one-of-a-kind spacesuit,” says Kosmo, “Leaking oil would contaminate the suit. We didn’t want to risk ruining a suit.” (A single spacesuit would cost the equivalent of $750,000 today.) Kosmo believes that a solution could have been found. But under the looming end-of-the-decade deadline for sending humans to the moon, he explains, NASA’s focus was, “how do you build a better spacesuit, not how do you build a better robot.” Kosmo says NASA had already spent an amount equaling almost $2 million today on the project, and “you’ve got to draw the line somewhere.” Sometime in 1967 Kosmo’s boss told him, “Get rid of it.”

But there was still hope for Joe Slowik’s dummy to reach its full potential. By 1968 it had found a new home at Ohio’s Wright-Patterson Air Force Base, where researchers in the bionics branch wanted to use it to create a true android. They planned to replace the dummy’s hydraulic actuators with electronic ones. Most intriguing, they wanted to hook it up to a computer to create what they called a “learning machine.” We’ll never know whether they would have succeeded; the bionics branch was disbanded in late 1968. The dummy was later purchased at auction and donated to NASM in 1986.

If Joe Slowik was frustrated by the fate of his creation, he didn’t let on. “He was very proud of it,” his son Mike says. “In our family we referred to him as our long-lost brother, because my dad spent so much time working on the darned thing we hardly saw him for a year or so.” Today, with a humanoid robot—NASA’s Robonaut 2—aboard the International Space Station, it seems as if the descendants of Joe Slowik’s articulated dummy are hard at work in the real world. 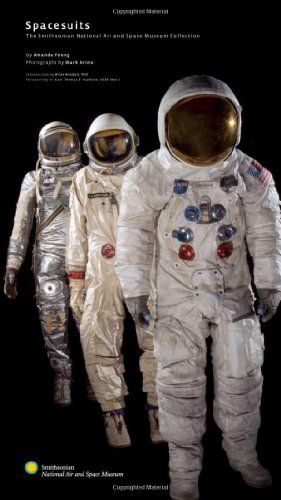