The celebrated architect Hector Guimard was also a passionate advocate for workers’ rights, even as he honed his reputation in the business of luxury 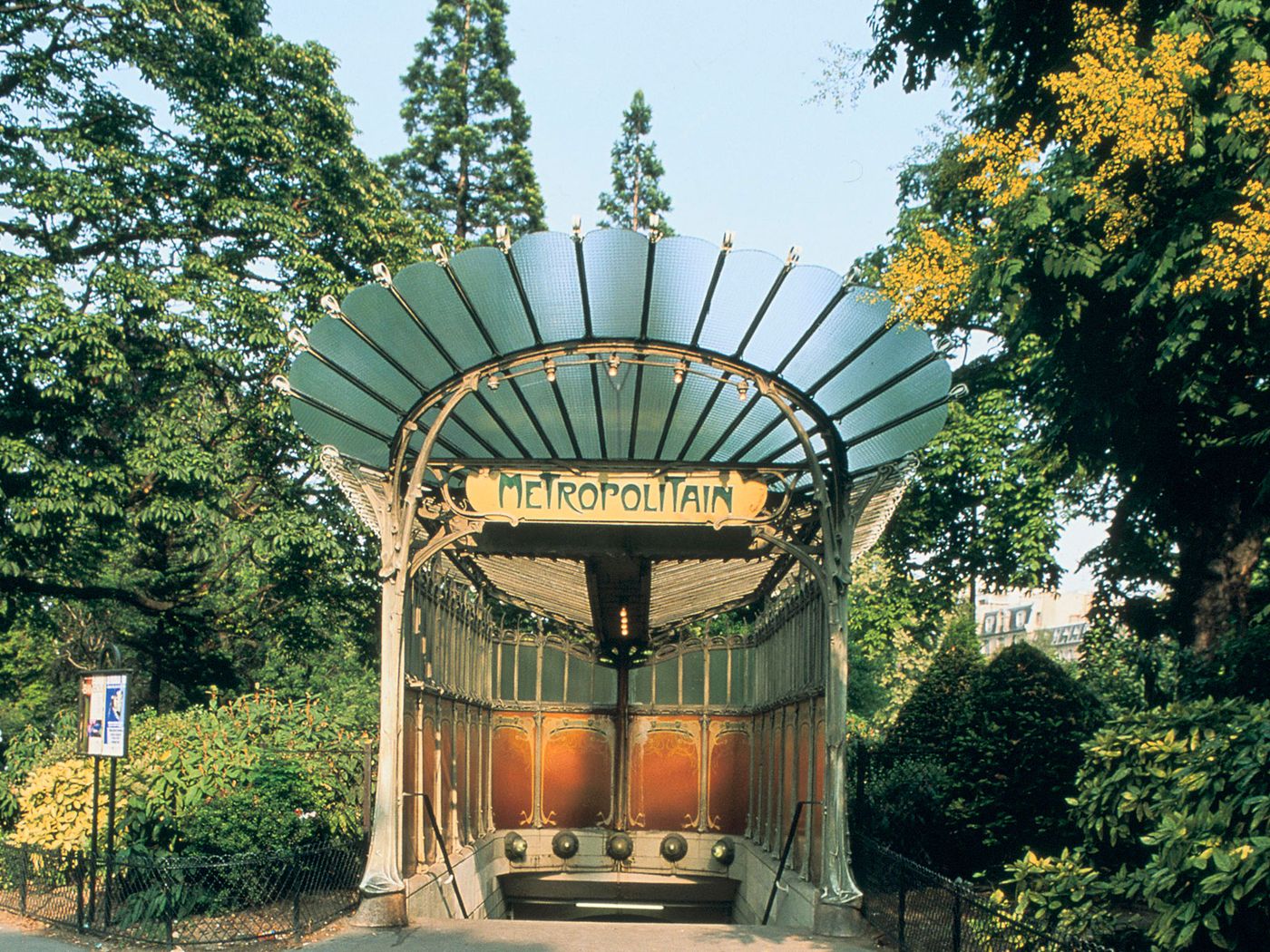 Hector Guimard, who gained acclaim from his work with the Paris Métro subway system, is the subject of an exhibition on view at the Cooper Hewitt, Smithsonian Design Museum in New York City. Michel Renaudeau, Gamma-Rapho via Getty Images

The French architect Hector Guimard was a trailblazer in Art Nouveau design—and in the art of marketing. In 1903, Guimard published a set of hand-colored postcards to publicize his work. Anointing himself an “architect of art,” he had each card emblazoned with the mottoes Le style Guimard and Hector Guimard, Arch’te d’Art.

By the reticent standards of his day, his self-promotion went well beyond “notions of decorum and modesty,” says Yao-Fen You, curator of the new exhibition “Hector Guimard: How Paris Got Its Curves” at the Cooper Hewitt, Smithsonian Design Museum in New York City. “He wanted to make a name for himself.” 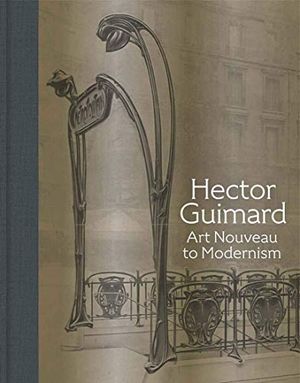 A beautifully illustrated retrospective of Art Nouveau architect and designer Hector Guimard, positioning him at the forefront of the modernist movement.

By that point, Guimard was already one of the best-known architects and designers in France. The “architect of art” specialized in creating total environments, integrating luxury materials with unconventional substances like cast iron, working with sinuous lines and asymmetrical biomorphic shapes.

For wealthy clients, he might design an entire mansion and its contents, including metalwork, house numbers, curtains and wall coverings, furniture, and desktop baubles. You, who is the museum’s senior curator and head of product design and decorative arts, says, “He was designing a lifestyle.”

But inside this promoter of luxury goods breathed the spirit of anarchism.

Guimard was a pacifist and a passionate champion of the worker. When the French Human Rights League was founded in 1898, Guimard was among the first to join. This was “the intellectual current” he swam in, You says.

In France at the end of the 19th century, an elite list of artists and literary figures adopted the philosophy of anarchism, not as a movement to overthrow the state but as a vision of absolute personal freedom. “Courbet, Pissarro, Seurat, Signac, Mallarmé —they were all sympathetic to this as a philosophy,” You says. “It was about stressing the individual.”

Guimard’s concern for working people took shape in his designs for the entrances to the new Paris subway system, the Métro.

Guimard saw the Métro as a source of freedom of movement for workers and a place where social classes would mingle. Today his entrances are icons of vintage Parisian charm, but when they were built around 1900, they were as bracingly modern as the subway itself. Guimard used cast iron and cast glass in new ways, and he developed an efficient system of modular parts that could be quickly assembled, like Legos, for different purposes.

With its Art Nouveau asymmetry and swooping plantlike curves, Guimard’s Métro design was radical, You says, “and it was a shock.”

Even his lettering for the entrances sent one pundit into fits: “These disorderly hieroglyphics cause excusable mirth to little children and stupefaction to foreign visitors,” the critic complained, adding: “For the honor of French taste, these ridiculous inscriptions must be done away with.”

World War I brought a sudden end to Guimard’s high-end commissions, and Art Nouveau fell out of fashion almost overnight. You thinks the disruption unleashed by war turned people away from Art Nouveau’s exuberance, toward more traditional or streamlined forms. No one wanted to “see that chaos visualized,” she says.

After the war, thousands of houses had been destroyed, and Guimard, entrepreneurial as ever, set to work designing what he hoped would be fast and affordable replacements. Between 1920 and ’21, he filed a flurry of patents for his Standard-Construction system of prefabricated housing. He planned building blocks of cast stone or wood that would be fixed into place with concrete and iron bars. The pieces were modular, so they could be used to build houses of any size, in cities or the countryside. And they would be mass-produced in a factory and shipped to the site.

Other architects and manufacturers of the time were likewise developing prefabricated, DIY or modular houses, enabled by the new century’s industrial advances.

In the United States, Sears, Roebuck and Co. sold its first kit homes from its catalog in 1908, delivering all the ingredients for a house; tens of thousands would be built over the next three decades.

Architectural historian Barry Bergdoll, writing in the exhibition’s catalog, notes that after World War I, avant-garde architects in Germany and the Soviet Union as well as France pursued the “industrialization of housing” and the potential for factory-built homes. In the 1910s and early ’20s, architects from Le Corbusier to Frank Lloyd Wright produced plans for affordable housing using modular systems similar to Guimard’s.

In the end, only one of Guimard’s modular houses was built, in Paris, where it still stands. His system apparently worked. Construction was completed in a matter of days.

Although Standard-Construction never took off, You marvels at the ambition behind it. Guimard remained dedicated to labor rights. By creating a simple system for prefabrication and construction, he envisioned that his houses could be assembled by ordinary workers, without the need for skilled craftspeople or management oversight.

“He was trying to change the economic preconditions under which things were made,” You says. “To empower workers.”

In this, she says, he was taking on the issues of his day. “Yes, he’s a phenomenal designer, but he’s also responding to the challenges posed by that certain moment.”

“Hector Guimard: How Paris Got Its Curves” is on view at the Cooper Hewitt, Smithsonian Design Museum in New York City through May 21, 2023. The exhibition will travel to the Richard H. Driehaus Museum in Chicago from June 22, 2023 through January 7, 2024.