Not too long ago, a chief from Benin City in Nigeria visited the National Museum of African Art in search of a photograph of the oba, the ruler. The chief had heard that the oba’s photograph was there for an exhibition on Benin art, but by then the exhibition had closed decades prior to his arrival. As he was leaving, a curator recognized his robes and asked where he was from. That started a conversation about Benin photography, and on that topic, one person stands out—Chief Solomon Osagie Alonge.

In the late 19th century, when the British took control of Benin City, they brought with them their photographic traditions. Portraits were rigid and British photographers depicted locals through a colonialist lens. That changed when Alonge became the first indigenous royal court photographer. An exhibition on Alonge’s life and the history of photography in the region, "Chief S.O. Alonge: Photographer to the Royal Court of Benin, Nigeria,” opens today at the African Art Museum.

Benin City is the capital of the Edo state and has been home to the Benin people for 800 years. An oba had reined continuously since the 12th century, until the British arrived in the late 1800s and exiled the ruler. In 1914, the British installed a new oba, and when his son took over in 1933, Alonge became his court photographer.

Alonge’s work spanned half a century. He first learned photography in the 1920s and because his grandfather had been a chief, he was able to take the court photographer position around 1933. Alonge documented rituals and pageants, while also operating a portrait studio and photographing the local people. “He was important in terms of the ceremonial aspects of Benin culture, but also just the everyday, social history of Benin,” says archivist and exhibition curator Amy Staples. Alonge became known for his mastery of “editing” techniques, such as hand-coloring prints.

Though the British remained in the region until 1960 (Alonge photographed Queen Elizabeth’s visit in 1956), Alonge helped usher in an era of Nigerians representing themselves and acting as keepers of their own history. “There’s a real shift for how Africans were represented,” Staples says about Alonge’s work. “Before, the British were the only ones who were holding the camera. And what he allowed the subjects to do was to present themselves in a way that they felt was dignified.”

“Photography is an engaging way to provide insight into a continent from which we all descended,” museum director Johnnetta Betsch Cole said at a press conference yesterday.

The exhibition includes Alonge’s photographs, as well as artifacts related to his life and Nigerian history and culture. Staples and curator Bryna Freyer built on the work of Flora Kaplan, an ethnographer who has been studying Alonge since the early 1990s and visited the photographer before his death in 1994. Staples also traveled to Benin City in preparation for the exhibition. She tracked down and interviewed subjects from Alonge’s photographs, some of whom had posed as children or teenagers and are now in their 70s and 80s.

Among the first visitors to the exhibition this week were members of Benin’s royal court and Alonge’s family. Samuel Arasomwen, who worked as Alonge’s assistant for 70 years, spoke of his longtime friend and teacher, his eyes glistening. “Alonge is the one who brought me up,” Arasomwen said at a press conference. “He made me what I am today.”

Also visiting the exhibition was Prince Ademola Iyi-Eweka, grandson of the oba who served from 1914 to 1933.

Alonge’s eldest daughter, Christiana Uzebu, looked around the exhibition until her eyes met the image of a familiar face—hers. She was only three years old in the photo, but said she remembered when her father took it around 1950. “When he takes photos, it doesn't fade in time," she said. She was speaking literally, but now Alonge’s legacy has even less a chance of fading.

“Chief S.O. Alonge: Photographer to the Royal Court of Benin, Nigeria” is on view at the National Museum of African Art through September 13, 2015. 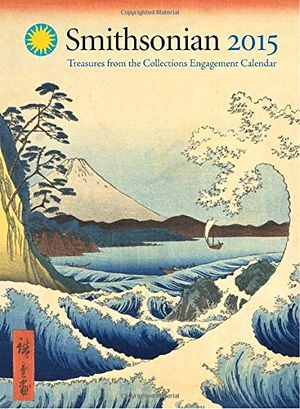 Treasures from the Smithsonian Engagement Calendar 2015