The job of First Lady is rarely sought-after by the office holder. The position comes with no official duties. And Americans’ widely diverse expectations of what they want from a First Lady makes it an especially fraught occupation. Some 55 women have made the best out of what being married—or related to—the President demanded, but they weren’t always recognized as important people in their own right—and thus, subjects for portraiture.

The Smithsonian’s National Portrait Gallery is seeking to right that wrong, with the exhibition, “Every Eye is Upon Me: First Ladies of the United States,” now on view through May 2021. The museum also began commissioning portraits of First Ladies in 2006, “with an eye to the future, so [it] would never again be the case,” that these women were not properly represented, says Gwendolyn DuBois Shaw, the show’s curator and a senior historian at the museum.

The Portrait Gallery is also answering the call of visitors to its presidential portrait gallery, who have clamored for an exhibition devoted to these women. The museum plans to eventually have a permanent display of First Lady portraits to complement the presidents’ gallery.

The 60 portraits—photographs, drawings, silhouettes, paintings and sculpture—memorabilia, and garments, from Martha Washington to Melania Trump, were borrowed from multiple sources, including the National First Ladies Library, various presidential libraries and private collections. About a dozen are from the White House, where they were kept out of public view.

“We literally could not have done the exhibition without them,” says Kim Sajet, the National Portrait Gallery’s director.

Some First Ladies were frequently featured in art works and have been the subject of speculation, fascination and sometimes unwanted attention. “Every Eye is Upon Me” is taken from a letter that Julia Gardiner Tyler, wife of 10th President John Tyler, sent to her mother in 1844, acknowledging that she understood that her every move would be subject to scrutiny.

Others were almost invisible, either literally or figuratively.

There are no verifiable surviving painted portraits of Mary Todd Lincoln, wife of Abraham Lincoln. The show depicts her through an 1861 Albumin silver print from the studio of Washington, D.C. photographer Matthew Brady. In the photograph, she is wearing a flower-bedecked headband and an off-the-shoulder hoop-skirted floral-printed dress, reflecting her love of couture. Lincoln bought many dresses from, and formed a close bond with, the Washington-based dressmaker and former slave Elizabeth Hobbs Keckley, who had purchased her way to freedom using the money she’d earned with her sewing skills. Post-Civil War, Lincoln raised money for Keckley’s Contraband Relief Association, which assisted newly-freed people in Washington.

No representations exist at all of Margaret Taylor, wife of the 12th president Zachary Taylor. Before her husband came to Washington, Taylor had raised 10 children amidst frontier life in Army forts. She declined to take on the hostess role of the First Lady—perhaps because she was just tired, says Shaw. First Lady duties were instead assumed by the Taylors’ daughter, Mary Elizabeth “Betty” Taylor Bliss Dandridge. First Ladies of the United States

Each first lady has brought her own priorities and flair to the position that has never been officially defined. They have served as hostesses, trendsetters, activists, and political players. First Ladies of the United States features 84 portraits of the nation's first ladies, as varied in style and representation as the individual women they depict. From watercolors and oil paintings to engravings and photographs, this catalogue from Smithsonian Books celebrates the legacy of first ladies throughout history.

The portraits on display are as varied as the women themselves. Some are full-length formal oil paintings showing resplendent woman dressed luxuriously and posed against elegant settings, such as the one of Caroline Lavinia Scott Harrison, wife of the 23rd president, Benjamin Henry Harrison. In the 1894 oil painting by Daniel Huntington, Harrison’s regal stature is marked by the folds of her satin dress and the coif of her hair.

“As she left office, she really asserts control over how her name and how her power will be used,” says Shaw, noting that the college-educated Harrison insisted that if Johns Hopkins University in Baltimore wanted her financial help to establish a medical school, it had to admit women.

“This is the kind of move we see first ladies making as the 19th century begins to close where they start to assert that cultural capital that they’ve developed in the White House,” Shaw says.

Helen Herron Taft is also depicted in an elaborately-framed full-length 1910 oil painting. Taft was an enthusiastic First Lady, having pushed her husband William Howard Taft to position himself for the eventual nomination. An avid gardener, Taft had 3,000 Japanese cherry trees planted along the Tidal Basin in Washington. In her portrait, as she sits jauntily among exotic plants, the White House can be seen peeking from behind her right shoulder. Taft is wearing a white, body-clinging silk gown with a plunging neckline and elaborate sheer silk wrap.

Taft was the first to donate her inaugural ball gown to the Smithsonian Institution, which helped establish the First Ladies dress collection, now housed at the National Museum of American History.

The exhibition features four garments worn by First Ladies: a short cape worn by Mary Lincoln and made by her go-to designer, Keckley; one of Jackie Kennedy’s tailored suits; Nancy Reagan’s second inaugural gown, by James Galanos; and the dress by Michelle Smith (Milly) that Michelle Obama wore for her official portrait, which is also part of the show.

The outfits in the show are placed next to each other in five-sided clear jewelbox displays that provide 360 degree views. The display—which also gives visitors sight lines to each of those four First Ladies’ portraits—affords a sense of the differing body sizes and heights of those women, says Shaw. The arrangement also allows “visitors to imagine themselves physically in relation to these First Ladies,” she says.

Each garment speaks to some aspect of the women’s personalities and philosophy, says Shaw. For instance, contrary to popular belief, Kennedy’s suits were not expensive French originals. She had Chez Ninon, a New York-based dressmaker copy the Chanel suits and other French designs she loved, acquiring them at a much lower price.

Obama’s dress was cotton poplin, a simple fabric accessible to most Americans. It speaks to certain values that “Mrs. Obama took up as a sartorial style that she became well known for,” says Shaw. The curator will further explore the power and representations of First Ladies’ clothing in a conversation with designer Michelle Smith on December 15.

The portraits are not all pomp and circumstance, however. Many reflect a down-home or less-sophisticated vibe or have a less-formal look.

The simple pastel showing only a shoulders-up portrait of Rosalynn Carter that was done in 1976 by Robert Clark Templeton could pass for a study for a more formal work. Carter, wife of Jimmy Carter, wears a mock turtleneck and a tied silk scarf—emblematic of the understated “just folks” approach she and her husband brought to the White House.

Lou Henry Hoover, portrayed in a 1928 photograph by Edward Steichen, wears her white-gray hair in a bob and her unadorned long-sleeved dress is marked only with a sailor collar. Hoover spoke many languages, including Mandarin, was highly educated and defied segregationists by hosting the African American wife of a congressman for tea at the White House. The photo was published in Vogue. It was the first time a First Lady had ever been featured.

“Every Eye Is Upon Me” and its accompanying catalogue, researched and written by Shaw, often reveal nuggets that Americans might not have learned in history class. In 1885, Grover Cleveland assumed the presidency as a bachelor. He asked his sister, Rose Elizabeth “Libby” Cleveland to take on First Lady duties, which she agreed to, even though she was already an accomplished novelist and editor. Rose only stayed for a year—and then, in 1889, began a relationship with Evangeline Marrs Simpson, a wealthy married woman. Rose Cleveland and Simpson became life partners and moved to Tuscany, Italy, where they are buried side by side.

Grover Cleveland married in 1886, at age 48, taking as his wife a 21-year-old Frances Folsom. She was the daughter of his deceased law partner and had been his ward since her birth. Apparently, the public did not look askance at this relationship. Instead, it embraced and worshiped her, says Shaw. The featured portrait, by Anders Zorn, shows a 35-year-old Cleveland—wearing no jewelry—seated, hands clasped, with her ivory silk off-the-shoulder gown practically blending into the ivory background.

The show also includes a video installation that loops photographs of First Ladies since the 1970s by Anne Leibowitz. The women in these pictures are loose, at home, casual and winking. It’s a great addition that highlights the diversity of the First Ladies and the dichotomies of their lives.

“For me this has been such an interesting journey of discovery,” says Shaw. “I had no idea how diverse they were until I began this project, and how self-possessed and ambitious and smart so many of them were.”

“Every Eye is Upon Me: First Ladies of the United States” is now on view through May 2021 at the Smithsonian’s National Portrait Gallery in Washington, D.C. The museum is open but visitors must obtain free, timed-entry passes prior to arrival. 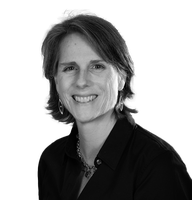