Suspended above a sea of visitors in the Sant Ocean Hall of the Smithsonian’s National Museum of Natural History, the magnificent 26-foot-long Raven Spirit, or Yéil Yéik dugout canoe has come to mean far more than the seafaring vessel did when it was originally commissioned for the museum in 2008.

Douglas Chilton, whose Tlingit name is Yaa nak.ch, and Brian Chilton, or Aan Yaá, are of the Beaver Clan from the Raven House in Angoon, Alaska. They carved the canoe as a symbolic vessel in “recognition of the responsibilities that all human beings share to safeguard and protect our home, this ocean world.”

Beneath this canoe, an eye-catching interactive display coaches respect for the sea—“Who Should Care for the Ocean? Everyone!” And that sentiment is echoed by the recorded voices of Elders from Native communities across Alaska, who share how they were taught to “respect the water and keep it clean because that’s where our food comes from.”

Raven Spirit is an extension of the “canoe movement,” a revival of the artisan craft of building them, as well as a re-appreciation for the health benefits of a paddler’s life. The movement began in 1985 when Haida master carver Bill Reid received a commission to handcraft a replica of a red cedar dugout canoe—one of the last 19th-century vessels of its kind—housed at Vancouver's Haida Heritage Centre. Some even date the canoe movement to the 1970s with the reconstruction of the Hawaiian double hull voyaging canoe—the Hōkūleʻa.

The loss of the canoe tradition, at the beginning of the 19th century, was a result of a scarcity of materials following massive logging of old-growth red cedar in the region, as well as a pressure for Native peoples to assimilate into the “mainstream.”

Bruce E. Johansen, a scholar of Native American studies and the author of a 2012 article entitled “Canoe Journeys and Cultural Revival” noted the decline of the canoe when “Native peoples adapted to new technology during the twentieth century and started using boats made of planks that were powered by outboard motors.”

Yet Johansen wrote, for many maritime peoples around the world, the canoe “framed culture and invoked deep spiritual beliefs in life and death.”

To the “people of the water,” the aboriginal peoples living along the coastal areas of the Pacific Northwest, the 1980s transcendence of the canoe sparked a cultural revival of song, dance and language. But perhaps even more significantly, the paddler movement encouraged sobriety, asking its participants to make a pledge not to drink or to use drugs or to smoke while on a paddle journey, and sought to be a support network in suicide prevention.

The canoe as a response tool for mental health issues comes at a time when American Indian and Alaska Native death rates to suicide are 50 percent higher than they are for non natives.

For Douglas Chilton, the canoe took on new meaning in 2003 at Tribal Journeys, an annual paddle along ancestral water pathways through Puget Sound, Inside Passage and the Northwest Coast that got its start in 1989.

Douglas remembers being mesmerized by a little girl who wandered onto the stage dressed from head-to-toe in ceremonial regalia. She grabbed a microphone that barely fit in her hand, and introduced her entire canoe family in her native tongue. Douglas turned to his son and said, “This is what we need in Alaska.”

In 2002, the Chiltons along with Alicia Armstrong (Aleut), Joe Kindaagoot Isturis of the Coho Clan from Hoonah, Alaska, and Yarrow Sʼáḵjayéi Vraara of the Raven Clan from the Marten House, formed the One People Canoe Society.

Their goal would be to provide an opportunity for all people, no matter their nationality or their age, the experience of traveling in a 30-foot or longer canoe.

Building upon the success of Tribal Journeys, which grew operations from 13 traditional cedar canoes in 1989 to now more than 100 canoes and 10,000 participants from the United States, Canada (First Nations), Hawaii, New Zealand, Japan and the Philippines, the One People Canoe Society adopted protocols like the Tribal Journeys’ Ten Rules of the Canoe, a kind of life lesson plan that offers guidance on respect, trust, support, adaptability and charity; and launched new traditions such as their paddle workshops.

“The thing I really love about the canoe is that you always have to work together no matter what. If you’re not paddling together, you can always feel it. There’s disruption. One person can’t paddle the canoe by themselves, it takes a team,” says Wilbur Lkoowagoon Brown of the Killer Whale Clan from the House that Anchored the Village in Sitka.

But best of all, out on the water, sometimes up to eight hours a day for a week, paddlers have the privilege of learning from their Elders. John Keihéenákʼw Martin of the People of Lituya Bay Clan from the Sockeye House and Carolyn Ḵʼaltseen Martin of the Shark Clan from the Shelter from the North Wind House teach Yáa at wooné, meaning respect.

“In the Western society, there is so much I-ism. If you don’t do this for me, why should I do something for you. Our teachings is to give back twice as much as something that is done for you,” says John Achooasaa Garcia of the Wolf Clan from the Two Door House, who lives in Seattle and paddles often with Douglas Chilton.

“The water is my church, my serenity, my place of deep thought. And everything that happens on the water is a community thing,” he says. “We have to watch what we do. What garbage we create. Make sure we leave the environment in a better way than when we arrive. Make sure our footprints are washed away,” says Garcia.

One of the founding members of Tribal Journeys, Philip H. Red Eagle (Dakota and Puget Sound Salish) is proud that the canoe movement empowers youth to take action on a global level.

“As we have moved through the last 25 years, we have passed through a generation of people attending the journeys,” Eagle says. “Those young ones that began with us as children are now grown adults who have been taking over leadership of these journeys. Along with this participation, our focus on the environment has made these young ones more aware of their environment and they are participating more in the politics of the environment. An example would be ‘sHell No,’ where a number of Native American canoes participated in the Anti-Oil demonstrations.”

The One People Canoe Society’s paddle workshops are a unique and effective way to reach out to those who need help the most. Not only is the Society providing instruction on the crafting of paddles (more than 200 in 2014), which the community can use on future journeys, but they are teaching a marketable craft and saving lives.

“During one of the paddle workshops in the very beginning, we were in one of the smaller communities and we saw a young man walking around who looked depressed,” says Douglas Chilton. “He might’ve been 17- or 18-years-old. Later that same day, we found out he had committed suicide. And I thought if we could just reach out, we don’t know who’s hurting, but if we can reach out, the ones who are hurting might come forward, we could make a difference.”

Brown, the former Southeast Alaska Regional Health Consortium Behavior Health Prevention Program Manager and a Tribal Council member, teamed up with the Society to set up paddle workshops that include a presentation by “1 is 2 Many,” a coalition of Southeast communities that promotes healthy lifestyles.

Besides coordinating logistics for paddle journeys, he flies a special flag from the bow of the ship that symbolizes the courage to watch over each other and to love yourself just as you are.

The song is not owned by any clan and does not have restrictions on use, the Society says. “The composers only ask that the song's intention be talked about when it is sung. The first section is a love song for our children, to let them know that we cherish them and will not walk away. The second part is a chant to the spirit of suicide, pushing it out to sea, away from us. The third part is a victory song, showing a great unity and awareness of one another, surviving and succeeding by embracing our cultures and languages,” reads one of the Society’s handouts.

Roughly translated from Tlingit to English, the lyrics are:

we are the watchmen for our children

our ancestors have paddled up beside us

we will not walk away from you

we sing for you;

all your spirits will be warned

Testimonies of how the Society’s journeys have prevented suicide are numerous. Cynthia Shaa wut x'us' Petersen of the Eagle/Beaver/Wolf Clan from the Beaver House is the skipper of the Yakutat Canoe family. She explains why the journeys are saving lives: “I was raised to know who I am, where I come from, was taught love, respect and our culture. I strongly believe that if a child knows who they are, where they come from—they will never get “lost.”

Today, the Society runs dozens of paddle workshops and paddle journeys a year. They inspired or helped more than 12 communities to paddle biennially to a four-day gathering in Juneau, Alaska, called Celebration, where nearly 5,000 people and 2,000 dancers gathered to honor the Tlingit, Haida and Tsimshian cultures of Southeast Alaska.

To understand the significance of their accomplishments, the next time you gaze upon the museum’s Raven Spirit, imagine a paddler departing for the first time in 110 years from a beach called home.

The skipper calls “Hoo Haa,” the paddler echoes the call. After everyone on the water yells “Whee,” the canoe is pushed off from the shore. The skipper navigates while the paddlers raise their oars in salute—a way of showing gratitude, respect to the people cheering on the beach. Some of the paddlers carry the names of friends, cousins, brothers, and sisters they’ve lost to suicide.

Upon the shore, a dance group beats their drums and sings a traditional song of arriving and leaving. A strong wind combs the beach grass and lifts the soothing lyrics into the sky where two eagles circle with intention. 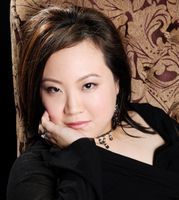 Leslie Hsu Oh is an award-winning freelance writer whose work has been named among the distinguished stories of the year by Best American Essays and is forthcoming in Backpacker Magazine and Washington Post.