When the history of Earth is read, it won't be in words on paper—it will be the fossil record that most clearly tells the story of life, migration, evolution and death on this planet. At least that's the feeling one gets from A History of Life in 100 Fossils, a new book by paleontologists Paul Taylor and Aaron O'Dea. The authors strive to "highlight milestones in the history of life, from its origin to the emergence of modern humans" through 100 fossils. The fossils, taken from both the Smithsonian's National Museum of Natural History and the Natural History Museum, London, range from a 3,465 million-year-old filament to 200,000 to 300,000 year-old skull—potentially that of our last ancestor.

But Taylor and O'Dea aren't the only ones spreading the incredible story of fossils. For five years, the National Parks Service has organized National Fossil Day, a celebration meant to shed light on the important story that fossils can tell. In conjunction with National Fossil Day, the Smithsonian Museum of National History will host a celebration today, including a recitation of the "Junior Paleontologist Pledge" in the museum's Rotunda by more than 400 elementary school students. Part of Fossil Day's mission is to inspire the next generation of fossil enthusiasts and paleontologists. "The Smithsonian and the National Park Service are critical stewards of our nation's natural history heritage," says the museum's director Kirk  Johnson. "For the first time, we have the privilege of hosting National Fossil Day entirely at the Museum of Natural History, and we look forward to sharing our excitement and knowledge about fossils with visitors here in the nation's capital." 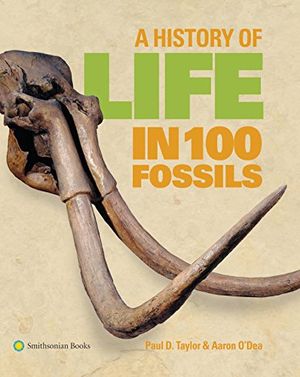 A History of Life in 100 Fossils