The release this week of Michelle Obama’s memoir, Becoming, in which the former First Lady shares her personal stories, including some from her time in the White House, continues a decades-long tradition. Beginning with Betty Ford in 1978, the six First Ladies who preceded Obama each published their own unique versions of an autobiography sometime during their first few years out of office.

These offerings grant American citizens unrivaled access to the human lives inside the country’s highest office, often in ways more genuine and compelling than other histories or biographies on their husbands. What unites the books are that these impressive women unveil personal challenges and political motivations, all while writing American history from inside the White House.

“When First Ladies are liberated from their public role and can operate much more as a private citizen, they simply have more scope for what they talk about and how they can behave,” says Lisa Kathleen Graddy, a curator of political history at the Smithsonian’s National Museum of American History. “They’re not representing, at all times, the United States of America.”

Nellie Taft, the smoking, prohibition-hating, car driving and suffragist-supporting wife of President William Howard Taft was the first First Lady to publish a memoir during her lifetime. In Recollections of Full Years, Taft shared her pride at becoming the first First Lady to ride alongside her husband down Pennsylvania Avenue on the day of his inauguration. She wrote, “perhaps I had a little secret elation in thinking I was doing something which no woman had ever done before.” In total, 11 of America’s 42 official First Ladies, not including those whose personal correspondence was published following their deaths, have authored personal memoirs during their lifetime, often outselling their husbands.

“First ladies still tend to be more mysterious than the presidents,” Graddy says. “We’re always hoping once the First Lady is out of office she’s going to let us in a little more.”

Here’s a taste of the most fascinating and honest stories from these memoirs: 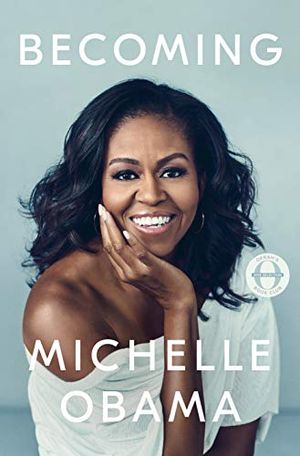 As First Lady of the United States of America—the first African American to serve in that role—Michelle Obama helped create the most welcoming and inclusive White House in history.

In Becoming, Michelle for the first time shares the difficulty she and President Obama faced conceiving their two daughters, Malia and Sasha. Michelle writes candidly about the failure she felt following a miscarriage and her discomfort with self-administering IVF shots while Barack was off at work as a state legislator. As Michelle told ABC’s Robin Roberts, “I think it's the worst thing that we do to each other as women, not share the truth about our bodies and how they work, and how they don’t work.” 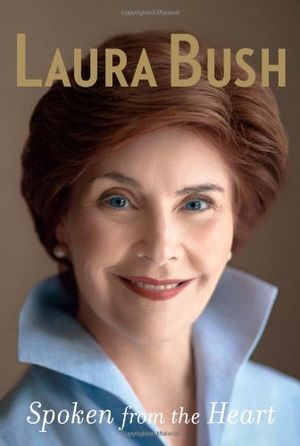 Spoken from the Heart

In this brave, beautiful, and deeply personal memoir, Laura Bush, one of our most beloved and private first ladies, tells her own extraordinary story.

The 2010 autobiography Spoken From the Heart by Laura Bush revealed more detail about her involvement in a tragic car accident. On November 6, 1963, two days after her 17th birthday, Bush and her friend Judy made plans to head over to the local drive-in theater. Bush, driving her father’s Chevy Impala, became distracted as she spoke with her friend. She drove through an unnoticed stop sign and crashed into the less sturdy car of classmate and close friend, Mike Douglas. He was killed, and for years Laura Bush was wracked with guilt. In the memoir, Bush writes about how that tragedy uprooted her life-long faith, something that took years to gain back. 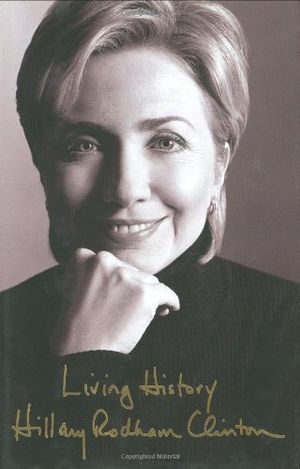 Hillary Rodham Clinton is known to hundreds of millions of people around the world. Yet few beyond her close friends and family have ever heard her account of her extraordinary journey.

“If there be one message that echoes forth from this conference, let it be that human rights are women’s rights and women’s rights are human rights once and for all,” Hillary Clinton told an appreciative crowd at the September 1995 Fourth Women’s Conference in Beijing. Throughout that same speech, Clinton threw jab after jab at the Chinese government for their policies that discriminated against women and girls. The Chinese government blocked the broadcast.

To date, Clinton has written three memoirs. Her first, Living History, published in 2003, caused mass uproar in China. In the officially licensed Chinese edition of Living History, nearly all of Clinton’s disapproving references to the country were cut or otherwise cleansed of any biting criticism. Clinton’s 2014 memoir Hard Choices on her time as Secretary of State includes similarly negative opinions of China. As Hillary’s U.S. publisher put it Hard Choices is “effectively banned” by the People’s Republic. 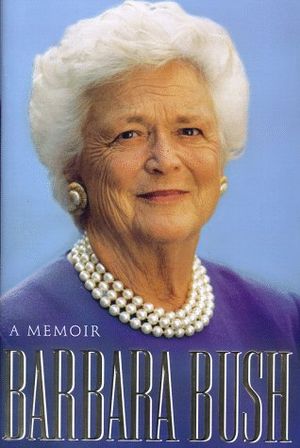 Former First Lady Barbara Bush recounts the exciting and often poignant events in her life, from her secret engagement to George Bush, to the loss of her three-year-old daughter to leukemia, to daily life at 1600 Pennsylvania Avenue.

Barbara Bush on her Mental Health and Abortion Policy

In her eponymous memoir, Barbara Bush wrote candidly about her battle with mental health and personal political opinions. She shared that her bouts with depression in the 1970s would push her to park on the highway’s shoulder, terrified she would purposefully put herself in harm’s way. At the time, she sought no medication and no help, beside from her husband, President George H.W. Bush. Barbara wrote “I almost wonder why he didn’t leave me.”

In a noticeable departure from her husband’s abortion policies, Barbara wrote “let me say again. I hate abortions, but just could not make that choice for anybody else.”

“First ladies tend to stay in line with the administration, they bolster the administration,” Graddy says. “Everyone is always wondering if that’s what they’re really thinking. So, when you get a glimpse at something that says that it wasn’t, it’s interesting.” 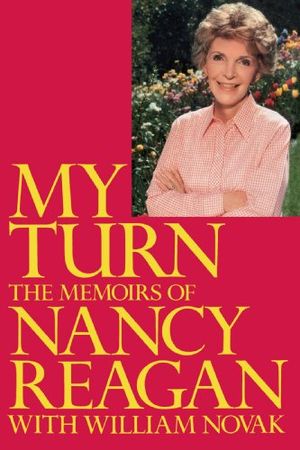 My Turn: The Memoirs of Nancy Reagan

Former First Lady Nancy Reagan discusses her life, the Reagan administration, her shaky relationship with her children and key White House personnel, her husband’s involvement in the Iran-Contra affair, and her bout with cancer.

And, being Nancy Reagan was not always, or even often, pretty.

My Turn, Reagan’s 1989 memoir, was met with little to no fanfare. Nearly every reviewer was turned off by the unapologetic anger and frustration Reagan openly vented. Chief amongst Nancy’s targets was Donald T. Regan, her husband’s Treasury Secretary. One critic went so far as to say My Turn is, “in fact, a book with nothing to commend it.” In addition to going after critics, in the book Reagan defended her fondness for astrology and addressed the assassination attempt against her husband. She wrote that while the near fatal gun-shot wound had no effect on Mr. Reagan’s gun policy it left her “not sure” she agreed with him. 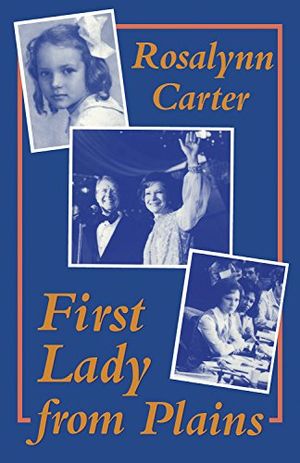 "What ought to be a continuing legacy is Rosalynn's Carter's success in breaking new ground as a First Lady, without uprooting the traditions of the past." --Minneapolis Tribune

As First Lady, Rosalynn Carter viewed herself as a political partner and equal to her husband, President Jimmy Carter. She took more than 200 pages of personal notes at the Camp David summit, which brokered a peace agreement between Egypt and Israel and garnered the President the Nobel Peace Prize. In her 1984 memoir, First Lady from Plains, Rosalynn explains how history would have been different had Jimmy only listened to her advice and reconsidered the 1980 grain embargo against the U.S.S.R, a policy that devastated American agriculturalists and likely contributed to Carter’s failed second-term bid. The American public and press had been critical of Rosalynn’s direct influence on her husband’s policy, yet in her memoir Rosalynn gave no indication that she cared. 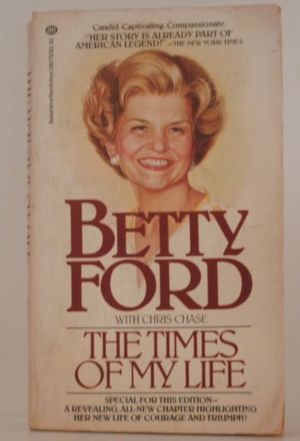 Betty Ford the Times of My Life

"The Times of My Life" is Betty Ford's memoir of life, with all its successes and failures, joys and heartaches.

During her tenure as First Lady, Betty Ford was known to be unapologetic. In 1975, during an interview with CBS’s Morley Safer, Ford spoke openly about her pro-choice political stance, her time seeing a psychiatrist and whether she would or would not try marijuana. Protestors took to the streets, calling her “No Lady.” Yet, soon public opinion flipped as Americans began praising her breath-of-fresh-air honesty, particular in regards to the mastectomy she underwent a year prior. Betty’s memoir The Times of My Life was as telling, raw and engaging as expected.

“When she was out of office, Ford was very forthcoming about her battle with prescription drugs,” Graddy says. In The Times of My Life, Mrs. Ford details the intervention her family held in 1978 to help curb her dependence on pills and alcohol.

“Not being in that public eye in the same way anymore, not being official,”Graddy says, “gave her a freedom to talk about things like that.” The Times of My Life was meet with esteem. Betty followed it up with two more memoirs. 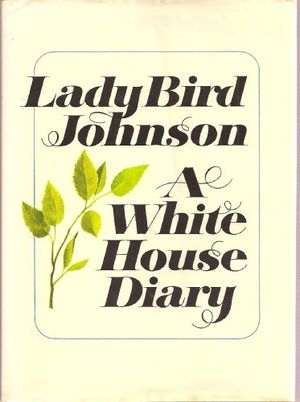 “It all began so beautifully,” reads Lady Bird Johnson’s diary entry from the November 22, 1963, the day of the assassination of President John F. Kennedy. The words open her memoir, A White House Diary, and before you could turn the first page, the shots ring out. “I cast one last look over my shoulder and saw in the President’s car a bundle of pink, just like a drift of blossoms, lying on the back seat. It was Mrs. Kennedy lying over the President’s body,” she wrote. Just a few hours later, she would become the First Lady.

In the same entry, Johnson recalls Jackie Kennedy’s famous words, “I want them to see what they have done to Jack.” In later entries, she takes the reader inside the silent limousine ride to President Kennedy’s funeral, where she and now-President Lyndon Johnson sat beside Attorney General Bobby Kennedy, Jackie Kennedy and her children. Mrs. Johnson wrote, “the feeling persisted that I was moving, step by step, through a Greek tragedy.”

Jackie Kennedy never authored a memoir, neither did Lyndon B. Johnson or Bobby Kennedy, Lady Bird’s diaries of the assassination’s aftermath offered reader’s the earliest and most riveting retelling published in print.

Bianca Sánchez is an editorial intern at Smithsonian magazine, as well as a senior at Northwestern University, where she studies Journalism, Latino and Latina studies and Political Science.