It almost seems like every year brings incredible revelations to the study of human evolution. This year is no exception, 2019 kept researchers (and students) on their toes with a profound focus on discoveries that deliver new twists to old ideas—from previously unknown hominin species to evidence that sheds new light on old questions. If you want to learn more, our favorite annual tradition of marking the year’s scientific highlights can be read here from 2017 and here from 2018.

1) The human family tree gets another branch: Homo luzonensis

Rudolph Zallinger’s March of Progress, an iconic image of human evolution, defined by the walking figures moving from chimp to upright human, reinforces a few common misconceptions. One is that there was a simple progression from more “primitive” forms to more “advanced” forms, with modern humans at the pinnacle of evolution; another is that there was only one species or type of early human around at any one time. Nope.

The best way to understand evolution is to imagine the branches of a short tree or bush. The leaves at the top outside edges are those lineages that have evolved from earlier lineages and are still around today—modern humans and other living primates. All of the branches lower down that twist and turn and end without leaves are extinct species. Some of these branches are part of the same overall lineage that led to us, so they are our ancestors. Others are branches near ours, which end before they reach the top of the tree—they’re essentially our evolutionary cousins.

Enter Homo luzonensis. In April a team led by Florent Détroit from the Musée de l’Homme in Paris, France, announced the discovery of fossil remains of at least two adults and one child of a new hominin species. They were found in Callao Cave on the island of Luzon in the Philippines and date to between 50,000 and 67,000 years old. This discovery was exciting not just because it’s a new species, but because of how it changes our earlier understanding of the first hominin migrations out of Africa and into Asia.

Homo luzonensis was around at the same time as Neanderthals, Denisovans, Homo floresiensis and our own species, Homo sapiens, but it displays a unique mosaic of physical characteristics unlike any of these other hominins. Some of its features look very ancient. For instance, the small size and simplified crowns of its molars and the 3-D shape and curvature of its finger and toe bones look most similar to australopiths, but other features of its teeth are more similar to Paranthropus, Homo erectus and even Homo sapiens.

Since its hands and feet have features that are even more ancient than those of Homo erectus, does this mean that its ancestor is an even earlier hominin that migrated out of Africa? Only the discovery of more fossils will answer that question. Similarly, in 2004 the question of whether an even more ancient species than Homo erectus migrated out of Africa was raised after the discovery of Homo floresiensis. As this new species also has some anatomical features similar to early species of Homo, the question seems even less settled now with the discovery of another late-surviving island-dwelling species outside of Africa.

2) Australopithecus anamensis gets a face

One really exciting fossil find from this year was not a new species, but a new body part of a previously known species: Australopithecus anamensis. First named in 1995, this species was known only from teeth, jaws and some postcranial bones from the sites of Allia Bay and Kanapoi in northern Kenya that dated to between about 4.2 and 3.9 million years ago. But in September, a team led by the Cleveland Museum of Natural History’s Yohannes Hailie-Selassie made a stunning announcement. They had found a nearly complete 3.8 million year old Australopithecus anamensis skull at the site of Woronso-Mille in Ethiopia. This extremely well-preserved skull meant that researchers could finally characterize the face of the earliest known species of Australopithecus. Furthermore, the age of the MRD cranium indicates that A. anamensis overlapped in time with A. afarensis, the species that the well-known fossil partial skeleton “Lucy” belongs to. Why is that important? Until this year, most researchers had thought that A. anamensis gradually evolved into A. afarensis, with no overlap in time. While Hailie-Selassie’s research team say this could still be the case, they think instead it’s more likely to have occurred through a speciation event, in which a small group of genetically isolated A. anamensis, rather than the entire species A. anamensis, evolved into A. afarensis, which then lived side by side for at least 100,000 years.

Ancient DNA is among the most cutting-edge tools that paleoanthropologists use to investigate our origins. In fact in 2010, in a Denisova Cave in Siberia, where both modern human and Neanderthal fossils had been discovered, ancient mitochondrial DNA was extracted from the 30,000- to 50,000-year-old fossil finger bone of a young woman.

But she was neither human nor Neanderthal. She was from an extinct population, which before then had been unknown to scientists. Though their still fragmentary fossil record has meant that scientists have not designated them as a new species, they are called “Denisovans” after the place where their remains were first discovered.

Scientists have since determined that Denisovans interbred with both modern humans and Neanderthals. In April, a new study of 161 modern human genomes from 14 island groups in Island Southeast Asia and New Guinea region led by Murray Cox of Massey University in New Zealand was published. The results indicate that modern humans interbred with at least three Denisovan groups that were geographically isolated from each other in deep time.

One of these Denisovan lineages is found in East Asians, whose DNA indicates a close relationship to the fossil remains found in Denisova Cave. The other two Denisovan lineages diverged from each other around 363,000 years ago and split off from the first lineage about 283,000 years ago. Traces of one of these two lineages is mainly found in modern Papuans, while the other is found in people over a much larger area of Asia and Oceania. The implication? Denisovans are actually three different groups, with more genetic diversity in less than a dozen bones that currently comprise their entire fossil sample than in the more than 7.7 billion modern humans alive today.

Early depictions of Neanderthals, our short, stocky now-extinct relatives who were built for the cold and lived in Europe and western Asia between about 400,000 and 40,000 years ago, portray them as brutish and unintelligent.

But subsequent research indicated they were accomplished hunters who made complex tools, buried their dead and may have taken care of the sick and injured. But were they capable of creating symbolic culture, like the early modern humans who ventured into Neanderthal territory in Europe and left behind a swath of cave paintings and cultural artifacts that could be considered art?

In November, a research team led by Antonio Rodríguez-Hidalgo from the Institute of Evolution in Africa (IDEA) in Madrid swooped in with an answer. They studied imperial eagle talons from Cova Foradada Cave in Calafell, Spain, and concluded that since there’s hardly any meat on eagle feet, the cut marks on these talons must mean that the Neanderthals were using them as jewelry. While a handful of previous examples of Neanderthals making necklaces from the bones of birds of prey have been found, this is the first evidence of the use of personal ornaments among Iberian Neanderthals, and at 44,000 years ago, among the most recent evidence of this behavior in Neanderthals in general. This discovery revisits questions about Neanderthal self-expression, community identity, cultural complexity and how they signaled their social affiliation to outside groups.

Bipedalism was one of the earliest hominin traits to evolve. But among primates, is bipedalism unique to hominins? In November, a team led by Carol Ward from the University of Missouri reported on their study of a recently discovered 10-million-year- old pelvis of a medium dog-sized fossil ape species known as Rudapithecus hungaricus from Rudabánya, Hungary.

After using 3-D modeling techniques to digitally fill in missing parts of the pelvis, they determined that Rudapithecus probably moved around in tree branches like modern apes do, climbing with its arms and holding its body upright. But this species had a much more flexible torso than any of today's living apes, who have short lower back and longer pelvises—and it might have been able to stand upright when it was on the ground, like modern and ancient humans.

This suggests that a Rudapithecus body plan might be a better model for our earliest ancestors than for modern apes, who have all been evolving for just as long as we have.

Speaking of apes, our final notable discovery features an ape fossil, ancient proteins, and a link to living orangutans. In November, a team led by Frido Welker from the University of Copenhagen published a paper on their analysis of ancient protein sequences they retrieved from the molar of a 1.9 million-year-old Gigantopithecus blacki found in China’s Chuifeng Cave.

They concluded that the enormous Gigantopithecus blacki, which probably stood nearly 10 feet tall and weighed more than a thousand pounds (although it is only known from teeth and lower jaws), is most closely related to living orangutans. Gigantopithecus blacki shared a common ancestor between about 12 to 10 million years ago.

One of the most exciting things about this research is that up until now, the oldest genetic material from subtropical areas like where Gigantopithecus blacki lived in Asia, namely DNA, has only been retrieved from material dating back to about 10,000 years since DNA degrades more quickly in warm, moist areas. (Genetic material has been extracted from fossils as old as 1.7 million years ago in cold, dry areas.)

The fact that this team was able to retrieve ancient proteins from nearly two-million-year-old fossils in China makes us optimistic about the possibility of doing the same with hominin fossils in the future.

A version of this article was originally published on the PLOS SciComm blog.

Briana Pobiner is a paleoanthropologist with the National Museum of Natural History’s Human Origins Program. She lead's the program's education and outreach efforts. 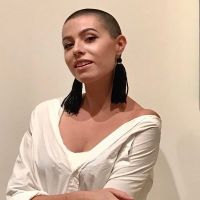 Ella Beaudoin is a Smithsonian paleolithic archaeologist whose research interests span from cultural adaption and resistance to colonialism, to early hominin cultural evolution and landscape use. She has conducted fieldwork in the U.S., Kenya and South Africa.