On June 19, 1865, Union troops arrived in Galveston, Texas, and freed the roughly 250,000 enslaved people living in the Southern state. Taking place a full two and a half years after President Abraham Lincoln signed the Emancipation Proclamation, the day—known as Juneteenth—marked the end of slavery in the Confederate states.

This Saturday, the Smithsonian’s National Museum of African American History and Culture (NMAAHC) will commemorate the nation’s “second independence day” with a slate of online programming. The events are part of a tradition of festivals commemorating emancipation, African American contributions to American life, and freedom itself. The museum’s virtual programming and new educational resources can be found on its Juneteenth webpage.

Celebrated by African Americans for generations through food and fellowship, Juneteenth embodies Black resilience, independence, and community. It is a day African Americans set aside to commemorate the end of slavery and the promise of freedom—expressed through music, food, and ceremony.

“We have celebrated Juneteenth in my family for years,” says NMAAHC’s director, Kevin Young. “But last year—in the midst of the murder of George Floyd and delayed justice for Breonna Taylor, Ahmaud Arbery and too many others whose names have become sadly familiar—this commemoration of liberty and justice took on more urgency.”

The museum’s virtual Juneteenth commemoration will include activities exploring the meaning of freedom and engaging with African American cultural traditions. Featured Juneteenth public programs include a discussion with food writer Adrian Miller on his book Black Smoke, a genealogy presentation by an expert from the museum’s Robert Frederick Smith Explore Your Family History Center, a selection of stories told by Jan Blake that reflect the wisdom and strength of America’s post-slavery communities, a panel discussion on the origins and significance of Juneteenth, and a musical performance and conversation with singer Amythyst Kiah. (Registration for these online programs is free and open to the public. Sign up here.)

“The goal of the museum’s programming this year is to help our visitors reflect on the meaning of Juneteenth and its traditions of music, food and freedom,” says Young. “We’re offering new ways for the public to join us in celebrating the holiday and the richness of African American culture, a culture born out of imagination, hard-won joy and resilience.”

In addition to hosting virtual events, NMAAHC has compiled a range of online resources related to Juneteenth, from information on the holiday’s origins to oral histories to educational activities. Offerings include a video on intersectionality in freedom celebrations throughout the Black diaspora; a blog post series on the history, importance and observance of Juneteenth; and a video cooking demonstration using recipes from the museum’s Sweet Home Café Cookbook. Learn more on the museum’s Juneteenth portal, and explore the full list of events and resources below.

Adrian Miller, food writer, James Beard Award winner, attorney and certified barbecue judge, joins Young, a member of the Southern Foodways Alliance, in a conversation about his book Black Smoke. The two will discuss the perseverance, innovation and entrepreneurship of African American people whose faces and stories have been marginalized in the history of American cuisine. 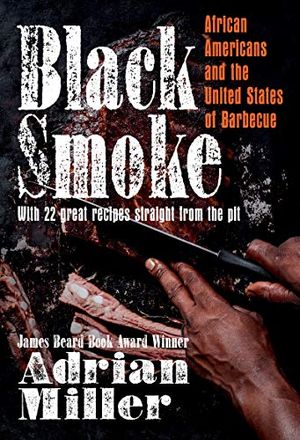 Black Smoke: African Americans and the United States of Barbecue

Miller chronicles how Black barbecuers, pitmasters, and restauranteurs helped develop this cornerstone of American foodways and how they are coming into their own today.

Staff at the Robert Frederick Smith center will use reverse genealogy to explore the family history of an enslaved spinner and weaver from the time of the American Revolution to the turn of the century. This event will follow the historical footpath of a woman who lost children during slavery and the Civil War but survived to secure an account with the Freedman’s Bank. It will demonstrate how one critical record links to a host of documents, thereby leading to an intriguing emancipation story.

Daniel Black, novelist and professor of African American studies at Clark Atlanta University, will interview internationally recognized storyteller Jan Blake about how she weaves the African American experience into a body of work primarily focused on the Black diaspora. Blake will share two stories—an Ethiopian tale titled “Fire on the Mountain” and her interpretation of a short story by Charles Chesnutt titled “Mary and Moses.” These tales, which speak to a multigenerational audience, share insights into the wisdom and strength of America’s post-slavery communities.

Young will moderate a panel discussion exploring the origins of Juneteenth and the historical and current political significance of the holiday. Panelists include Annette Gordon-Reed, a historian at Harvard University and author of On Juneteenth; Jelani Cobb, a New Yorker staff writer and faculty member at the Columbia Journalism School; and Imani Perry, an African American Studies expert at Princeton University.

Singer and songwriter Amythyst Kiah, whose latest album fuses rock and her old-time country roots, will perform three acoustic numbers, including her breakout hit “Black Myself.” In an interview with Dwandalyn Reece, NMAAHC’s associate director of curatorial affairs, Kiah will also discuss her highly anticipated album, Wary + Strange, and her belief that music helps listeners recognize the intersection of historic and contemporary social justice challenges.

Freedom Celebrations Across the Black Diaspora With Curator Angela Tate

In this video, Angela Tate, curator of women’s history at NMAAHC, speaks about the importance of Juneteenth celebrations among various African diasporic communities. Tate discusses how Juneteenth celebrates freedom within the Black community and its differences across the Black diaspora, how the holiday has changed over the past decades, and its recent reemergence during modern movements such as Black Lives Matter and other post-civil rights efforts.

In this video, Andre Thompson, a web content specialist at NMAAHC, is joined by his family for an at-home cooking demonstration. Thompson will show viewers how to make the perfect brisket with a twist, step by step. This dish, which can be included in any Juneteenth celebration menu, is based on a recipe from the museum’s Sweet Home Café Cookbook: A Celebration of African American Cooking. 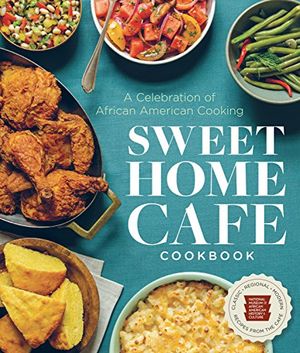 HBCUs and the Newly Freed: Education After the Emancipation

While Juneteenth is often associated with celebrations of physical emancipations from slavery, it also signaled another type of liberation. Despite being barred from traditional institutions due to segregation laws, the newly freed pursued higher education through the more than 90 schools and Historically Black Colleges and Universities (HBCUs) founded between 1861 and 1900.

In this three-part blog series, museum experts share the cultural, modern and historical perspectives of Juneteenth from its first observance in 1865 to the present day. Tate; Mary Elliott, curator of American slavery; and Kelly Navies, oral historian, will answer questions about the origins and importance of Juneteenth.

Other Smithsonian offerings related to Juneteenth include a Smithsonian Channel series of video essays featuring writers, artists and activists reflecting on the holiday and Civic Season, a three-week initiative led by institutions including the National Museum of American History. Spanning June 14 to July 4, Civic Season asks Americans to meditate on the nation’s complex past and outline their visions for a more equitable future.