A new book, ‘Light From the Void,’ showcases the telescope’s images of nebulas, supernovae, supermassive black holes and more 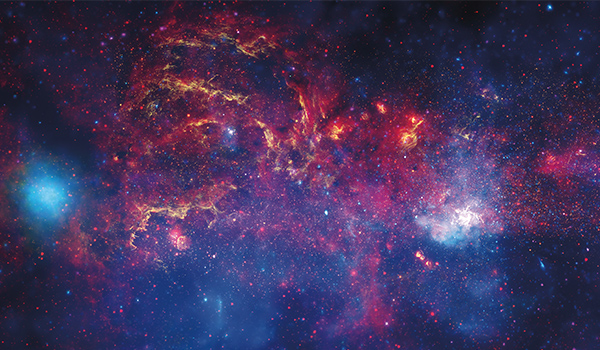 When looking at glorious images of cosmic phenomena, like black holes and supernovae, with striking colors set against the stark, dark backdrop of the universe, it’s important to remember that before that picture could be made, it started as a researcher’s hypothesis. Ideas of these brilliant, stunning celestial forces start as data points on a page before scientists can even develop a sense of what they might look like.

Many objects in the universe don’t even emit visible light, and can’t be detected without the help of powerful telescopes that can “see” different kinds of light waves like X-rays.

Even for scientists, imagining theoretical concepts in astronomy is challenging. For example, if someone had asked astrophysicist Harvey Tananbaum if he thought that black holes existed in the late 1960s when he was still a physics student at MIT, he says he would have answered, “probably not.” Black holes had only then been theorized and there was no experimental evidence of their existence. And even if they were out there, finding them seemed like an impossible feat.

But Tananbaum, who served as director of NASA’s Chandra X-ray Center from 1991 to 2014, would go on to help conceive of and construct a telescope that would bring what was once theoretical physics into reality, completely changing science’s understanding of black holes—and of the cosmos at large. The Chandra X-Ray Observatory, the most powerful X-ray telescope ever built, was piggybacked to the space shuttle Columbia and launched into space in 1999. 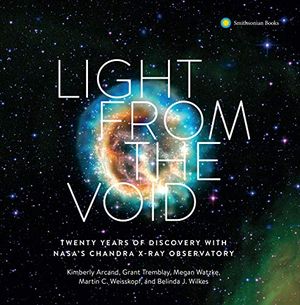 Light from the Void: Twenty Years of Discovery with NASA's Chandra X-ray Observatory

Equipped with four pairs of highly sophisticated mirrors, Chandra records the data from X-ray light waves emanating off celestial objects. The mirrors each reflect a specific range of X-ray wavelengths. The X-rays bounce off the mirrors and move along a 26-foot tube towards the scientific instruments.

When NASA scientists get that data, every X-ray is then given a corresponding color based on where it hit the mirrors and how intense it was, essentially making what is “invisible to the human eye into something that our brain can process,” says Megan Watzke, a Chandra X-ray Observatory spokesperson.

That’s how Chandra generates beautiful images of objects in space that couldn’t be otherwise seen—all of which started out as wild scientific ideas. A collection of Chandra’s images is the subject of Light From the Void, a new release from Smithsonian Books and the Smithsonian Astrophysical Observatory in Cambridge, Massachusetts. The book features reflections by Chandra team members Kimberly Arcand, Grant Tremblay, Megan Watzke, `Belinda J. Wilkes and Martin C. Weisskopf and an essay by Col. Eileen Collins, commander of Space Shuttle Columbia, STS-93, as well as dozens of stunning depictions of nebulas, supernovae, galaxy clusters, exploded and colliding stars, and supermassive black holes.

The images Chandra produces contribute to a deeper and more expansive understanding of the universe. “Chandra's discoveries have impacted virtually every aspect of astrophysics. The Observatory was recently involved in the direct proof of dark matter's existence,” according to a NASA and Chandra X-ray Center press release. “It has witnessed powerful eruptions from supermassive black holes. Astronomers have also used Chandra to map how the elements essential to life are spread from supernova explosions.”

When it launched in 1999, Chandra’s primary mission was planned for just five years. Twenty years later, the engineers believe it might last another decade or more. Belinda Wilkes, who succeeded Tananbaum as Chandra’s director, writes in Light From the Void, that “Chandra remains without peer in its capabilities.”

The powerful legacy of this astronomical tool, two decades after it captured its first X-rays, is making the invisible visible and in doing so, inspiring future generations of astronomers to advance our understanding of the cosmos. “It’s really easy to get caught up in the daily grind of things,” Watzke says. “But if you can get people to take a moment and look up, think about and realize the really cool and amazing universe that we live in and we’re still learning more about, then maybe they can think about things a bit differently. If we can contribute to that with Chandra, then that’s a good day.”