The beloved Washington, D.C. artist went full circle with a bold new series of round paintings 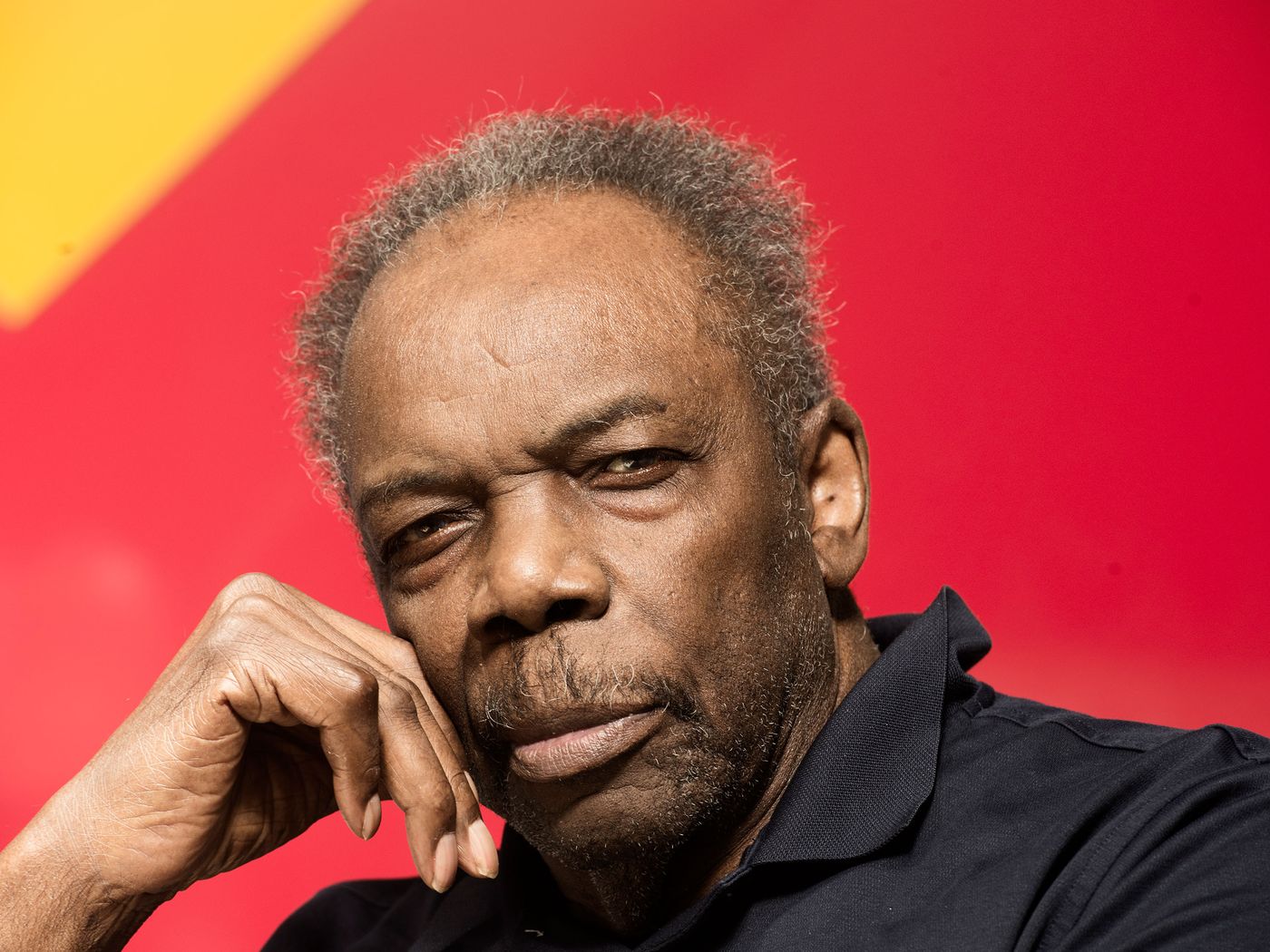 Originally planned as a full-career retrospective, a show of new work by Sam Gilliam, the celebrated and prolific abstract painter, now serves as a memorial to the beloved artist.

Known internationally for his large, color-stained works on unstretched, draped canvas, a style that he first introduced more than a half century ago, Gilliam, who was often associated with the Washington Color School, would have been a prime candidate for a career retrospective in his hometown.

But the pandemic happened, preventing the kind of travel and collaboration necessary to gather requisite works. And the artist was more interested in his new work. “He really wanted to look to the future,” says Evelyn Hankins, the Hirshhorn head curator who organized the show.

So “Sam Gilliam: Full Circle,” on view this summer at the museum, is something else entirely—a showcase of bold round new abstracts with thickly applied paints in frames with beveled birch edges, some of which are also covered in paint.

“To have the opportunity to spend time with Sam in his studio, not three miles from the Hirshhorn, and to share the significance and magic, even, of his art with museum visitors will always be a foundation of my work in Washington,” Hankins says. “His passing marks a huge loss for the D.C. arts community and the broader arc of contemporary abstraction.”

In the new series of round canvases, called tondos, galaxies of splatter include not only eye-catching pigment but bits of metal, patches of wax, even some wood shavings in a texture so heavy Gilliam scraped some of them with rug rakes or impresses patterns from some kind of netting.

Their shapes echo the famously round layout the drum-shaped museum, designed by the famed mid-century architect Gordon Bunshaft, and reflect the improvisations of Miles Davis and John Coltrane, the jazz musicians that have long inspired Gilliam's work.

“The tondo series introduced in this show encapsulates many of the ideas that I have been developing throughout my career,” Gilliam said in a statement released at the time of the opening May 24. “Just as importantly, they reflect my current thinking about color, materials and space. These spaces determined by color and texture are limitless.”

As seemingly different than the large draped work for which he is best known, Hankins says they show the artist “always coming back to the very basic elements of painting and rethinking them and thinking about how he can expand what a painting is.”

Gilliam’s practice, Hankins says “is much more interesting and much more exploratory than people might expect.”

At the same time, the presence of Rail, one of the most significant of Gilliam’s “Black” paintings of the 1970s, shows that many of the same instincts are at play, albeit in much darker colors. “If you get really close up—and the guard doesn’t get angry at you—you can see in different spots the canvas is actually stained first, just as he would make his drape paintings,” she says. “But then he puts much thicker material on top of it, and then he makes various different paintings and cuts them out and puts them back together.”

The 15-foot Rail may be dark, brooding and rectangular while the new work is circular and bright, but, Hankins says, “there’s this back and forth between them of things they have in common and things that are very different.”

Born in Tupelo, Mississippi, in 1933, Gilliam grew up in Louisville, Kentucky and took up painting at the University of Louisville.

“When he moved to Washington, he was making figurative paintings,” Hankins says. “But he quickly shifted.”

Two Washington artists, Morris Louis and Kenneth Noland, had picked up the idea from New York artist Helen Frankenthaler of pouring watered-down acrylic paint over untreated canvas. Something called the Washington Color School resulted, and Gilliam was often associated with it, though he quickly went his own direction, particularly when he boldly removed stretcher bars to allow his canvases to be draped.

“Almost since he came to Washington, he’s been committed to abstraction,” Hankins says. “For him it wasn’t only about differentiating himself from the abstract expressionists, because I think he did that very quickly. But I always think of his practice as this constant questioning of abstraction, of asking ‘What is painting really?’”

For the new works, it goes beyond paint to a variety of mixed media that includes wax, sawdust, bits of silvery metal, and debris from the studio floor visible upon close inspection.

“That’s the beauty of these,” Hankins says. “You get one thing from far away, and they open up totally differently when you get your nose in them. Because you’ll never notice the metal or the wax pellets from far away. They’re pretty extraordinary.”

While the works, which range in size from three to five feet in diameter, suggest galaxies in a far off universe, others suggest a wild floral expanse. The titles don’t give much away. The usually reclusive Gilliam surprised everyone by showing up for the late May opening of “Full Circle.”

“We were all so delighted,” Hankins says. “It was great.”

And the artist was very pleased, she adds. “Not just with the show, but the real love for him shown here in Washington.”

“He’s arguably one of the most important artists of the postwar era in Washington D.C.,” she says. “He came in and everyone applauded.”