The challenges are many, but evidence shows that positivity emboldens global conservation efforts 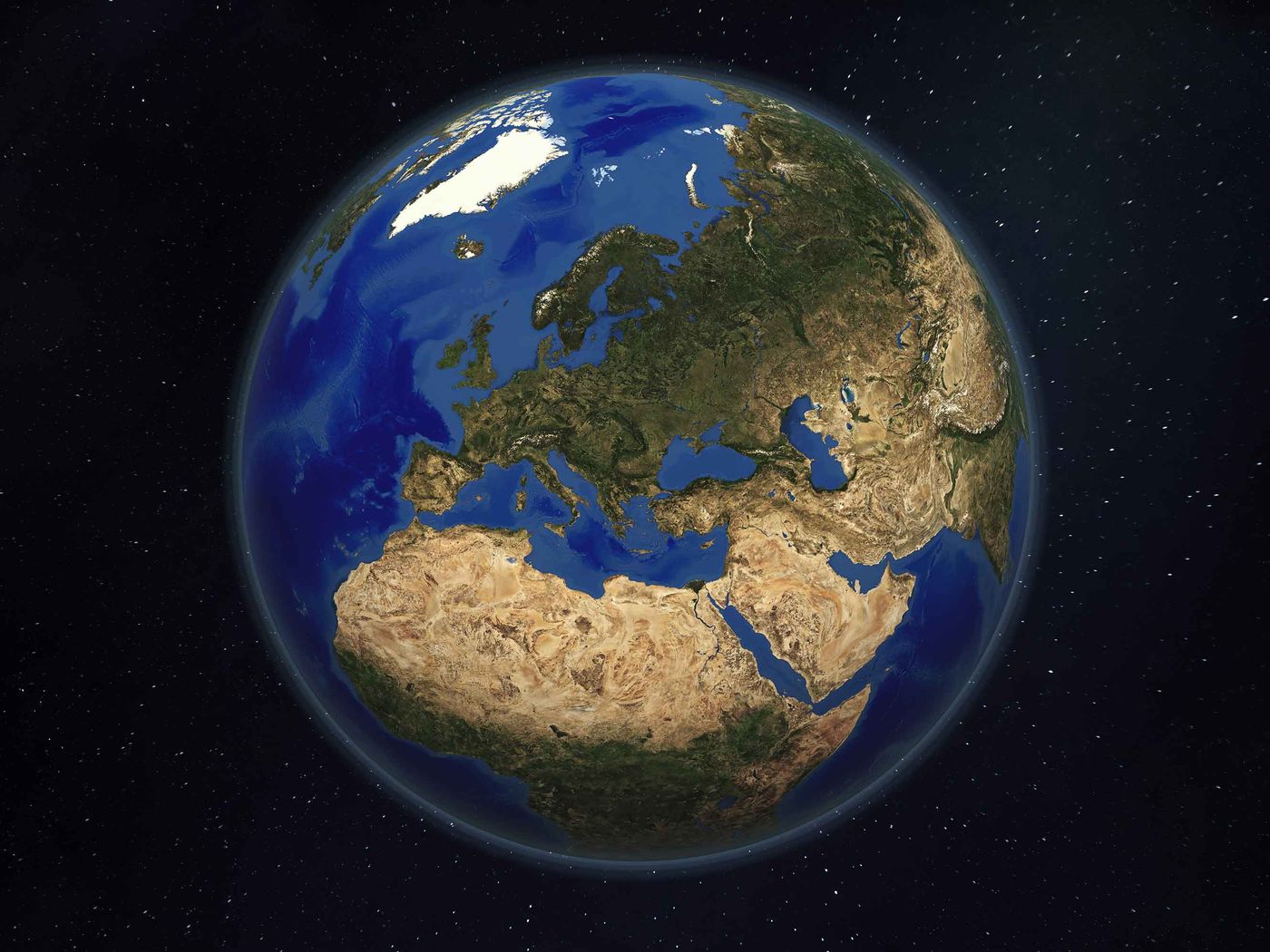 Since 2017 when the Smithsonian Institution launched its first Earth Optimism Summit, marine biologist Nancy Knowlton notes that positive change is happening. “The price of renewable energy is cheaper than ever, electric vehicles are finally on the verge of taking off, and the world seems ready to protect 30 percent of its lands and water,” she says. Photo Maps4media via Getty Images

Five years ago on Earth Day, the Smithsonian convened the first-ever global Earth Optimism Summit as a counterweight to what seemed like overwhelmingly bad news about species and ecosystem decline and climate catastrophe. The hope was to shine a light on all the things that were working in conservation and to inspire people to persevere and find a way forward, rather than to simply give in.

In short order, hundreds of speakers arrived in Washington, D.C. excited to share their successful projects and their innovative approaches.

Wrote one Quebec researcher: “I felt it was exactly what I needed [to do] to propel me even more in my actions for ocean conservation. I was right.”

Working in concert, dozens of organizations around the world also convened gatherings and story circles. In the United Kingdom, Cambridge University, featuring the preeminent Sir David Attenborough, stepped up with its own Earth Optimism Summit. "We all know that there are great problems," wrote Attenborough, "we don't hear enough perhaps of some of the successes." Together, the events provided a rich array of stories from scientists, innovators, community leaders and researchers across multiple disciplines from dozens of locations. Journalists joined the D.C. event with broadcaster Ali Velshi conducting interviews on site. Headlines like “Is positive thinking the way to save the planet?” appeared in New Scientist and “The experts are fighting back” ran in The Guardian.

For participants, optimism soared. Over three-quarters of those surveyed said that the global summit would have “important effects” on conservation. Another 45 percent said that they had already taken positive actions. Energized by this first-time launch, the Smithsonian and 30 other organizations agreed to further empower the movement in order to sustain the mood. (Today, on Twitter, using the hashtag #EarthOptimism, we continue flagging success stories.)

In 2020 to honor the 50th Anniversary of Earth Day, we planned to organize another Earth Optimism Summit. But then, in the frenzy of confirming speakers for that enormous event, came the global pandemic and the entire planet, it seemed, shut down to prevent the transmission of Covid-19. With only weeks to go, we pivoted to a virtual summit. It was a clumsy and patched affair—nothing like the ease with which we tune into online gatherings today. We hoped it wouldn’t come off as tone-deaf in the face of so much tragedy. But we charged ahead with our emphasis on the positive.

Despite what would turn out to be a difficult and traumatic time, we reached some 400 million people in 56 countries and requests for more of the same poured in. We were asked to produce an “Earth Optimism TV” series for Indonesian students, and to co-convene “Reverse the Red,” a global coordinated species conservation effort launched at the World Conservation Congress this past Fall.

Many of the projects described in 2017 have since scaled up. Afroz Shah has gone from cleaning a beach in Mumbai to getting thousands of people engaged in cleanups all over India. Enric Sala has helped protect huge new parts of the ocean. Ayana Johnson published a powerful bestseller All We Can Save: Truth, Courage, and Solutions for the Climate Crisis. Kinari Webb has expanded her work reducing tropical rainforest deforestation from Indonesia to Brazil. Damon Rich won a MacArthur award for his work on designing urban waterways. And last fall, work began off Staten Island on Kate Orff's Living Breakwaters project to protect areas where Superstorm Sandy came ashore in 2012 with infrastructure that both tames waves and supports a marine biodiversity habitat. These are just a tiny fraction of the people and stories empowered by Earth Optimism.

But now in 2022, that familiar siren call of “Gloom and Doom” threatens to swamp us again as we face so many challenges—from wildfires, flooding and weather pattern disruptions brought about by global climate change, to the terror happening in Ukraine, to the ongoing issues of racism and inequity in the United States. All of this compounds the difficulties for the conservation work being done to prevent habitat and species loss.

Nevertheless, we persist, and this summer, the Smithsonian Folklife Festival will present on the National Mall from June 22 to 26 and June 30 to July 4 the prorgam the “Earth Optimism × Folklife Festival, Inspiring Conservation Communities.”

“It is even more urgent today than before,” says Nancy Knowlton, the Smithsonian marine scientist who originally conceived of Earth Optimism. “We risk losing everything if we give up now, which is what will happen without examples of success to be inspired by and learn from. And there are successes, all sorts of them.”

“‘I want to believe people who love the Festival would ask ‘Why not now?’” Motley says. “Focusing on constructive stories does not negate the realities of war. These things—justice, equity, conflict, environment—must be thought about holistically. Our toughest problems call us to apply the best that science and culture have to offer.”

Knowlton recalls the time of the first summit when despite the “fragile state of the planet, we were on the verge of withdrawing from the Paris Agreement.” Today she takes stock in the numbers of action-oriented conservationists. “How can you NOT be inspired by the can-do attitude of young people. When I was their age, the saying was ‘if you’re not part of the solution, you’re part of the problem,’ but they are taking the solutions focus to a whole new level. In their honor, I’m thinking of changing my social media handle to ‘Boomer not doomer.’”

Knowlton points to species once extinct in the wild that are now reproducing in their reclaimed homes. “The price of renewable energy is cheaper than ever, electric vehicles are finally on the verge of taking off, and the world seems ready to protect 30 percent of its lands and water,” she says.

“We want to demonstrate what communities are doing,” adds Motley. “Our job is to amplify the Festival’s legacy by inspiring curiosity that will feed engagement. Think about it. As people are being displaced, they will need clean places to live, food to eat, water to drink.

“A lot of remedies for the challenges we face come from traditional cultures and from cultural producers like artisans, cooks, musicians and others,” Motley says. “What’s different is that we will pull more of this together now in one place, from many parts of the world and the U.S.”

Earth Optimism program manager Erin Chapman is working on the project “Around the World in 80 Fabrics,” to draw out the connections that link fabrics to ecosystems so that visitors can understand how yaks in Mongolia and tree barks in Uganda supply sustainable sources for fashion.

“Artisans will demonstrate how you can make your own dyes from plants, a traditional practice becoming popular again,” says Molly Dodge, a program manager for the Smithsonian’s Working Land and Seascapes initiative. Dodge is also enthralled by a group of New Mexican farmers and artists called “Seed Broadcasters,“ who will host a public “seed swap.” Seed stories will be recorded and archived with the Center for Folklife and Cultural Heritage (CFCH).  And the public will be invited to bring mushrooms to be identified, and also learn sustainable tricks like how to use mushrooms to filter pollutants out of the air.  A foodways session will feature seasonal foraged ingredients.

Arlene Reiniger and Betty Belanus of the CFCH are designing a bank of raised garden beds to demonstrate what communities are planting in forests, yards, porches and along streets to attract bees and butterflies. And Belanus, a folklorist and researcher, is bringing together a group of ginseng conservationists from the nearby Appalachians to discuss the medicinal and economic benefits of that native root.

A live workshop venue, “People-Powered Science,” organized by Alison Cawood of the Smithsonian Environmental Research Center, invites students and families into games that teach the mechanics for hosting or participating in a bio-blitz.

Recordings from Kenya’s Maasai Mara will be part of “soundscapes” immersing visitors in the sounds of wildlife alongside bustling livestock markets.

The Festival is not just for show; participants will get real work done while they are here. As Lacey Hughey, Smithsonian Movement of Life program manager, pointed out: “One Kenyan colleague will work in our lab afterwards to advance animal tracking techniques using data from his fieldwork with local Maasai communities.“

Motley and I share a fascination with comparing the “culture” of conservation a hundred years ago, or even ten years ago, to the present. Motley says she’s hoping that the community of Festival practitioners will demonstrate the diversity of people and interests that are joining forces. Earth Optimism × Folklife will be a connecting point not only for traditional cultures, but for futuristic tech people and finance people, she says. “They will sit side by side with farmers, pastors and urban and rural community leaders.”

One wonders which stories from this string of events will instruct our future. Clearly, some good projects have fallen by the wayside while others have endured, expanded and spawned even grander ideas.

Knowlton, Motley and I have long discussed about how this feels like a race between successes and failures. Just as a new success is celebrated, bad news seems to be on its heels. Who will win this race?

“I’m willing to bet on the good winning out,” Knowlton says.

Ruth Anna Stolk is a Smithsonian research associate, who directed the Smithsonian’s Earth Optimism Summits and related initiatives until 2022.