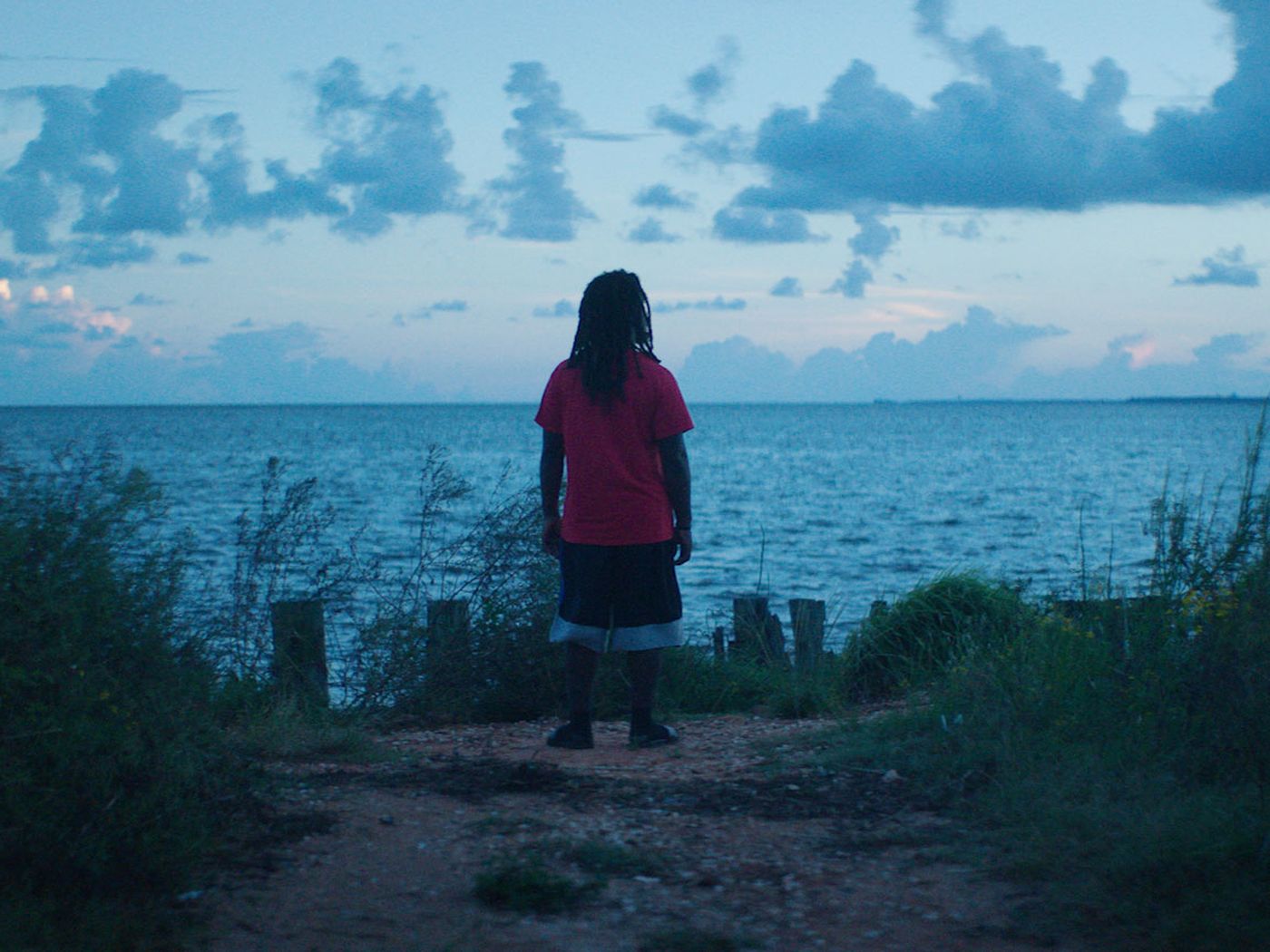 Emmett Lewis' ancestor Cudjo Lewis was one of the last survivors of the Clotilda.Courtesy of Participant / Netflix

Veda Tunstall has always known about the Clotilda, the slave ship that landed on the unfamiliar shores of Mobile Bay, Alabama, more than 150 years ago. But the tales she heard growing up weren’t about the schooner.

“Our history has been focused on the people,” she says. “The ship was the vessel, but it was never a huge part of our story.”

For historians, the Clotilda holds a shameful distinction. It is the last known slave ship to reach the United States. In 1860, it arrived illegally carrying 110 captives, all between the ages of 5 and 23, from the West African city of Ouidah in what is now Benin. Tunstall’s great-great-great grandparents, Pollee and Rose Allen, were among them.

Between 1500 and 1866, enslavers captured and transported 12.5 million Africans to the Americas, crammed into inhumanely tight quarters, about 16 inches wide and 3 feet tall. (The space below the deck of the Clotilda was about five feet.) A total of about 1.8 million Africans did not survive the journey.

In the United States, the importation of people for the purpose of enslavement had been outlawed since 1808. But as the story goes, the Mobile businessman Timothy Meaher made a bet that he could successfully arrange a voyage to Ouidah, fill a ship with enslaved Africans and return them to the U.S.—all without getting caught.

Captain William Foster, whom Meaher hired to make the journey, brought the captives back and hid them for several days in nearby swamps. To ensure that the story would never be told, Foster burned and sunk the Clotilda in the Mobile River.

But for the captives, who recalled first stepping onto American soil under the cover of darkness, the story would endure. For more than 150 years, their descendants passed it down through the generations. While they didn’t talk about it outside of their community, they have always known their history, even if the rest of the world doubted it.

In 2019, researchers finally found the Clotilda’s remains. For descendants, the discovery offered concrete evidence to back up everything their families had told them.

Still, the announcement left Tunstall unmoved. She didn’t need proof that the ship existed; she had never questioned it.

“It’s almost like being excited about the prison cell that you lived in,” she says. “It’s just a piece of the story that proves what we’ve been saying all along is true.”

Slavery ended five years after the Clotilda captives arrived in Alabama. Without the money to reunite with their families in Africa, they saved up and purchased land of their own from the Meaher family. They called their community Africatown.

Today, the town’s founders are buried in a cemetery that faces east, toward the home to which they would never return. But the home they built in Alabama remains. Of Africatown’s 2,000 residents today, roughly 100 are descendants of the ship’s survivors.

Descendant, a new documentary from director Margaret Brown, picks up with the Clotilda families of Africatown, where the legacy of the slave trade still reverberates, as they try to retain control of their narrative.

Today, Africatown is still a community trying to make the most of meager resources. In the 1960s, it was a self-sustaining community of more than 10,000 people. By the ’90s, a new highway ran through its business district. Since then, the population has dwindled. Homes have fallen into disrepair. Infrastructure is poor; residents want basics like sidewalks and streetlights.

“You see people walking through Africatown after the sun goes down, they’re having to use their phone to get some light to see where [they’re] stepping,” says Kern Jackson, a folklorist at the University of South Alabama, who co-wrote Descendant.

The documentary isn’t the first attempt to tell the town’s story. In 1927, Zora Neale Hurston, the writer and anthropologist known for Their Eyes Were Watching God, visited Africatown, where she conducted extensive interviews with Cudjo Lewis, one of the Clotilda’s last living survivors. Hurston photographed him in front of his Alabama home, wearing his best suit but no shoes. He told Hurston, “I want to look lak I in Affica, cause dat where I want to be.”

Hurston’s interviews were meant to become her first book, Barracoon, which she finished in 1931. But because she transcribed her interviews in Lewis’ dialect and refused to edit it, publishers lost interest. The book was finally released in 2018.

For the intervening 87 years, the story lived on as oral history. Fearing repercussions, descendants did not discuss it publicly for a long time. Powerful local families were involved, they cautioned each other, families who would prefer the Clotilda and its secrets remain at the bottom of the Mobile River. Instead, they grappled with their concealed history quietly among themselves.

“These descendants stayed committed to that truth regardless of what the rest of the world said,” says Mary Elliott, a curator at the Smithsonian’s National Museum of African American History and Culture (NMAAHC). “We can’t discredit the efforts of the descendants to keep that story alive.”

Joycelyn Davis, a descendant who has spent her whole life in Africatown, grew up visiting her great-grandmother in Lewis Quarters, one of the original plots of land the Clotilda survivors purchased in 1870. Extending about seven acres, the plot is named for Davis’ ancestors, Charlie and Maggie Lewis. She remembers her family holding festivals there, talking about their ancestor, the man who bought land from his enslaver.

For a long time, Davis wasn’t interested in the Clotilda. When asked about it, she would push back: Struggling kids need support at school. Dilapidated homes need repairs. “Our community is suffering,” she would say, “and you’re asking about a ship?”

But when Davis learned that the Clotilda had been found, something shifted. Part of it was the rush of new discovery. But more importantly, she realized the ship could be a vital tool in securing her town’s future. “People benefited off of those individuals,” she says. “My thought was: Now, finally, we can benefit off of the Clotilda.”

Africatown is surrounded by heavy industry. Growing up, Davis remembers residue from a paper mill raining down on the school playground. She and her classmates played in it, fanning it away from their faces. She thought it looked like snow. “I just didn’t know any different,” she says. “I just knew my grandfather worked there and he made a decent living. That’s all I knew.”

Later reports would reveal that the factories were releasing hundreds of thousands of pounds of chloroform, a carcinogen. In 2017, a group of 1,200 residents sued the International Paper Company, alleging that it released harmful chemicals into the air and water. The case was settled in 2020. Davis, who is herself a cancer survivor, was among the plaintiffs.

The Smithsonian’s Elliott, who spent extensive time in Africatown as part of her work at NMAAHC, says fighting environmental racism is crucial to the town’s revitalization. She emphasizes that such issues are not unique to Africatown. Across the country, historic Black communities are facing the same challenges as the descendants of the Clotilda families.

As for the descendants of the Meaher family?

Despite the Meahers’ desire to downplay their connection to the Clotilda story, the family name is emblazoned on Africatown’s street signs. In the documentary, one scene follows Davis as she drives around, pointing them out: Timothy Avenue. Meaher Avenue. Meaher State Park. “Since 1860,” says Davis, “we’re still surrounded by that family.”

Economically, the Meahers remain a powerful family in the area. They still own land in Africatown—land that they leased to the factories that the town’s residents say are poisoning their community. The filmmakers’ attempts to contact the Meahers were unsuccessful.

Ramsey Sprague, president of the Mobile Environmental Justice Action Coalition, reflects in the documentary on the cycles of history: “It’s astounding that the contours of injustice from 1860 to 2019—in terms of who is doing harm unto whom—that those things are still cleavaged along the same people: the descendants of the Meahers and the descendants of the Clotilda.”

Who can tell the Clotilda’s story

A flurry of media attention followed Barracoon’s publication and the ship’s discovery, and now a major documentary is chronicling it all. In January, Netflix announced that it would partner with Higher Ground, the Obamas’ production company, to release Descendant. Barack and Michelle Obama even made a surprise appearance at a screening in Martha’s Vineyard this summer. Finally, the people of Africatown are sharing their story.

The Clotilda descendants have met the newfound interest with cautious optimism. They want to retain control of their story—and of their circumstances. If their history does attract tourists, how can they ensure that revenue will go to the town? “I don’t know that we as descendants, or the residents of Africatown, have a lot of say or agency in what happens with revenue that comes from tourism,” says Tunstall.

Jackson, the Descendent co-writer, compares Africatown to the National Memorial for Peace and Justice, also known as the lynching memorial, in Montgomery, Alabama. “When they hit a billion dollars on revenue for the city of Montgomery, that was a game-changer for the rest of the state,” he says. In other words, the state is interested in reckoning with the past—when that reckoning can turn a profit.

So far, Africatown has seen a few new developments. A new children’s diving program began in 2019, in part to address Black children’s disproportionately high risk of drowning, but also to connect them to the Clotilda discovery, as Kamau Sadiki, a diver with the Slave Wrecks Project, says in the documentary. A Heritage House and Welcome Center are also in the works, though the projects are taking longer than expected.

As for the Clotilda, about two-thirds of the ship is intact beneath the Mobile River. Researchers are hoping to recover DNA from the wreck. They are also debating whether it can be raised—and whether it should.

Tunstall thinks it should stay where it is. Even if raising it were possible, she worries about what would happen to it, and who would make those decisions. “We don’t have ownership of the shipwreck, so we will not have any say in what happens to it if it’s raised,” she says. “I’m just afraid of what it would become.”

She will attend a screening of the documentary this Saturday in Mobile, where she lives. While she’s never lived in Africatown, Tunstall wants to see the town become a self-sustaining residential community with lodging, restaurants and grocery stores, free from pollution and industrial blight.