For centuries, women who are ill or in pain have had to seek treatment from a medical profession dominated by men and informed by scientific research that often fails to incorporate female experiences. Now, a new, Western-centric book by British medical historian Elinor Cleghorn explores what this bias has meant for women’s health across the ages.

Unwell Women: Misdiagnosis and Myth in a Man-Made World begins with the ancient Greek physician Hippocrates. As Janice P. Nimura writes for the New York Times, Hippocrates believed that women’s illnesses were all about the uterus, an organ that a later Greco-Roman writer described as “an animal within an animal” with its own wants. This idea stuck around through the 19th century, when many women’s physical and mental health conditions were dismissed as “hysteria”—a word that comes from the Greek word for womb.

The book has its roots in Cleghorn’s own experience suffering from the autoimmune disease lupus. During her 20s, she recalls having a male doctor dismiss her unexplained pains as “just your hormones.” It took seven years for her illness to be correctly diagnosed.

Cleghorn tells Salon’s Mary Elizabeth Williams that even after she was diagnosed with lupus, she found the medical profession had little understanding of how and why the condition occurs.

“[E]very time I asked a question, I just felt like I had no answers,” she says. “All I was really being told was that I could be medicated to manage my symptoms. So I started researching it.” 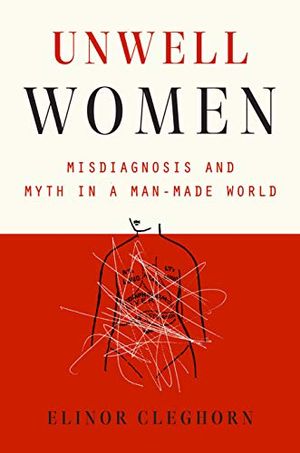 Unwell Women: Misdiagnosis and Myth in a Man-Made World

A trailblazing, conversation-starting history of women’s health, from the earliest medical ideas about women’s illnesses to hormones and autoimmune diseases

While Cleghorn was learning about her own condition, she was also conducting historical research about women’s lives. She found many cases of women who had complicated symptoms and were misdiagnosed, often with psychiatric conditions, only to have doctors reassess their ailments during autopsies.

“It fascinated and infuriated me all at once that more than a century later, I was still a patient with this, and my care was still being thwarted by these mysteries,” the scholar tells Salon.

“The language that's used around the women who went through this horrendous procedure was so infantilizing and dehumanizing,” Cleghorn tells Salon. “They would describe women as being shrewish and highly strung and shrill and, indeed, hysterical before they underwent the procedure, and then talk about them afterwards being returned to an almost childlike state of blissful ignorance.”

Unwell Women also digs into the race- and class-based differences that shape how its subjects’ bodies have been understood. Historically, the medical establishment has often identified middle- and upper-class white women as delicate and weak. At the same time, notes the Guardian, it’s described other groups as less capable of feeling pain, justifying horrific medical experiments on enslaved women and sex workers.

"I was never offered treatment, never referred for tests, and never taken seriously. I internalized a profound sense of distrust in my own body." #NWHW #UnwellWomen 2/ pic.twitter.com/nivuiEUoCS

Cleghorn argues that the dynamics created by centuries-old attitudes toward women still influence the treatment of medical conditions today.

“I think these ideas, they’re still expressed,” she tells Salon. “We have moved on exponentially over the centuries in our attitudes toward gender and our understanding of what a human body is, but because those attitudes are so ingrained, they’ve shaped a lot of the understanding of diseases from a clinical perspective.”

Women who complain of chronic pain that can’t be immediately diagnosed are often assumed to be dealing with a mental health problem and do not receive referrals for further testing, Cleghorn points out. Compared with men in the same situation, they’re more likely to receive a sedative or antidepressant than pain medication.

As Cleghorn tells the Guardian’s Lisa Wong Macabasco, women of color in the United Kingdom continue to have worse health outcomes than white women, particularly in terms of reproductive health. This imbalance remains a serious problem in the United States, too, with Black women two-and-a-half times more likely to die from pregnancy-related causes than white women.

While modern women have more freedom to learn about their bodies than individuals at many points in the past, Cleghorn says problems with medical mistreatment often continue when doctors fail to listen to female patients. She tells the Guardian that she hopes readers who have dealt with negative health situations will feel encouraged to speak up about their experiences and help others.

“This can be so isolating, so demoralizing and dehumanizing,” she says. “But having an illness is also meaningful in the sense that you’re part of this production of very important knowledge. I hope readers can situation themselves in this history that hopefully now we can start to change.”