Over the weekend China accomplished what no country has in decades: on Saturday, December 14, China's Chang'e-3 lunar rover touched down on the surface of the Moon, the first soft landing in 37 years. China has now joined Russia and the U.S. as the third nation to actually put wheels on the lunar surface.

Nestled inside the Chang'e-3 lander was a rover, known as Jade Rabbit. One of the first things Jade Rabbit and Chang'e-3 did once they were all settled in was turn around and take photos of each other: 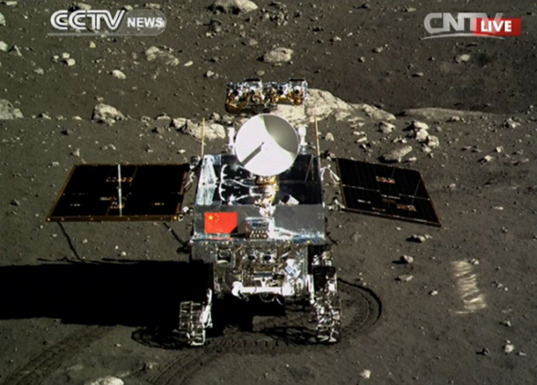 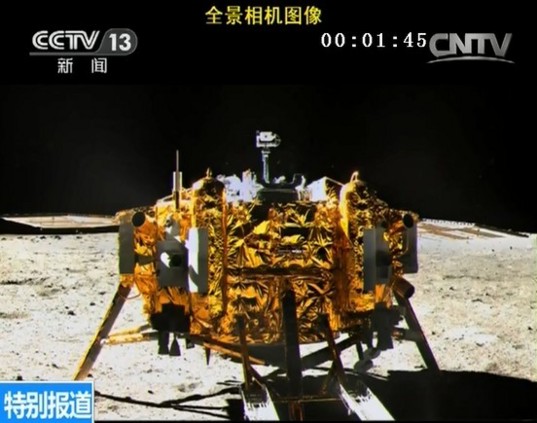 Emily Lakdawalla for the Planetary Society has been collecting photos and videos and other resources from the spaceflight community and from China's state media, including the video of the landing above.

Media reports of the landing are being careful to specify that this is the first “soft landing” in decades. The caveat is important, because we have put a lot of stuff on the Moon in the past little while—it's just all been trashed on impact. NASA's LCROSS mission, for instance, deliberately smashed a rocket shell into the Moon, or the Ebb and Flow satellites, which were sent into the surface to die.

China was late to the space race—the country sent its first satellite into orbit a year after the Apollo 11 astronauts walked on the Moon. This weekend's landing is just the latest in the country's aggressive push into space. Already, quick on the heels of Chang'e-3's successes, China has announced its next mission—a plan to return lunar soil samples to the Earth, set for 2017.

Before This Year is Out, China’s Rover Should Be Cruising the Moon
T Minus Three Days Until NASA Sends Two Satellites Crashing Into the Moon