In 1927, with the publication of her short story “The Tuesday Night Club,” Agatha Christie debuted a new and instantly iconic character: Miss Jane Marple, an elderly woman from a small British village, whose twee penchants for knitting and local gossip belie a cunning ability to crack killer crimes.

Christie did not expect Miss Marple to rival the popularity of Hercule Poirot, her meticulous Belgian detective who put his little grey cells to good work in The Murder of Roger Ackroyd, the novel that had catapulted Christie to literary fame the previous year. But readers loved the “fussy and spinsterish” Marple, whom Christie would go on to feature in 12 novels and 20 short stories. The detective made her final appearance in 1976’s Sleeping Murder, published the same year as Christie’s death.

But now, Miss Marple is making a comeback. As Sarah Shaffi of the Guardian reports, a new collection of short stories, sanctioned by the Christie estate, features 12 new Marple tales penned by a diverse lineup of contemporary women writers.

Simply titled Marple, the collection includes contributions by seasoned crime authors, like Val McDermid and Dreda Say Mitchell. But it also features stories by those who typically work in other genres, like the historical writers Kate Mosse and Natalie Haynes, and the fantasy author Leigh Bardugo. 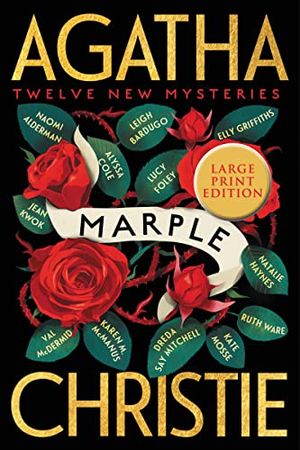 Jane Marple is an elderly lady from St. Mary Mead who possesses an uncanny knack for solving even the most perplexing puzzles. Now, for the first time in 45 years, Agatha Christie’s beloved character returns to the page for a globe-trotting tour of crime and detection.

The writers were asked to follow a set of guidelines. They had to set their stories within the time period in which Miss Marple exists in Christie’s work, and refrain from inventing new backstories for the detective. They were able to incorporate characters and events from the canon of Marple stories, but they were asked not to draw on plot points from other Christie books.

The project came with pressure to live up to the legacies of the “Queen of Crime” and one of her most beloved characters. “The greatest challenge was knowing that if I didn’t do this well, I would enrage many, many fans,” Jean Kwok tells Emily Burack of Town & Country.

But the new stories transcend mere emulations of Christie’s writing, with each author leaving her unique fingerprints on the narratives. Mitchell, for example, tells the Guardian that she is personally interested in the contributions of Caribbean women during the world wars, and thus has Miss Marple collaborate with Miss Bella, “a former member of the Women’s Auxiliary Air Force whom Miss Marple met in an air raid shelter.” Kwok used to read Christie’s novels as “a poverty-stricken first-generation immigrant” who had moved to New York City from Hong Kong; she has her Miss Marple travel to Hong Kong on a cruise ship—with an “untimely death aboard,” of course.

“I wanted to bring a modern sensibility to Miss Marple while staying respectful to the original character,” she tells Town & Country. “For me, it was so meaningful to bring Miss Marple to Asia and have her doing Tai Chi and enjoying dim sum while she solves a series of murders in her classic manner.”

As Rhys Bowen of the Washington Post points out, Christie “presumably” began working on her first Miss Marple story around the time of an acute personal crisis. Her husband had asked for a divorce, and in early December 1926, a distraught Christie left their home and disappeared for 11 days. (The author never offered a full explanation of what transpired during the time she was missing). “[M]aybe,” Bowen writes, “Miss Marple was expressing how Christie felt at the time: a woman powerless, overlooked, invisible, longing for justice.”

Miss Marple certainly takes advantage of society’s diminished expectations for someone of her social standing. Older and unmarried, she is chronically dismissed, yet proves herself to be the shrewdest person in the room—an unlikely heroine who spoke to the contemporary authors who have taken up Christie’s mantle.

“I loved reading about Miss Marple,” Kwok tells Town & Country, “and how she managed to outsmart everyone around her, despite being constantly underestimated.”