Visitors to Grand Canyon National Park in recent days were treated to a special sight as rare atmospheric behavior filled the canyon with fog. Known as an inversion layer, a cap of warm air sat on a mass of cool air, trapping it in the canyon.

Inversion layers aren't so rare, in general—they're an important source of clouds over the ocean, and they're often to blame on smoggy days. But it's less common for one to occur in the Grand Canyon, and rarely does it have such a dramatic effect, says the Los Angeles Times:

"It was a typical commute to work, and all of a sudden we were like, 'Oh my God,' " Erin Huggins, lead park ranger for the Grand Canyon National Park, told the Los Angeles Times. "We all started freaking out and calling everybody and running to the rim and taking pictures."

Huggins said she has seen inversion layers occasionally trap some clouds in the canyon, but they usually burned away quickly.

"But this one lasted almost three or four days,” Huggins said. “My boss has been here for 20 years, and she says she hasn’t seen anything like it. Kind of amazing."

"We had a widespread rainstorm a few days before—very, very wet snow," said Darren McCollum... "Every place was pretty wet. Within a day, it all melted. The ground was super wet."

Then a high-pressure front carrying dry, warm air moved in, combining with the wet ground and balmy valley temperatures to create a temperature inversion. 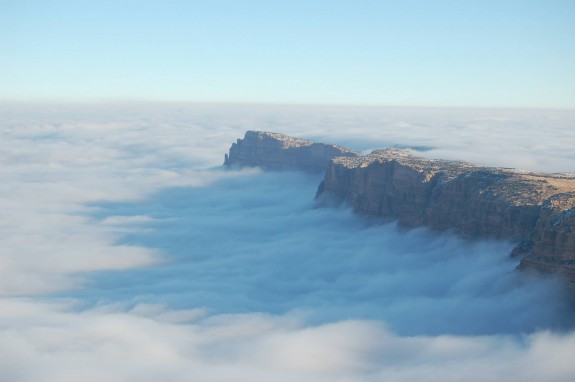 The sight was captured beautifully by the the Park's staff, including the National Park Service's Ranger Erin Whittaker, with dozens of stunning photos being posted to the Park's Facebook page. We've pulled out a few of our favorites (see large versions here), but it's definitely worth looking through them all. 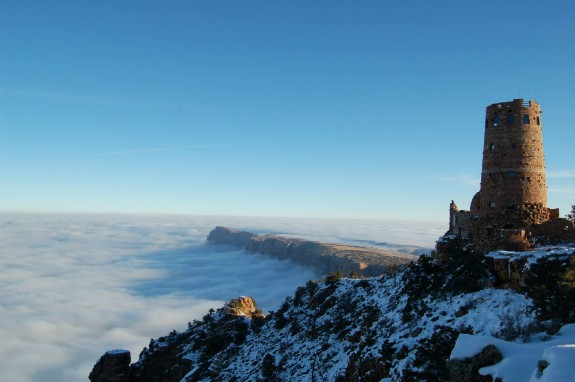 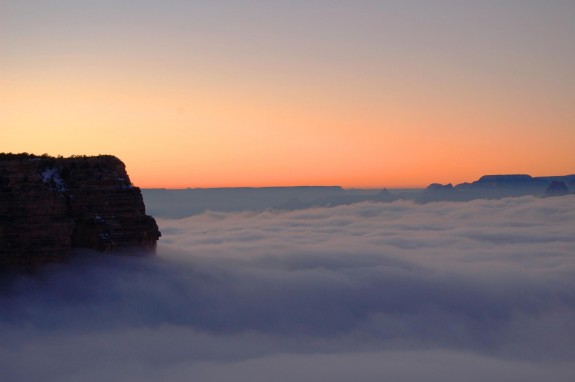 UFO or Crazy Cloud? ‘Weird Cloud Atlas’ Helps You Decide
You’re Not Supposed to Mine the Grand Canyon, So Why Are These Miners Digging Up Uranium?
Tour the Grand Canyon From Your Computer With Google Street View