The purpose of the trip, which began the morning of August 27 at the Bellevue Marina and culminated 12 hours later in Nebraska City at the Riverview Marina, was to earn the Guinness World Records title for the longest journey by pumpkin boat, per the Omaha World-Herald’s Marjie Ducey. Before Hansen, the record holder was Rick Swenson, who sailed the Red River between Minnesota and North Dakota by pumpkin boat in 2016, according to Guinness World Records.

Hansen spent years on the project, eventually naming his prize pumpkin Berta, he told News Channel Nebraska’s Dan Swanson. He was inspired to break the record after attending a three-day pumpkin growing seminar in Portland, Oregon, five years ago, when he met a woman who at the time held the record he sought.

“I asked her a lot of questions and that’s when I decided I wanted to do this,” he tells News Channel Nebraska.

With a circumference of around 146 inches, Hansen determined that the pumpkin was large enough for him to fit inside after he carved it out. Dubbed the S.S. Berta, the pumpkin was transported to the launching point atop a trailer, according to the Washington Post’s María Luisa Paúl.

Hansen hopped inside and took off for the day-long journey, with family members and friends cheering him on from along the banks. Throughout the next 12 hours, he fought to stay afloat as an array of obstacles—including rocks, sand bars and waves—threatened to tip him over. “You’ve got to be on top of it the whole time,” he tells News Channel Nebraska.

To comply with the Guinness World Records’ rules, Hansen had asked non-family members to witness the event. Attendees included Bellevue City officials, who took photos and videos along the way to provide evidence.

The inspiration for the Guinness Book of Records, as it was originally called, came about after Sir Hugh Beaver, the managing director of Guinness Brewery, went on a hunting trip to Ireland in 1951. After failing to shoot a golden plover, he debated with his hunting party over what the fastest game bird was, only to realize that they couldn’t find the answer in any reference book.

Unnerved by the group’s failure to arrive at a consensus during their pub argument, Beaver recruited fact-finding researchers, twin brothers Norris and Ross McWhirter, in 1954 and tasked them with putting together a reference book of facts and figures. The first edition was published on August 27, 1955—the same day that Hansen set sail for the pumpkin expedition 67 years later. Since then, Guinness World Records (it changed its name in 1999) has sold over 150 million books. From the longest human tunnel traveled through by a skateboarding dog to the longest fingernails on a pair of hands, over 60,000 records exist on the site’s database.

Hansen’s record isn’t official quite yet. Kylie Galloway, a spokesperson for Guinness World Records, tells CNN that the organization has received his application and is currently in the process of reviewing it. 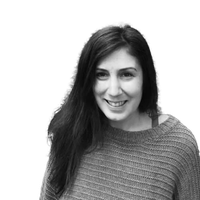