Four years ago, award-winning conservation photographer Robin Moore set out on a quest to rediscover and photograph some of the world's lost frogs and salamanders. He teamed up with 120 scientists in 21 countries and he records their adventures and misadventures in a new book, In Search of Lost Frogs. It includes more than 400 photos—some of the lost species and others of curious, less-elusive amphibian onlookers that the team encountered in their search.

In order to qualify as "lost," species had to either be new to science or else have had no confirmed sightings in at least 15 years. Some, however, have been missing from the record for up to 160 years.

Ultimately, Moore hopes his work brings more attention to the incredible biodiversity that's out there, much of which we're unaware of. "As conservationists we often get so caught up in communicating what it is that we are losing that we forget to instill a sense of hope," he said in an email. "We need to revel in the weird and the wonderful, the maligned and the forgotten, for our world is a richer more wondrous place for them." 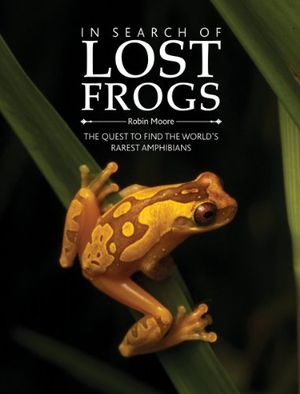 In Search of Lost Frogs: The Quest to Find the World's Rarest Amphibians

A beautifully rich and personal exploration of the plight of amphibians and the people working to save them. Moore's book proves him not just a fantastic photographer but an excellent reporter and compelling storyteller. Such a vital part of the natural world, amphibians are lucky to have this artist on their side.