In 1978, drug lord Pablo Escobar purchased a sprawling Colombian estate that he filled with an assortment of extravagant and unusual features—among them a soccer field; statues of dinosaurs; a bullfighting arena; and a menagerie filled with rhinos, giraffes, zebras and four hippos. After Escobar was shot dead in 1993, the country’s government seized control of his estate and relocated most of the animals living there to zoos. But the hippos, of which Escobar was said to be particularly fond, were deemed too aggressive and dangerous to move.

Left to their own devices, the hippos began roaming Hacienda Nápoles, as the property is known, and beyond. They formed a feral population in both artificial lakes and the Magdalena River, and have since been spotted as far as 93 miles away from the estate. Now numbering between 65 and 80 individuals, this herd of lumbering creatures may pose a problem to Colombia’s aquatic ecosystems—a poopy problem, to be precise.

“They only eat on land,” Jonathan Shurin, a biologist at the University of California, San Diego, tells Peter Rowe of the Los Angeles Times. “Then they come into the water and crap all day.”

In their native African habitat, hippos’ prolific bathroom behavior can be beneficial, transporting nutrients like silicon from land into water. But in Colombia, where the animals are now invasive, “the environment is wetter and water levels less seasonally variable,” as Shurin and a team of researchers write in the journal Ecology. Just how hippos impact ecosystems in the South American nation remained unclear—so the group embarked on a two-year journey to find out.

The researchers sampled water from 14 small lakes around Hacienda Nápoles, comparing water quality, oxygen levels and stable isotope signatures in lakes with hippos to those without. They found that cyanobacteria, also known as blue-green algae, was more prevalent in hippo-filled lakes, likely because the nutrients in mass quantities of hippo poop fertilize bacteria. This is disconcerting, says Shurin in a statement, because it “can lead to problems like eutrophication, or excess algae production that can lead to harmful algal blooms similar to red tides.”

Other signs also suggest that the animals are changing the chemistry of local water bodies. In hippo habitats, according to Jessica Leigh Hester of Atlas Obscura, “the amount of dissolved oxygen sometimes dipped below the level that fish can handle.” What’s more, just by moving their chunky bodies around, hippos can alter their environment, creating channels that give water more places to pool.

“That can make life harder for plants and animals that have adapted to an ecosystem without the big, toothy mammals,” writes Hester.

Speaking to Christie Wilcox of National Geographic, Shurin notes that the differences he observed between hippo and non-hippo lakes were “measurable, but not dramatic.” The quantities and variety of invertebrates or zooplankton do not seem to have yet been impacted. But that might change as the animals continue to multiply. If allowed to breed unchecked, “there could be thousands of [hippos]” within the next few decades, says Shurin in the statement.

“The effects of hippos on the aquatic environment that we observe suggest that sustained population growth poses a threat to water quality in lakes and rivers as they expand their range throughout Magdalena Medio watershed and potentially colonize new regions on the Caribbean slope of Colombia,” he and his colleagues write in the new study.

Just what should be done about the hippos is a sticky issue. The main possibilities are sterilizing them, capturing and relocating them, or killing them. The last option is not a palatable one: “People like that [the hippos] attract tourists,” Shurin tells the Los Angeles Times. “And people like animals.”

But wrangling the volatile creatures so they can be relocated or castrated is challenging, dangerous and expensive. The process of moving just one juvenile hippo to a Colombian zoo in 2018 cost around $4,500, reports National Geographic.

But as Shurin explains, dealing with a few dozen hulking, poop-happy hippos will be easier than trying to manage a few thousand.

“This study suggests that there is some urgency to deciding what to do about them,” he says. “The question is: what should that be?" 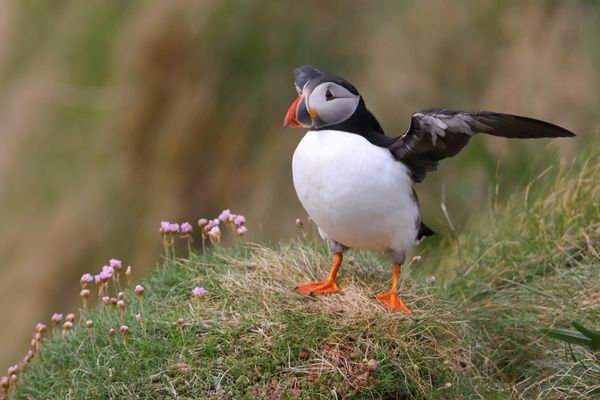