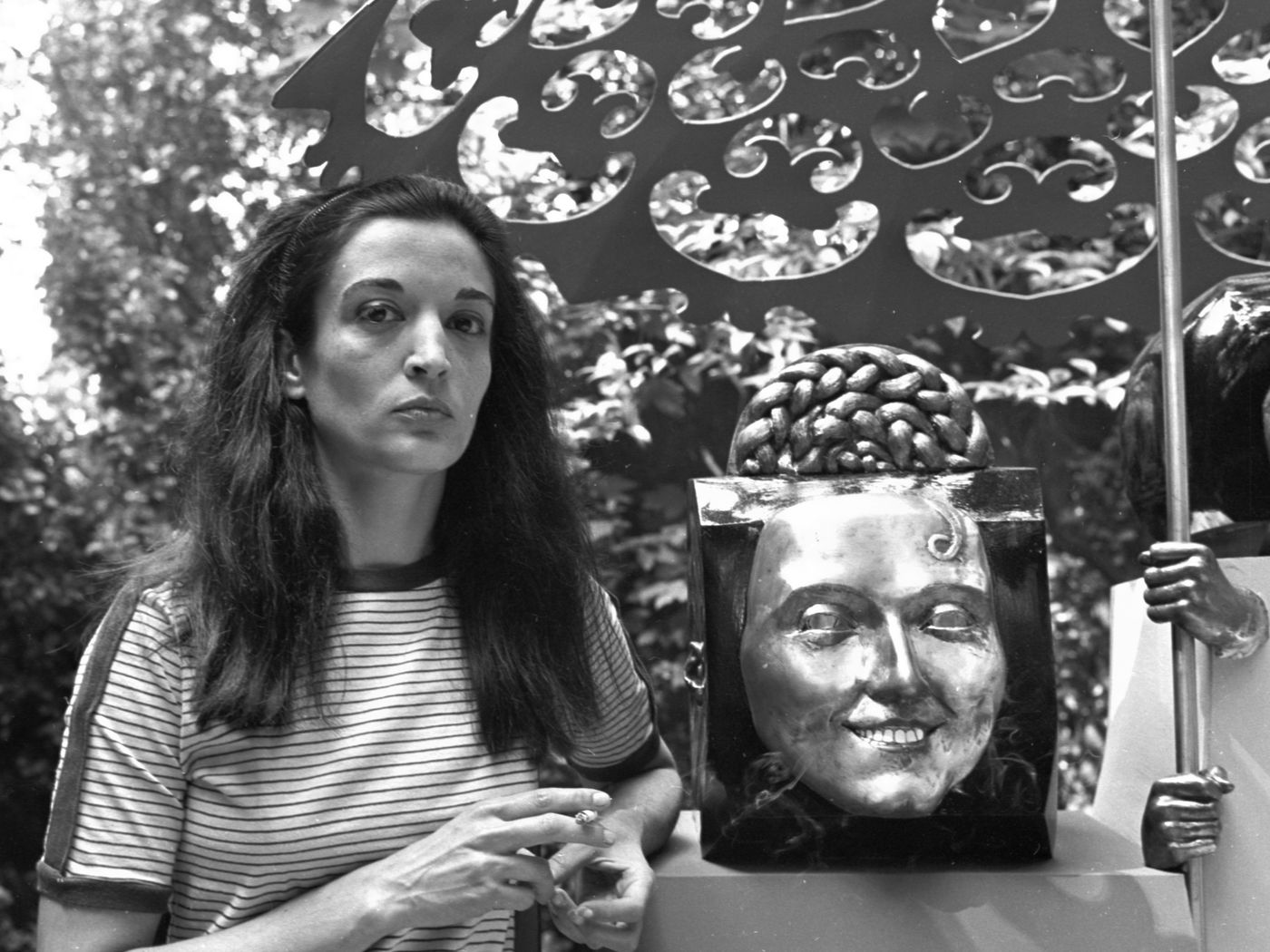 Even the most casual of art fans are likely familiar with Andy Warhol, the American artist known for his bold colors and daring explorations of popular culture. But not many people know Marisol, the Venezuelan American assemblage sculptor who was a key player in the Pop Art movement and likely influenced her close friend Warhol’s work.

A new exhibition at Pérez Art Museum Miami (PAMM) re-centers the story of the Pop Art era around Marisol—short for María Sol Escobar—and portrays Warhol as more of a supporting character.

Marisol and Warhol Take New York, on view through September 5, aims to “reclaim the importance of her practice; reframe the strength, originality and daring nature of her work; and reconsider her as one of the leading figures of the pop era,” according to the exhibition website.

As Katie White writes for Artnet, Marisol’s “piquant wooden figures with their endearingly boxy forms delighted the art world” when she was a rising star in the 1960s—and now, more than 50 years later, they’re back in the spotlight.

The exhibition—developed by Jessica Beck, a curator at the Andy Warhol Museum in Pittsburgh, where it ran in 2021—is the first to explore the friends’ rich personal and professional relationship, according to PAMM. It features the sculptor’s signature works, including a multifaceted, wooden Warhol sitting in a chair with a real pair of shoes below and another, called Dinner Date, that depicts Marisol dining with herself over a meal of TV dinners.

Also on display are photographs of the artistic friends together and examples of their overlapping themes and subjects, such as Coca-Cola and the Kennedys. Silent films Warhol made of Marisol in 1963 and 1964 run throughout the exhibition, showing the “intimate and magnetic sides” of the normally coy sculptor, per the museum.

“The films bring the exhibition to life,” Beck tells the New York Times’ Joseph B. Treaster. “They show the [friends'] connection.”

Though Marisol too found inspiration in popular culture, her work has always been hard to define. As a 1965 New York Times headline proclaimed, “It’s Not Pop, It’s Not Op—It’s Marisol.” Her influences ranged from pre-Hispanic art to the Catholic imagery she studied in school as a child.

The artists had very different upbringings; Marisol was born to wealthy Venezuelan parents in Paris in 1930, while Warhol was born to working-class immigrant parents in Pittsburgh in 1928. But they shared some common experiences and often explored similar topics. Both lost parents as children: Marisol’s mother died by suicide when she was 11; Warhol lost his father as a teenager. And they both changed their names when they moved to New York City, with Marisol combining her first and middle names and dropping her surname and Warhol dropping the “a” from his family’s name, Warhola.

When they crossed paths in New York in the early 1960s, the pair became fast friends, often serving as each other’s muses. They attended events and parties together as their artistic stars rose.

Throughout the decade, the sculptor garnered media attention and praise for both her work and for her own beauty and style: Three of her sculptures appeared on Time magazine’s cover, and Marisol herself made it onto the cover of Glamour magazine, per the New York Times. Despite coverage that positioned her as a frivolous “girl artist,” Marisol’s career as a serious sculptor thrived.

But starting in 1968, Marisol dropped out of the spotlight. As art curator Douglas Dreishpoon told ARTbooks’ David Ebony, she became increasingly concerned about the commercialism of the art world. After Valerie Solanas, an artist and writer with a grudge against Warhol, shot him in 1968, Marisol left the country.

When she got back to work five years later, reports Sebastian Smee for the Boston Globe, she was disillusioned and lost interest in creating art for the general public. Meanwhile, the art world had shifted toward minimalism and conceptual art, per Vogue’s Grace Edquist; Marisol became less relevant and, over time, “she was written out of the white male-dominated pop narrative,” according to PAMM.

She wasn’t the only one: As art historian Kalliopi Minioudaki notes in the Oxford Art Journal, many women of the Pop Art movement have been forgotten. “Even though many of them were included in early Pop shows, they rarely have found a secure place in Pop Art’s histories,” she writes, “and even when they are included, they are viewed mostly as exceptions….”

Warhol, meanwhile, became one of the best-known artists of all time.

“She refused to adhere to social norms and the norms of the art world,” Maritza Lacayo, the show’s assistant curator, tells Vogue. “But that is why she was rejected by the art historical canon. If you don’t place yourself, they will place you.”

Though the exhibition explores her famous, and mutually beneficial, friendship with the king of Pop Art, it centers the enigmatic woman whose artistry was a casualty of its era. Marisol may have been beautiful and stylish (Warhol called her “The first girl artist with glamour!”). But, the exhibition argues, she deserves to be remembered as an important artist in her own right—one who made her mark in a notoriously male-dominated world.

The artist herself didn’t like labels. In 1965, she told the Times that “… whatever they want to call me is okay—Pop or anything.” But she was secure in one thing: Her hard-earned success. “It has happened,” she continued, “because I have made it happen.”

“Marisol and Warhol Take New York” will be on view at Pérez Art Museum Miami through September 5.