In August, Chelsea Banning published her first book. Titled Of Crowns and Legends, the novel follows the lives of twins Anwil and Ariadne Pendragon, the fictional children of King Arthur. Last week, the Ohio librarian was “filled with excitement” ahead of her first book signing in Ashtabula, Ohio, she tells the Washington Post’s Adela Suliman and María Luisa Paúl. Thirty-seven people had even responded “going” on the event’s page.

But when the day finally came, only two people showed up. Disappointed, Banning wrote about the event on Twitter.

“Only 2 people came to my author signing yesterday, so I was pretty bummed about it,” Banning tweeted the day after her signing. “Especially as 37 people responded ‘going’ to the event. Kind of upset, honestly, and a little embarrassed.”

Only 2 people came to my author signing yesterday, so I was pretty bummed about it. Especially as 37 people responded "going" to the event. Kind of upset, honestly, and a little embarrassed.

But while only two people showed up to her book signing, thousands responded to her post, including Margaret Atwood and Stephen King.

“Join the club,” wrote Atwood, award-winning author of The Handmaid’s Tale, in response to Banning’s post. “I did a signing to which Nobody came, except a guy who wanted to buy some Scotch tape and thought I was the help.”

Join the club. I did a signing to which Nobody came, except a guy who wanted to buy some Scotch tape and thought I was the help. :)

Internationally-renowned horror writer King shared a similar early career disappointment, as well. Banning responded to King with excitement: “My husband freaked out more than me that Stephen King replied. Huge fan! Thank you for your stories, sir!”

Atwood and King’s responses were part of a larger outpouring of support for Banning, as writers of all sorts shared their own stories about empty book signings. 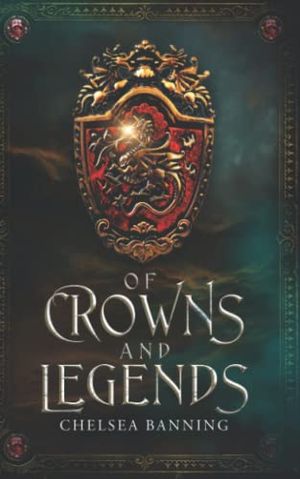 Of Crowns and Legends

Anwil and Ariadne Pendragon are twins, best friends, and nothing alike. While Anwil pores over books in the library, Ariadne is training to be a Knight of the Round Table. Yet they are both haunted by the same shadow: their late father, the legendary King Arthur.

“I have sat lonely at a signing table many times only to have someone approach … and ask me where the bathroom is,” wrote Jodi Picoult, author of My Sister’s Keeper.

Neil Gaiman, author of Coraline, recalled a similar disappointment. “Terry Pratchett and I did a signing in Manhattan for Good Omens that nobody came to at all,” he wrote. “So you are two up on us.”

In a tweet later that day, Gaiman followed up with more details: “We were meant to have been there for 2 hours. After an hour of nobody in the store we told the store manager that we were going back to our hotel and that we would be in the bar, and if anyone came to get a book signed to send them there to us. Nobody came.”

Terry Pratchett and I did a signing in Manhattan for Good Omens that nobody came to at all. So you are two up on us.

Banning tells the Washington Post that never in her “wildest dreams“ did she imagine her “venting into a void” would become a viral opportunity for members of the literary community to support each other.

The outpouring of support taught her one thing, she tells NPR’s Juliana Kim: “It’s okay to have feelings, we’re not alone in this, but don’t let them hold you back.”