Get a Rare Peek Into the Life of Reclusive Writer J.D. Salinger 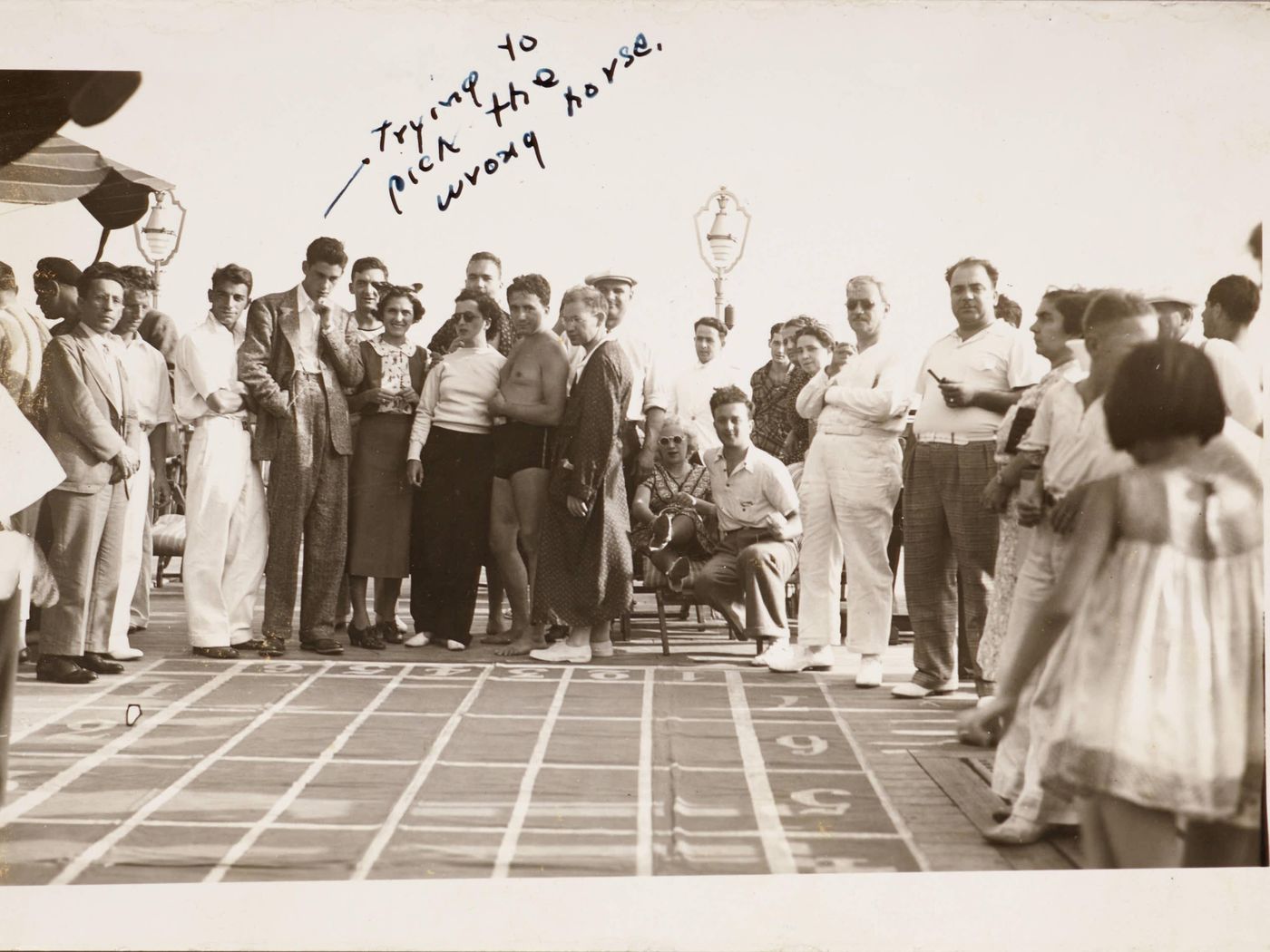 J.D. Salinger (center left with his hand on his chin) on the deck of the M.S. Kungsholm, 1941 Courtesy of the NYPL, Astor Lenox and Tilden Foundations, and the JD Salinger Trust

An exhibition now on view at the New York Public Library offers a glimpse into the personal life of notoriously private novelist J.D. Salinger. The display, which runs through January 19, is timed to mark the centennial of Salinger’s birth.

As Alexandra Alter reports for the New York Times, “J.D. Salinger” represents the first-ever public viewing of some of the author’s belongings, including original typescripts of The Catcher in the Rye and Franny and Zooey. Both of these manuscripts are marked with handwritten revisions. The more than 200 items displayed at NYPL—in addition to the typescripts, the selection features family photographs, correspondence, a film projector and various personal effects—are on loan from the J.D. Salinger Literary Trust.

Salinger’s son, Matt, and widow Colleen O’Neill organized the exhibition with Declan Kiely, the library’s director of special collections and exhibitions. Per a press release, Matt says he experienced some pause when deciding whether to give the public an intimate view of his father’s life.

“When my father’s long-time publisher, Little, Brown and Company, first approached me with plans for his centennial year, my immediate reaction was that he would not like the attention,” the younger Salinger says. “He was a famously private man who shared his work with millions, but his life and non-published thoughts with less than a handful of people, including me.”

In an August interview, Matt told Alter that he has spent his whole life protecting his father by not talking about him. But in the near-decade since Salinger’s death in 2010, his son has changed his tune.

Speaking with the Guardian’s Lidija Haas in February, Matt confirmed he is currently working to publish the entirety of his father’s literary estate. If all goes according to plan, the trove will be released within the next decade. In the meantime, the NYPL exhibition offers a chance for Salinger’s readers to experience sides of him previously unseen or misrepresented.

“I’ve learned that while [Salinger] may have only fathered two children there are a great, great many readers out there who have their own rather profound relationships with him, through his work, and who have long wanted an opportunity to get to know him better,” Matt says. As he tells Alter, the exhibition ended up being even more personal than he had expected.

The collection of items on view includes several of the author’s notebooks and one of his typewriters. It also features countless letters to family, friends and fellow writers, including a note from Ernest Hemingway. According to Adam Reiss of NBC News, the note reads, “You are a damned good writer, and I will look forward to everything you write.”

Another particularly poignant message states, “I accept your story. Consider it a masterpiece. Check for $1,000 in the mail. Curtis Publishing Co.” While Salinger would receive many such missives later in life, Alter writes for the Times, this particular one was actually from his mother, who slipped it under the burgeoning author’s bedroom door when he was 18 and unpublished—albeit writing furiously.

Matt says the exhibition strives to show all sides of his father, from prickly professionalism in letters to colleagues to the warm, loving relationship he had with his grandsons. Although the author likely would have objected to putting family photos on display for public consumption, his son tells Alter he decided to include these pieces to better reveal the “hugely thoughtful and sensitive and caring man” he knew his father to be.

It’s fitting that the collection is displayed in a library Salinger frequented as a young boy, Kiely notes in the NYPL press release. For the duration of the exhibition, an item from the author’s personal library—a bookcase from his bedroom filled with some of his favorite texts—will be housed near the Rose Main Reading Room he once adored.

“This exhibition presents Salinger in his own words,” Kiely says. “Through his letters, photographs and personal possessions, this exhibition allows us to see Salinger from childhood to old age, revealing many facets of the writer: friend, father, grandparent, soldier, correspondent, spiritual seeker and, importantly, avid and eclectic reader.”