When they first saw the Madagascar star orchid with its extremely long nectar tubes in the 1860s, evolutionary scientists Charles Darwin and Alfred Russel Wallace they each marvelled at what being could possibly reach its sweet nectar. Both suggested only a creature with particularly prodigious tongue could access the plant’s syrup.

In a letter to friends, Darwin exclaimed, “Good heavens, what insect can suck it!” reports Beth Askham in an article for the Natural History Museum (NHM) of London. “That such a moth exists in Madagascar may be safely predicted,” Wallace later added.

They were right. Scientists first discovered a Madagascan moth with a tongue length of more than 11 inches in 1903. At the time, it was considered a subspecies of Morgan’s sphinx moth, a hawkmoth also found on the African mainland.

Now, thanks to DNA sampling, researchers report this insect is actually a separate species, according to a study published in the journal Antenor. Known as Wallace’s sphinx moth, the bug is distinctly different from the Morgan variety, which is smaller and has a tongue only about a quarter as long as the Madagascar moth, reports David Schultz of Science magazine.

“The taxonomic change we now propose finally gives long-deserved recognition, at the species level, to one of the most celebrated of all Malagasy endemics,” study author David Lees, NHM curator of moths, says in a statement. He is also the co-author of Moths: A Complete Guide to Biology and Behavior, published by Smithsonian Books. 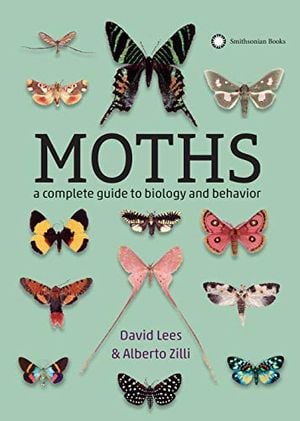 Moths: A Complete Guide to Biology and Behavior

Accessible introduction to the biology, life cycle, natural history, and classification of moths

Lees and Joël Minet, an entomologist at the Institut de Systématique, Évolution, Biodiversité in Paris, led the research that identified a 7.6 percent genetic difference in DNA barcoding between the two species of hawkmoths, also known as hummingbird moths, which are part of the Xanthopan genus.

“This is much more than what you would expect between different species,” Lees says in the NHM statement.

The scientists also detected 25 physical differences between the Madagascan and African moths, reports Fermin Koop of ZME Science. For one, the tongue of Wallace’s sphinx moth can reach nearly a foot in length while the probiscis of Morgan’s sphinx moth—known scientifically as Xanthopan morganii—is less than three inches. Also, the former is nearly twice as large as the latter.

These morphological distinctions add up to conclusive proof that the two moths are separate species. The DNA testing also determined that Wallace’s sphinx moths on Madagascar all shared the same genome, strongly supporting the hypothesis for a new species, now named Xanthopan praedicta.

“The fact that I found one of these moths in a remote forest in the southwest of Madagascar suggests it can fly hundreds of kilometers,” Lees says in the NHA statement.