What Secrets Lie Beneath the Surface of Picasso’s Blue Period Paintings? 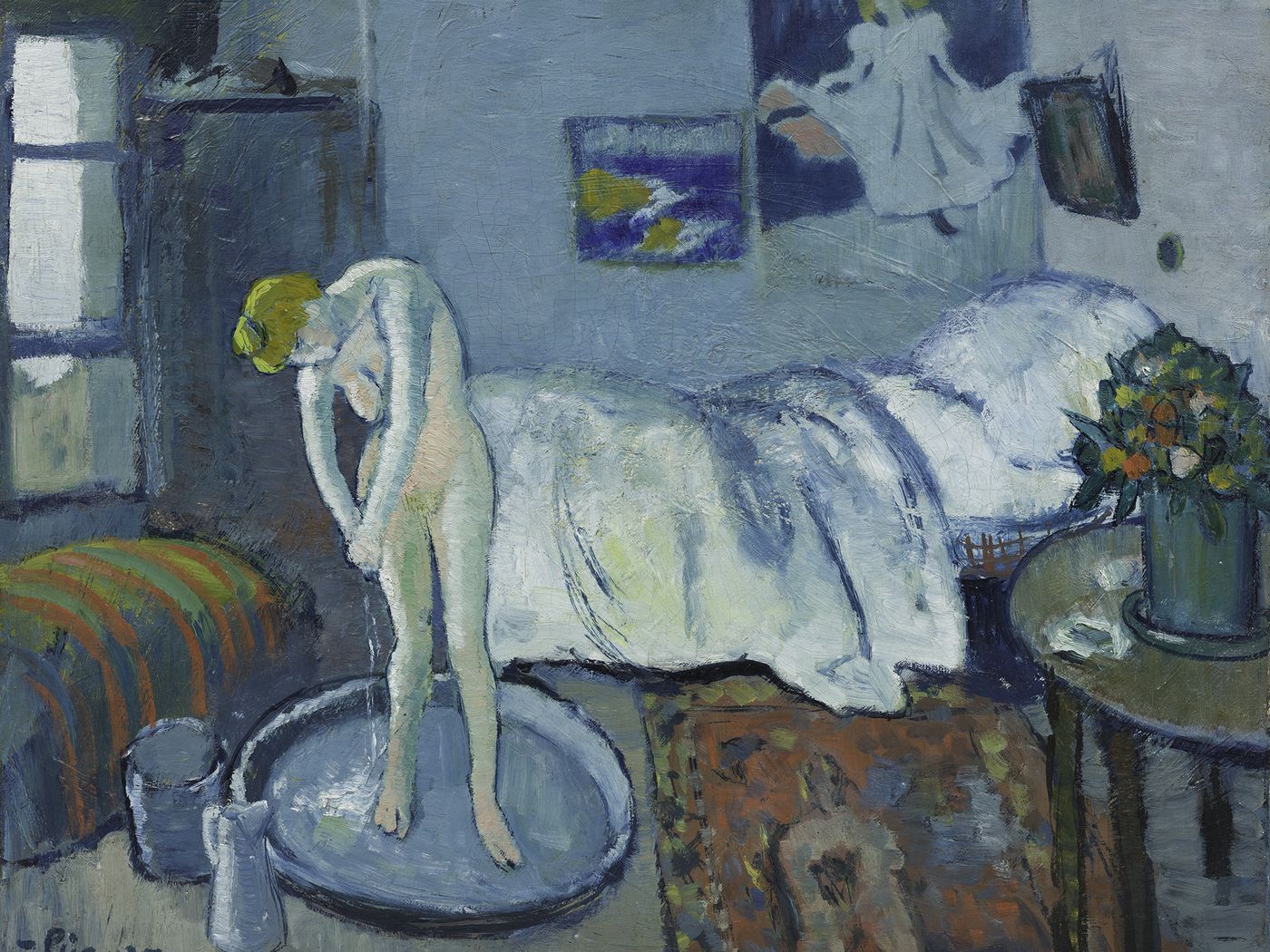 Over the past two decades, researchers have discovered hidden underpaintings in multiple works from Pablo Picasso’s Blue Period. Most famously, examinations at the turn of the millennium uncovered a woman’s face under The Old Guitarist (1903–1904). More recently, conservation has revealed painted-over elements in The Blue Room (1901), Crouching Beggarwoman (1902) and The Soup (1903).

A new exhibition at the Phillips Collection in Washington, D.C. spotlights those last three paintings as part of a broader exploration of Picasso’s Blue Period, which spanned 1901 to 1904 and derived its name from the cool colors used by the artist at the time.

“Picasso: Painting the Blue Period” offers insights on the Cubist artist’s sources of inspiration, the evolution of his technique and his hidden compositions. It’ s presented in collaboration with the Art Gallery of Ontario (AGO), which debuted a version of the show last October. Per a statement, the exhibition features more than 90 paintings, sculptures and works on paper by Picasso and his peers.

“We want people to see this well-known artist in a fresh light—to see him at the very beginning of his career internationally,” co-curator Susan Behrends Frank tells Artnet’s Menachem Wecker. “We want people to see how rich this very early moment is in his career, and the conservation science in this exhibition gives you another window into thinking about the creative process of an artist that seems to be so well known.”

Experts have long suspected that Picasso’s Blue Period works contain more than meets the eye. Stray brushstrokes on some canvases point in the opposite direction of the final composition. Under the right lighting, a ghostly woman’s face is visible in the upper right corner of The Old Guitarist.

Improvements in technology have increasingly allowed researchers to uncover details of Picasso’s hidden paintings. John K. Delaney, an imaging scientist at the National Gallery of Art in D.C., has scanned The Blue Room a total of four times, using more advanced tools for each analysis.

“[Each scan] brought forward additional information about elemental materials and clarity of detail in the portrait of the man beneath the surface image,” Behrends Frank tells Artnet.

Speaking with Axios’ Alison Snyder, Patricia Favero, an associate conservator at the Phillips Collection, echoes Behrends Frank, explaining that the “technical studies were able to inform art historical research at a new level.”

According to the Wall Street Journal’s Karen Wilkin, Picasso entered his Blue Period after spending his teenage years painting scenes of Parisian café life. A number of these pre-Blue Period canvases are on display alongside works by Picasso’s older contemporaries, including Henri de Toulouse-Lautrec and Edgar Degas.

“At the time, Picasso was still a teenager and seemed to be working almost recklessly, with more exuberance than focus,” writes Philip Kennicott for the Washington Post.

That exuberance shifted to melancholy in 1901, when Picasso’s friend, the Spanish poet Carles Casagemas, died by suicide. As Alexxa Gotthardt explained for Artsy in 2017, the 19-year-old artist began using the color blue “to communicate pain and desolation,” drawing on a cool color palette to express his feelings of “poverty, dejection, creative anguish and grief for those lost.”

During his Blue Period, Picasso worked “seemingly with tunnel vision, focusing all his energy on creating,” according to Artnet. Low on funds, he sometimes painted over old canvases to save money. “But he also seems to have developed ideas so rapidly that he often painted over first thoughts,” the Post notes.

Housed at the Phillips Collection, The Blue Room is painted atop a portrait of an unknown man. The Soup, meanwhile, originally featured a ceramic jar and a woman with her back to the viewer. Crouching Beggarwoman obscures a bit of food held in the eponymous woman’s hands and a landscape, perhaps of a private park in Barcelona. Both The Soup and Crouching Beggarwoman are part of the AGO’s permanent collection.

As Favero tells Axios, “There is still more to learn from some of the world’s most studied paintings.”

“Picasso: Painting the Blue Period” is on view at the Phillips Collection in Washington, D.C. through June 12.

Jane Recker has written for Washingtonian Magazine and the Chicago Sun-Times. She is a graduate of Northwestern University and holds degrees in journalism and opera.