A new archaeological investigation off the coast of Cape Canaveral could shed light on one of the defining moments of Florida's history--when the Spanish definitively kicked the French out of the territory they'd claimed as their own.

When you think of the oldest European settlements in what is now the United States, Jamestown, The Lost Colony, Plymouth and St. Augustine might come to mind. But the French settlement of Fort Caroline, older than all of them, almost never gets a mention.

If you’ve never heard of Fort Caroline before, that’s ok. To this day scholars aren’t quite sure where the fort stood (archaeologists are still working on Plymouth too.) Fort de la Caroline (also known as La Caroline, or Fort Caroline) was founded in 1564 near what is now Jacksonville, Florida, and was intended to be both a toehold in the New World for the French Crown and a refuge for French Protestants.

The Spanish, who controlled much of the territory in the Americas at the time, objected to both motivations for the town’s founding. Violently.

Spain established St. Augustine the following year, within miles of the French colony. They were particularly threatened by the placement of the French colony on the Florida coast, which their treasure ships heading from South America sailed past on their way back to Europe.

Fort Caroline at this time wasn’t doing so well. Like most early European expeditions they'd suffered through a tough winter and were nearly starving by the time reinforcements, led by French explorer Jean Ribault, arrived. By the time he got there many of the colonists had had enough. They wanted to go back to France. Others had already left to take up a life of piracy. After all, those Spanish treasure ships weren’t going to rob themselves.

Ribault decided that he had to tackle this problem directly. He gathered his soldiers and sailed south to confront the Spanish at St. Augustine. Regrettably, he didn’t have the Weather Channel back then. A strong hurricane moved in and pushed his ships far to the south, wrecking them and leaving Fort Caroline undefended.

The Spanish saw their moment and seized it, marching on Fort Caroline and killing just about everybody that hadn’t escaped. Then they marched south to where Ribault was stranded, and slaughtered almost everyone there--except for a few Catholics and skilled workers. The site of those massacres is still named Matanzas, or slaughter.

All that history brings us back to the present. The exact location of Ribault’s stranded fleet was never found, though some French artifacts from that period were found on Cape Canaveral in the 1970’s. But this month, a group of archaeologists from the Lighthouse Archaeological Marine Program are setting out on an expedition to find the lost ships. According to the Florida Times-Union, the researchers will use sonar to scan the sea floor and magnetometers to look for metal artifacts like cannons and cannonballs.

Initial results of the search should be available in August. If they do find something, the exact location of the wreck will be kept secret, to prevent looting. 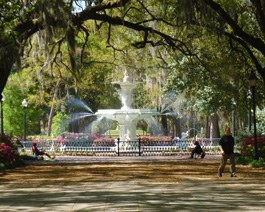