The 10th installment of the competition featured two new categories 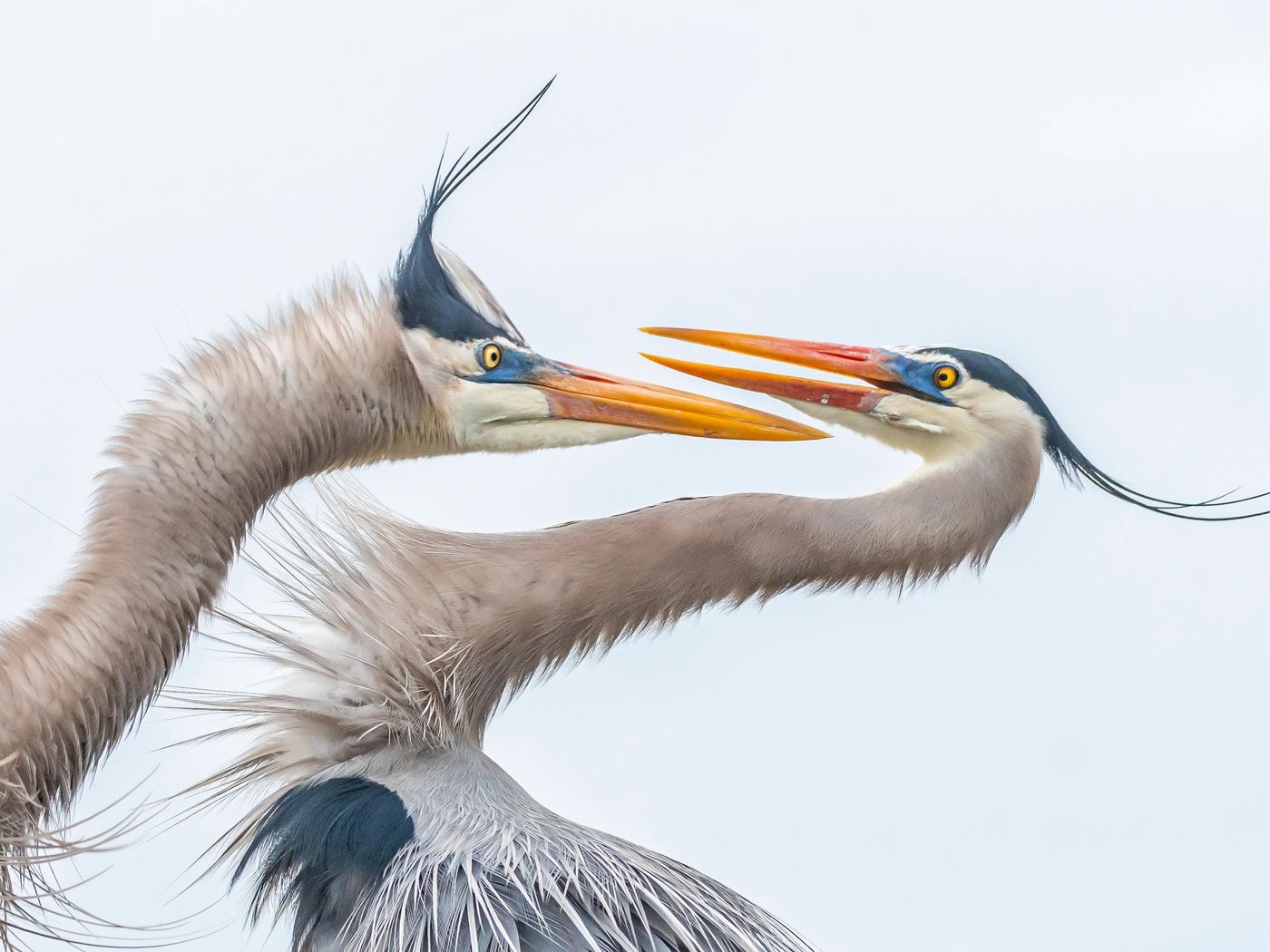 One frosty morning, Kathrin Swoboda was walking through Huntley Meadows Park near her home in Alexandria, Virginia, when she spotted a red-winged blackbird sitting on a bare branch. The little creature was, Swoboda says, “very vociferous” singing loudly and long. She took aim with her Nikon camera and captured a stunning moment: The bird with its beak flung open, tendrils of condensed breath flowing out of its mouth in wispy “O”s.

The resulting photograph (below) wowed the judges of the 2019 Audubon Photography Awards, which recently named Swoboda as its grand prize winner. For the past ten years, the competition has celebrated the best of bird photography—images that capture the beauty, the majesty, the silliness of our feathered friends.

This year, a winner was also announced in a “Plants for Birds” category, inspired by an Audubon program of the same name, which encourages homeowners to grow native foliage that will provide food and shelter for birds. Images submitted to this category had to show both a bird and a plant native to the location where the photo was taken, “highlight[ing] the critical role native habitat plays in supporting bird life,” the Audubon explains. The prize went to Michael Schulte, who captured a yellow hooded oriole surrounded by green palm leaves, its mouth stuffed with spidery palm fibers; hooded orioles, which live in subtropical climates, build hanging nests out of plant fibers and grass.

“I love this shot; it shows the relationship between two native species and illustrates the natural beauty to be appreciated even in a city,” says Schulte, who snapped the photo in his backyard in San Diego, California.

The second new category, dubbed the Fisher Prize after the Audubon’s former creative director Kevin Fisher, honors “the photograph depicting the most creative approach to bird photography across all divisions.” Judges awarded the prize to a close-up of a black-browed albatross, taken in the Falkland Islands by Ly Dang. The image shows a piercing hazel eye against a backdrop of snowy white feathers, the bird’s signature black marking swathed like kohl over its brow.

Other winning photos also depict their subjects in breathtaking detail. Mariam Kamal, who was named the winner of the amateur division, photographed a white-necked Jacobin hummingbird dunking its head into a brilliant red heliconia in Costa Rica, its brilliant blue and turquoise feathers splayed over the lip of the plant. Sebastian Velasquez, the youth category winner, zoomed in on a single horned puffin preening its feathers at the Alaska Sea Life Center. Its thick beak plunges into black and white plumage—“a moment of stillness” for the bird, Velasquez explains.

Still other images transport readers into the everyday dramas of bird life in the wild—the passions, and fury and daring that it takes to survive. In a photo by Melissa Rowell, which leads this story, the competition’s amateur honorable mention, two great blue herons spar after a failed courtship attempt, their feathers flowing in the wind. Elizabeth Boehm photographed male greater sage grouse duking it out during a courtship display, one with his wings flapping, the other with his tail feathers fanned out into a starburst; the image earned Boehm the professional category prize. In Washington’s San Juan Island National Historical Park, Kevin Ebi, who earned an honorable mention in the same division, stumbled upon a remarkable interaction. A baby fox was running with a rabbit in its mouth when a bald eagle swooped down and grabbed the prey, taking the fox with it. The bird hoisted both animals some 20 feet in the air. “After eight seconds it dropped the fox, seemingly unharmed,” Ebi says, “and flew away with its stolen dinner.”

The winning photos and honorable mentions will appear in both Audubon magazine and Nature’s Best Photography magazine. The images will also be featured in a special exhibit that will travel to Audubon chapters and centers around the United States, giving bird lovers near and far a chance to view the feathery subjects in all their glory.