Authorities in Israel have recovered hundreds of likely looted artifacts, including three 1,500-year-old “magic bowls” used to ward off evil in ancient Mesopotamia, reports Judith Sudilovsky for the Jerusalem Post. Local police collaborated with the Israel Antiquities Authority’s (IAA) Theft Prevention Unit to seize the objects from a Jerusalem home and auction house, where they had been illegally placed up for sale.

In addition to the bowls, investigators found coins, glassware, weapons, and rare bone and ivory artifacts. Griffons, four-winged lions and sphinxes appear on the ivories, which were used as decorations around the ninth or eighth century B.C.E.

The recovered items were probably looted from sites in the Middle East or stolen from museums. Some may be forgeries: As Liat Naeh, an archaeologist at the University of Toronto, tells Live Science’s Owen Jarus, chemicals found in the suspected smuggler’s home could have been used “for homemade restoration and/or forgery of antiquities ... to make them more appealing to buyers.”

Eli Eskosido, director-general of the IAA, says in a statement that “[a]ntiquities belong to all of us. They are our heritage.”

He adds, “Unauthorized antiquities dealers encourage looters to go out and destroy ancient sites in search of finds for sale on the antiquities market. In the name of greed, they plunder antiquity sites, removing the finds from their historical context, thus obscuring parts of human history.”

Magic bowls, also known as “incantation bowls” or “swearing bowls,” are earthenware vessels inscribed with spells and magical symbols. Per Samuel Thrope of Aeon, scribes in what is now Iraq produced thousands of these bowls between the fifth and eighth centuries C.E. Customized to fit individual clients’ needs, the talismans were used to fight off bad luck, financial struggles and even severe migraines.

Matthew Morgenstern, an expert on Hebrew language at Tel Aviv University, tells the Times of Israel’s Amanda Borschel-Dan that incantations were typically written in Babylonian Aramaic dialects, inscribed in a spiral on the interior of the bowl. To activate the bowl’s protection, a buyer would bury it beneath their house’s floor.

“Magicians” who plied their trades in local marketplaces offered their services to all of the region’s diverse residents, from Christians to Mandaeans to Zoroastrians to Manichaeans, according to Aeon. But the majority of magic bowl users and magicians were Jewish. The three bowls seized in the recent raid were written primarily in Aramaic but contained quotes from the Hebrew Bible.

“The Jewish bowls draw heavily on Jewish tradition, cite verses, and even contain the earliest written attestations we have for Jewish texts like the Mishnah or benedictions,” says Morgenstern.

As Morgenstern tells the Times of Israel, one of the bowls is inscribed with the name Joshua ben (son of) Perachiah. The incantation uses the legal language of a writ of divorce, but rather than seeking to end a marriage, the man hopes to divorce himself from the demons living in his home, essentially by performing an exorcism. Another bowl invokes the angels Michael and Raphael and includes a Hebrew quote from Psalms 121:7–8: “The Lord will guard you from all evil.”

The third bowl depicts a female demon with bound hands and feet. The client is clearly identified as Achai Bar Marganita, or “My brother, the son of Pearl.”

Christa Müller-Kessler, a language scholar at Friedrich Schiller University Jena in Germany, says that the names inscribed on the bowls are “alias[es] used for magical purposes and astrological aims.” Ultimately, she tells Live Science, “The bowl texts in question do not contain anything new or spectacular concerning their formulas or contents.”

In a 2002 lecture given at the University of Southampton, Dan Levene, a religious studies and Semitics expert, said that magic bowls spoke to Mesopotamian Jews’ “understanding of illness and misfortune as linked to a reality that extends beyond into the supernatural realm.”

He added, “[S]uch beliefs and practices were what made the difference between a feeling of total helplessness in the face of misfortune, that was not necessarily governed or caused by anything that could obviously be perceived, and a sense that there actually was the extraordinary possibility of influencing the outcome of such circumstances.” 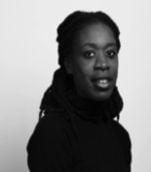