Long ago, economists realized that people are largely motivated by self-interest. They put the best face on this rather disheartening fact of human nature by inventing ways to shunt the selfish toward the common good. Today, the global marketplace takes selfishness as a central tenet, and by the way it's thriving, it appears they were right. 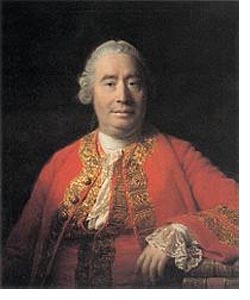 But not always, according to economist Samuel Bowles, in the current issue of Science. Apparently, there is some good in all of us that is still pretty hard to buy - some stubborn attraction to doing the right thing that, Bowles argues, policy makers would do well to pay attention to.

Among his examples are a group of parents taking their kids to daycare in Haifa, Israel. The daycare center instituted a charge for parents who showed up late in the afternoon to pick up their kids.

What happened? Tardiness didn't drop out - it doubled. In the researchers' evaluation, parents began to see late pickup as a service they were entitled to buy. Until lateness cost anything, the parents were more likely to view it as an imposition on the poor overworked daycare staff. But the fee changed that.

As Bowles described it, in a marketplace populated by schemers and grabbers:

"Prices do the work of morals, recruiting shabby motives to elevated ends."

But it's not shabby motives that lead people to give blood rather than sell it, Bowles pointed out. In another study, students were allowed to simulate governments, giving away money but making "laws" about what percentage must be returned. The most generous returns came when people were under no obligation to return any money at all.

This scenario reminds me of that little let-down you get when you donate to public broadcasting and a tote bag or coffee mug arrives as a thank-you. Hold on, I say to myself, I donated because I'm a good person and I enjoy spirited car-repair advice. Have I just become a mere customer?

I'm heartened by Bowles's argument. Next, I want to see economists tackle the blogosphere. Does jettisoning one's thoughts into the fiberoptic universe - whether via post or comment - count as selfish or noble? Is it for your own good, or someone else's?

(Image by Allan Ramsay (1766) of David Hume - who, according to Bowles, "advocated that public policies should be designed for 'knaves'")