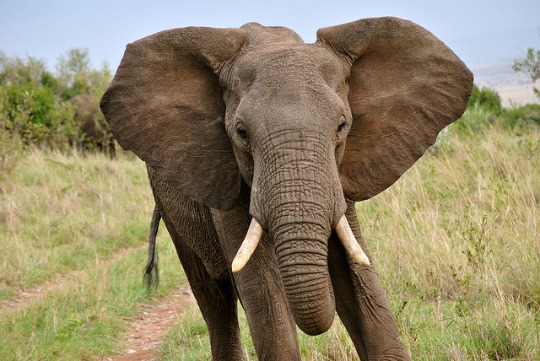 The science news last week was peppered with common-sense breakthroughs: among them, an elephant-rampage early-warning system and a hospital centrifuge made from a hand-cranked eggbeater.

It's a good time for modest ingenuity to make a comeback, since our plummeting economic fortunes are dampening enthusiasm for, say, an $8 billion physics project that keeps getting the hiccups - or even a $450 million Mars landing that goes off flawlessly. So clip the following coupons to get great science at discount prices:

Hand-powered blood sample prep: Transporting a delicate medical centrifuge to a remote village to fight infectious disease is tricky enough, not to mention the problem of finding an electrical outlet once you get there. Sure, you could carry in your own generator and diesel fuel, or you could collect blood samples, put them on ice, and ship them to the nearest hospital. But a team of Harvard researchers thought up a much more satisfying option (I like to think it was over an omelette breakfast). Start with a $2 hand-powered eggbeater. Remove one of the beaters and tape your blood sample to the other one. Crank. Even untrained helpers can hit 1,200 rpm, the team reported in the journal Lab on a Chip - plenty to separate blood cells from the plasma doctors need for running diagnostic tests.

Elephants own up to mischief by text message: In some parts of Africa elephants are still being mercilessly poached for their ivory, but elsewhere they raid fields, destroying crops and engendering ill will. Twenty-four-hour elephant surveillance, a la the black helicopters in Goodfellas, is hardly an option. Instead, rangers attach radio-collars to troublemaker elephants. When a geolocator in the radio-collar realizes the elephant is headed for a farm field, it text messages the rangers so they can warn it away.

(A somewhat similar text-messaging method detects whale calls in Boston's shipping lanes and alerts officials to the danger of a collision.)

And finally, we learn that worms hate the sound of moles. They come writhing out of the ground by the spaghetti-load at a mole's merest murmur - or the reasonable approximations performed by "worm-grunters." (OK, so this breakthrough isn't as practical as the eggbeater centrifuge. It's a great piece of experimental science - and who knows what it could do for the bait-worm economy?)

Wired Science noted the story first, and pointed out that Charles Darwin himself had thought through the problem in his exhaustive tome on earthworms. He proposed moles as the cause - but it took another 120 years or so for someone to put together the proper experiment.

The thing I love about "common sense" breakthroughs is that they're only common sense after somebody thinks of them. Until then, we just have pieces of a solution arrayed in front of us, hiding in plain sight. Makes me wonder what kind of discoveries are in my own kitchen. And where I can get some of that ingenuity.