A Welcome Comeback for Norway’s Walruses 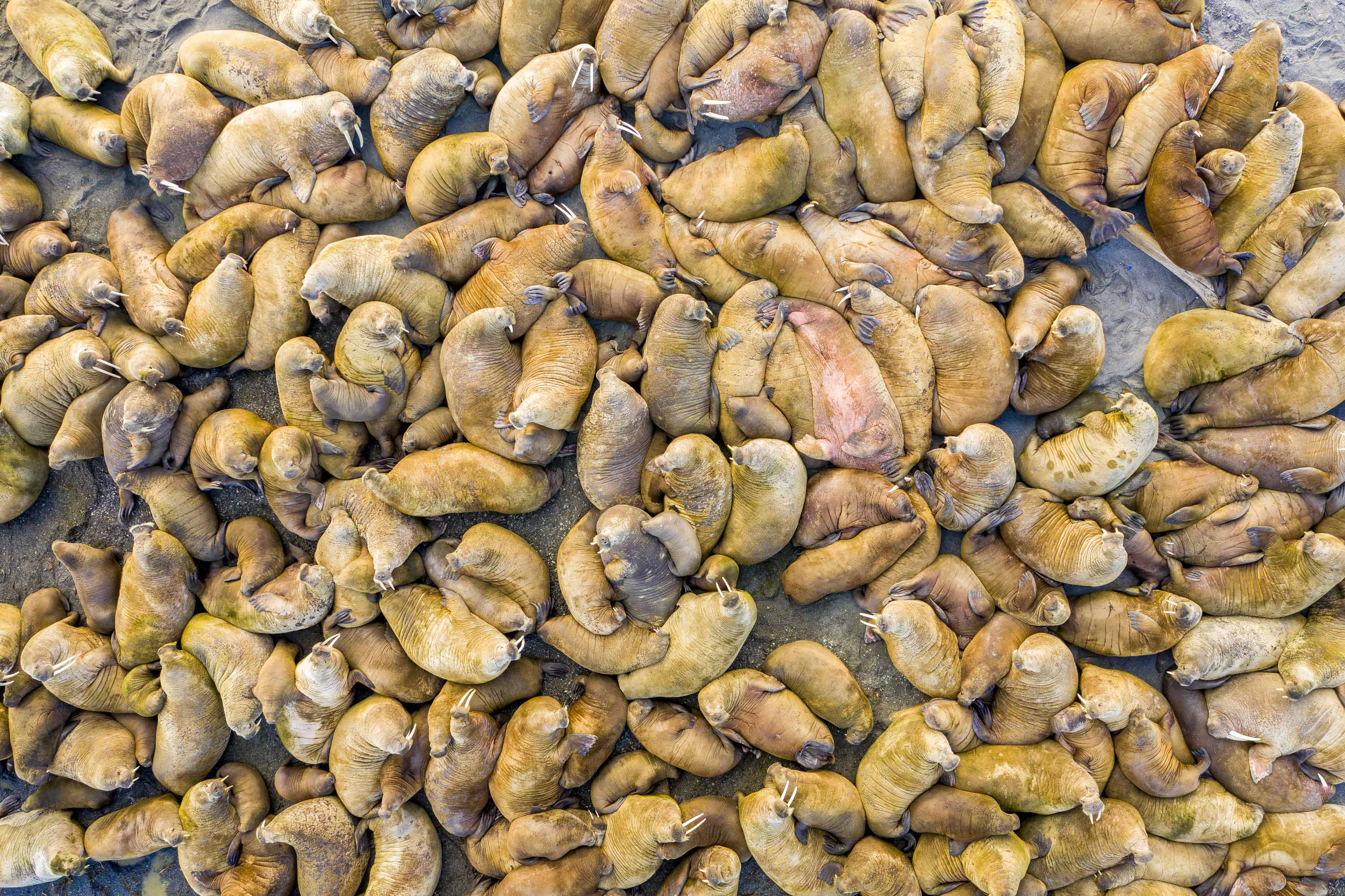 Male Svalbard walruses cluster by the shore. Each weighs an average of about 3,000 pounds and is up to ten feet long.

Strange as it might seem, the ancestors of walruses originally lived in the tropics. They followed food sources north and ended up in two main places: the North Pacific and the North Atlantic. A large group made their home in the Norwegian archipelago of Svalbard, where warm and cool ocean currents meet. Over the past few million years, walruses have adapted to their frigid environments, with thick, bristled skin and up to six inches of insulating blubber underneath. They learned to sustain themselves by using their flippers and sensitive whiskers to brush the sea floor, searching for clams and sucking them out of their shells by the thousands. Sometimes they’d hunt seals, marine mammals to which they bear no close relation. Walruses are the last remaining species in a family called Odobenidae—a Greek name that means “those who walk with their teeth.”

“The walrus is like a mythical creature,” says Colleen Reichmuth, a research scientist at University of California, Santa Cruz’s Institute of Marine Sciences. “They’re like no other animal on earth. Their closest living relatives are separated by almost 20 million years.”

By 1952, Svalbard’s walruses were nearly gone, due to more than 300 years of ivory hunting. So the Norwegian government banned commercial hunting of these endangered creatures, and they began to rebound. In 2006, there were 2,629 walruses in Svalbard. The latest study, in 2018, put that number at 5,503. It’s now common to see clusters of these social animals sunning by the water’s edge. They fill the air with their cacophony of vocalizations, like friends chatting and singing late into the night.

Known for his intimate and aesthetically dramatic compositions, Florian Ledoux's distinctive fine art photography is born out of his passion for the preservation of nature, specifically of the Arctic.