Back when the forest was thicker, it was difficult even to catch a glimpse of a lion-tailed macaque. Small, shy and quiet (nearly silent by howler standards), the monkeys are so habituated to the shadow-filled canopy that some scientists consider them the only truly arboreal macaques on earth. And they only live in the Western Ghats, a mountain range along India’s western coast. Because counting the furtive creatures isn’t easy, the best guess is that only 3,500 or so survive. Whether that number is greater or fewer than decades ago isn’t certain, but the more scientists know about the monkey, the more they fear that road-building, logging and other human encroachments pose a serious threat to the glossy black primate with the arresting mane and tufted, leonine tail.

A small village in the state of Kerala, in southwestern India, Nelliyampathy is among the best places to see lion-tailed macaques in what looks like a relatively intact habitat. Many nearby coffee and tea plantations have been abandoned and have begun their slow return to wilderness. My guide, Joseph J. Erinjery, a gangly 27-year-old graduate student at the University of Mysore, spots a group of about 40 animals feasting in jackfruit trees and brings his truck to a halt. The slapstick scene before us pits one of the world’s smallest macaques, maxing out at some 20 pounds and two feet tall, against the world’s largest tree-borne fruit, which can weigh as much as 100 pounds and reaches three feet. I watched a monkey balance between two branches, use its forelimbs to immobilize a jackfruit larger than itself and proceed to tear into it with sharp front teeth. I also saw a young male teetering on two legs as he carried one off to eat on his own.

About a three-and-a-half-hour drive southeast of here, in and around Indira Gandhi National Park, in the state of Tamil Nadu, the photographers Anup Shah and Fiona Rogers spent four weeks observing the daily rhythms of another troop of macaques. “Feed, rest, feed, rest, feed, rest, move to another site, feed and rest,” Shah says jokingly of the monkey’s lifestyle.

Lion-tailed macaques live in groups of, on average, 15 individuals. Groups often have a dominant male, and while adult females remain in the group they are born into, males tend to leave at the age of 5 or 6 to find another group in which to mate. This puts the primates at added risk when habitat is broken up, as it is near the town of Valparai, in Tamil Nadu. Roads not only pose a direct threat—some animals have taken to begging for snacks from tourists, and a number of monkeys have been run over—but also roads, reservoirs and other development make it tougher for roaming males to reach new groups. And that can keep them from breeding or lead to inbreeding, which causes health problems in the long run. Mewa Singh, a primate researcher at the University of Mysore who has spent two decades tracking lion-tailed macaques, said human encroachment’s most dramatic consequences “may show themselves only in several generations.”

Conservationists in the region are working with plantation owners and the government to support the remaining lion-tailed macaques. One approach is to limit forest-cutting and restore habitat. Another is to connect tree canopies with canvas bridges that span busy roads—to help these charismatic primates overcome the obstacles we’ve placed in their way. 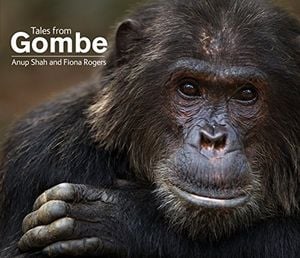 The Gombe chimpanzees are probably the most famous group of wild animals in history, having been observed and chronicled for more than 50 years. Over the course of the last decade, Anup Shah and Fiona Rogers have dedicated long periods of their time to studying the various dynasties, photographing the key players and observing their actions. In "Tales from Gombe" they introduce the different characters and tell the fascinating stories of their lives, through both words and breathtaking photography.