It's long been known that carnivorous plants lure their insect prey in a range of ways: irresistible nectars, vivid colors and alluring scents that range from rose to rotten flesh.

But recently, a group of scientists at the Jawaharlal Nehru Tropical Botanic Garden and Research Institute in India discovered a previously hidden means of beckoning among the most ruthless of greenery. Some carnivorous plants, they discovered, lure insects to their death with a fluorescent glow invisible to the human eye. 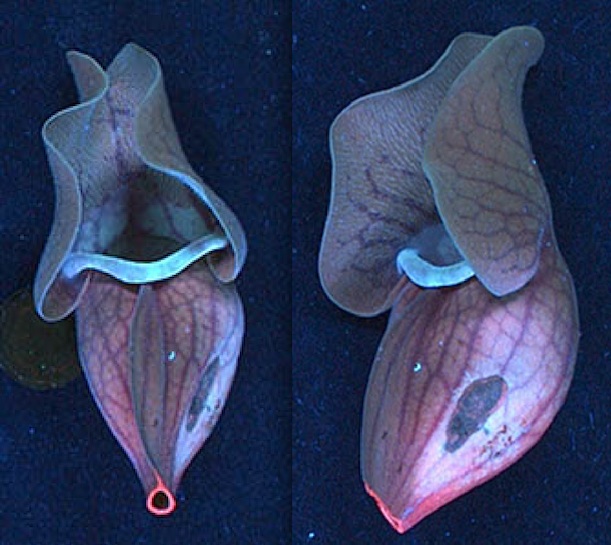 Scientists believe that insects are attracted to carnivorous plants by the their odors and colors, but hard evidence as to what exactly lures the bugs to their deaths was previously unknown. In a stroke of serendipity, a team of scientists led by botanist Sabulal Baby put several carnivorous plants they'd been using for unrelated experiments under ultraviolet light, including Nepenthes khasiana, a rare pitcher plant native to India, and photographed what they saw.

"To our great surprise, we found a blue ring on on the pitcher rim," Baby says. "Then, we looked at other Nepenthes species and the prey traps of other carnivorous plants, including the Venus flytrap, and we consistently found UV-induced blue emissions." These colors, found in a total of twenty carnivorous plant species and documented in a study published in Plant Biology, were the first time such distinct fluorescent emissions were ever detected in the plant kingdom. 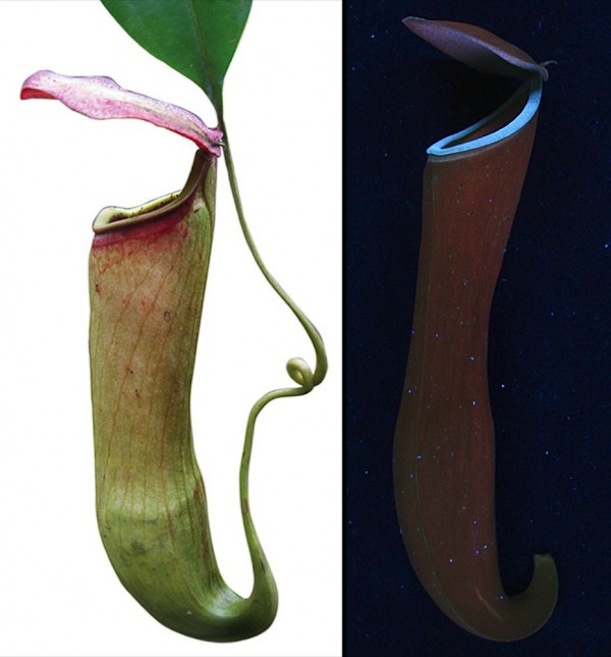 Under normal light, these bright, glowing rims would look green to humans. But an ant—which can't see red, but is extremely sensitive to blue and violet light—would see rings of blue florescence, the result of metabolic compounds in the plant that absorb UV radiation from the Sun and re-emit it as visible light. Putting the plants under a UV light in an otherwise dark room, as Baby's team did, amplifies the effect, allowing humans to more clearly see the blue emissions.

To prove that these emissions were involved in the plants' predation, the scientists constructed an elegant experiment. They monitored live pitcher plants in the field for a ten-day period, cutting them open afterward and seeing how many ants each one caught. Some of the plants, though, were painted with an acetone extract that blocks fluorescent emissions. It's not clear exactly why the ants would be attracted to the blue light, but the results, produced several times and in several different locations, pretty clearly indicate that it's the case: 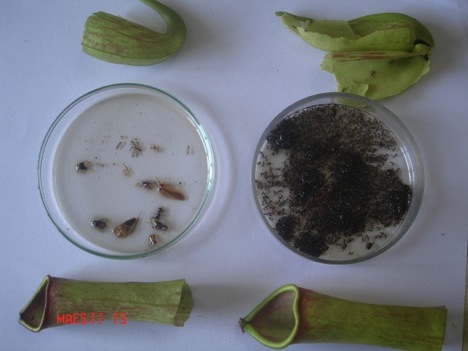 He has yet to test the idea, but Baby says that the plants might use their fluorescence for other purposes as well. Recent field studies in Borneo indicated that some species of pitchers may have a symbiotic relationship with small nocturnal mammals, such as rats, bats and tree shrews—these mammals come and drink nectar from the plants, and deposit nutritious feces nearby, which serve as a fertilizer. "Fluorescence emissions by Nepenthes traps could be acting as major visual cues luring these mammals towards them," Baby says.

These sorts of normally invisible signals could be way more prevalent in the plant kingdom than we previously realized. A recent study by British scientists, for instance, revealed that bumblebees can detect electric fields produced by flowers, adding another layer of communication to the symbiotic relationship between these two types of organisms. "There could be many other forms of signaling out there, waiting to be found," Baby says.