Check out this deft rap about life on other planets by Jonathan Chase, a.k.a. Oort Kuiper (yes, that Oort and that Kuiper). The delivery is subdued and literate, like Massive Attack-era Tricky, and the video incorporates clips from Cosmos, the classic PBS series narrated by Carl Sagan. Bonus points for cribbing footage from SETI and working in a cameo by Gregor Mendel.

The bar on science rap has been raised. Once a novelty act confined to late-night grad-school potlucks, where just finding something to rhyme with "plate tectonics" was a triumph; now you get spot-on lyrics backed by leaping basslines and 1950s samples.

Other recent triumphs of the genre include the cogent Large Hadron Rap (405,000 hits in less than a month) and the salt-soaked Cruise, Cruise Baby. Say what you want about the LHR's backup dancers (I was under the impression that experimental physics required nanosecond-accurate timing) - but I learned more about the setup, mechanics, and ambition of the Large Hadron Collider from this rap than from everything I've read on the subject previously put together. 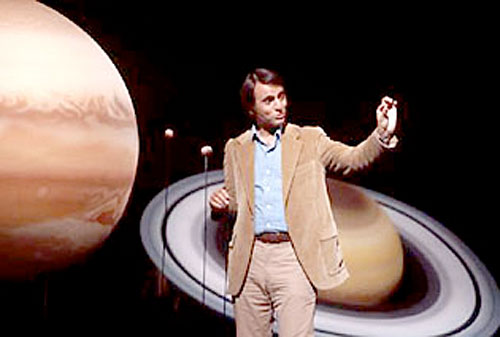