Although we landlubbers may not realize it, it's been a big year for the ocean and the people who study it.

Researchers reported on how animals can live on wood that falls into the deep sea, what we can learn about pollution from blue whale earwax, and how remoras--fish that sport a suction cup on their head--evolved these strange headpieces that allow them to attach to larger animals such as sharks and whales. More than three percent of the ocean is now specifically protected, and 71 ships carved new shipping routes into the melting Arctic ice. And, sadly, Typhoon Haiyan, a likely beacon of climate change, killed thousands of people in the Phillippines in November.

But there were five big themes that kept coming up throughout the year. Let us know if you agree with our picks in the comments.

The Ocean Captured on Film

Maybe it's the advent of better underwater filming capabilities or maybe it's just pure luck, but in 2013 we got a glimpse of three amazing ocean creatures swimming in their natural habitats for the first time. In January, the Discovery Channel and Japanese broadcaster NHK released footage of a giant squid. Scientists captured the silvery-looking squid on film by submerging a flashing, faux-bioluminescent lure that lit up to replicate a jellyfish being attacked. The reaction of the scientists is priceless—we’re still watching the video almost a year later.

In August, another animal caught on film for the first time was aired by Discovery: a 16-foot megamouth shark, revealed during the annual Shark Week extravaganza. This species is typically found in the deep sea, but filmmakers found it in shallow water where it was feeding on krill that migrate to the ocean's surface at night.

The oarfish also made a name for itself this year, with two rare strandings off the coast of Southern California in October. The first known footage of this long fish (it can reach 27 feet) was released earlier in the year along with a scientific paper documenting the sightings from an ROV.

With the warming planet on our minds, it's easy to forget a less-obvious impact of climate change: ocean acidification, caused by carbon dioxide dissolving into the water from the air.

This year, it was brought to the forefront as researchers found that ocean acidity is rising faster now than it has ever the past 300 million years—so fast the ocean's acidity will likely be 170 percent higher than in the 1800s by 2100. Acidification will affect different organisms in different ways, but those that build shells from calcium carbonate, such as oysters, sea butterflies and corals, will be hit the hardest.

New research this year also found that acidic water may make fish more anxious, while sea urchins could adapt to the conditions. There's still a lot to learn, but 2013 saw more people talking about acidification than ever before. 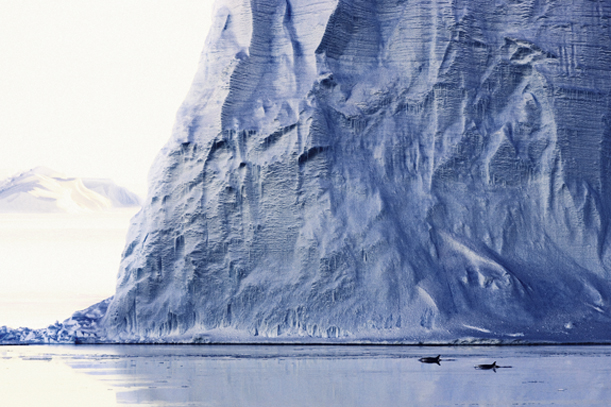 Two orcas are dwarfed by an Antarctic iceberg. A proposal to protect part of the Ross Sea off of Antarctica was blocked by representatives from Russia and Ukraine. ©John Weller

No Protection for the Antarctic

“The third time's the charm,” the saying goes, but not in the case of protecting the Ross Sea off the coast of Antarctica.

This area of icy ocean habitat covers 1.9 million square miles and is home to penguins, orcas, seals, fish and other amazing species. It has been dubbed the “last ocean” because of its diversity and remote location. But as fishing vessels are moving farther afield and targeting even the abundant krill, scientists rallied, stressing the importance of protecting this area and calling for certain areas to be zoned off from commercial exploitation.

In a soap-worthy saga, the Commission for the Conservation of Antarctic Marine Living Resources (CCAMLR), made up of 25 different country representatives and charged with managing the region’s living resources, met for a second and third time in 2013, after postponing a decision on the region's status in late 2012. But during the most recent attempt to restrict access to this fragile area in November of this year, the proposal to protect a small area of the last ocean from fishing was blocked by representatives from Russia and Ukraine. Steve Campbell, campaign director at the Arctic Ocean Alliance, tells Nature that there is always next year.

The World of Microplastics

The impact of our heavy use of plastics on the ocean is proving to be more than just beached trash. Small animals like barnacles, zooplankton and lugworms ingest microscopic pieces of plastic and pass them on to their larger predators. The tiny microplastics are infiltrating the entire marine ecosystem and, because plastic absorbs chemical pollutants, the impact can be dire for both other ocean species and humans.

Mercury and other chemicals have long been an issue for certain larger fish species like swordfish and tuna, but scientists now know that often the chemicals found in the fish we eat are coming from plastic they have ingested. Late last year, Unilever announced that the company would phase out the use of tiny “microbeads” in their skin products by 2015. Here’s to a plastic-free diet for fish and for us. 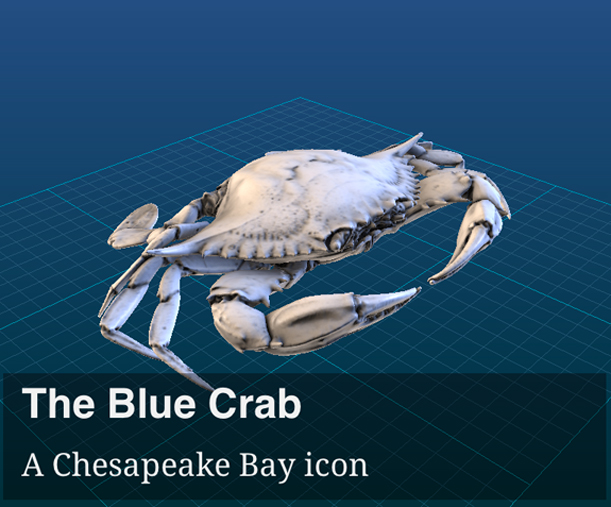 3D image of a blue crab from the Smithsonian X 3D website.

This year, scientists and educators integrated 3D printing technology into ocean science like never before. Smithsonian launched a new 3D digital collection that lets you explore museum objects online and download files to print models on your own 3D printer. These include a blue crab, a killer whale hat from Alaska's Tlingit tribe, a fossil dolphin skull, and many other whale fossils—including one that was 3D-scanned from beneath a Chilean highway.

Researchers in Tasmania are printing in 3D electronic tags that can track large ocean animals by satellite, such as whale sharks, swordfish, and tuna. (You can follow the tagged fish here!) And in the Persian Gulf, coral reef conservationists are printing artificial reefs in 3D to reconstruct ecosystems in the area. The 3D printing generates intricate designs, like those found on real coral skeletons, to best replicate the natural habitat and create tiny niches for small, cryptic organisms.

Learn more about the ocean from the Smithsonian's Ocean Portal.