The fluorescent, milky swirls in the photographs above might look like computer-generated imagery, but this is what Daniel Beltrá saw last July when he flew in an airplane 1,000 feet above Iceland’s rivers. The whitish streams in the otherwise crystalline waters are glacial sediments, traces of the 11 billion tons of ice vanishing from the island nation each year as a result of global warming.

The Spanish-born Beltrá has also photographed ice sheets in Greenland and sea ice at the Poles. “All these projects look at the affects of global warming,” he says. But this latest set of images is especially striking. “In Iceland, the melting glaciers look different than anywhere else.”

The average temperature in the Arctic region is rising twice as fast as that measured elsewhere in the word, affecting the people, wildlife and vegetation. In addition, rising sea levels threaten to swallow entire areas of land along coastlines. Iceland alone is home to hundreds of glaciers, which cover approximately 10 percent of the land. The island country hosts the largest ice cap in Europe, the Vatnajokull, which covers roughly 5,500 square miles.

Beyond ice, Beltrá has traveled to all seven continents to capture images of nature and the environment, including stunning aerial photographs of deforestation in the Amazon and of the BP Deepwater Horizon oil spill. He calls attention to ecological devastation by depicting the consequences in arresting works of art—but not just for art’s sake. “We live in a beautiful planet, but we need to nurture and take care of it,” he says. “This is our home.”

That's why his perspective is so apt for spring, with the annual Earth Day tribute coming up on April 22. “I want viewers to take the time to understand what they are looking at and have a conversation about human impact on nature,” Beltrá says. For Icelanders, that impact touches their very name. 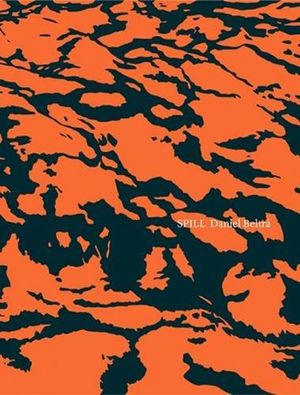