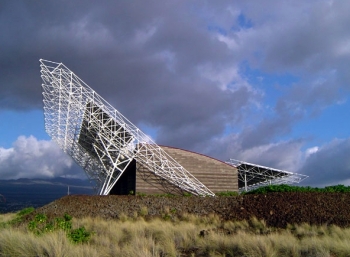 A federal courthouse in Eugene, Oregon, and Chelsea Clintonâs prep school may not seem to have much in common, but theyâre both winners, ecologically speaking. Both the Oregon courthouse and the tony D.C. school have sustainable, environmentally friendly designs and were named in this yearâs âTop Ten Green Projects,â? awarded by the American Institute of Architects.

The awards have been given for the past 11 years, but this year saw a dramatic increase in entries. Last year, only 54 designs were submitted. This year, the number was 95. Winning buildings have pleasing aesthetics as well as environmental features, like cooling systems powered by recycled drinking water or courtyards watered by roof-top collection ponds. (The complete list of winners is below.)Â

For runner up, I would nominate Silvercup Studios in Queens, New York, home to âThe Sopranosâ? and âSex and the City,â? whose extensive plant-growing roof is adding much-needed greenery and oxygen to a crowded city.

For more sustainable, livable designs, check out the National Sustainable Design Expo in Washington, D.C. I tell ya, weâre mere months away from a Bravo reality series on cute, young, environmentally-conscious architects. âProject Greenway,â? anyone?