Ten Celestial Events You Don’t Want to Miss in 2020

Whether you are a telescope enthusiast or just want to step outside to enjoy the night sky, these are the phenomena to look out for this year 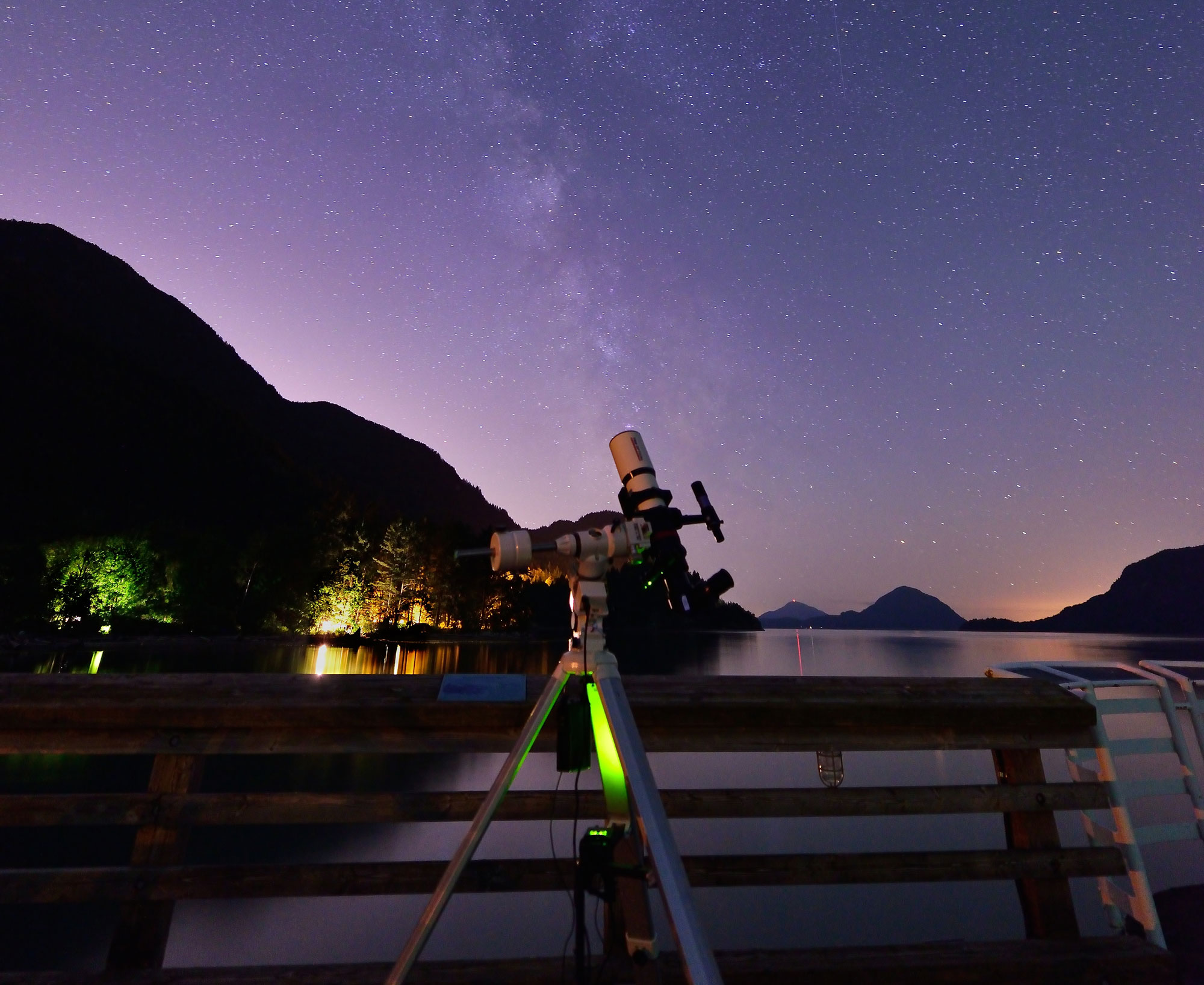 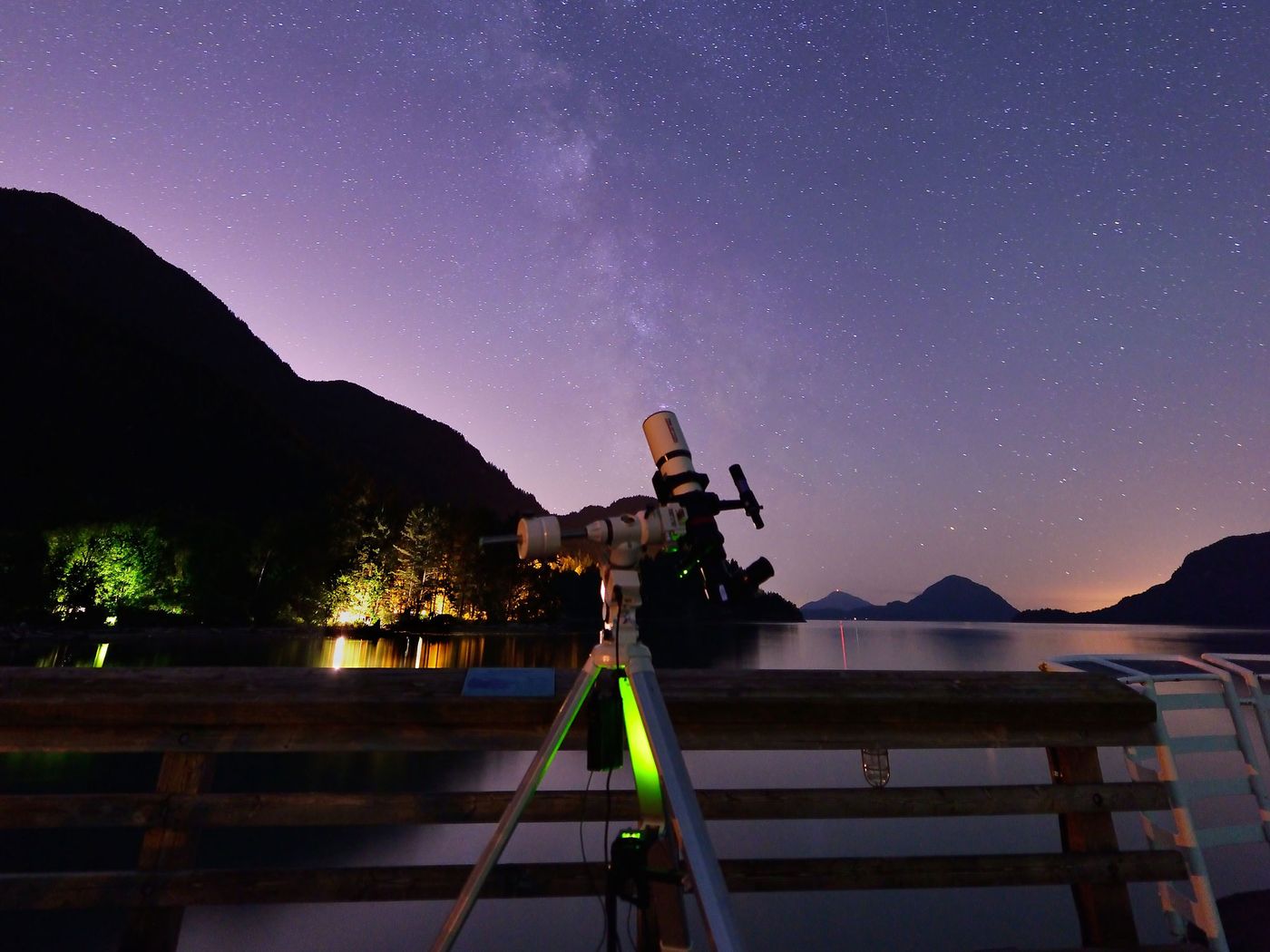 2020 is shaping up to be a great year for sky watching. kongxinzhu / iStock

Every year, meteor showers dazzle viewers, eclipses reveal the orbital balance of our planet with the sun and moon, and the other worlds of the solar system move across the sky against the backdrop of distant stars. Armed with a pair of binoculars, a simple telescope, or even just the naked eye, astronomy enthusiasts can witness some of the most spectacular phenomena in the night sky if they know when and where to look. Even as light pollution continues to threaten the future of observational astronomy, national parks and other conservation institutions are creating dark sky parks to preserve the precious resource of a clear night sky. These ten astronomical events in 2020 could provide the perfect opportunity to travel to a dark sky reserve, such as central Idaho or the Mackenzie Basin of New Zealand, to take in the natural splendor of the Milky Way.

February 18 — The Moon Passes in Front of Mars

In late February, Mars, Jupiter and Saturn will line up in the night sky, providing an opportunity to view all three with a pair of binoculars or a telescope, or to simply enjoy the three planets with the naked eye. Between February 18 and 20, the moon will pass close to each of these planets, making it easier, no matter where you are, to find them in the night sky and perhaps snag some photos of the planets next to the moon.

Depending on where you are in the world, you might even be able to see the moon occult, or pass in front of, Mars and Jupiter. In the western United States during the early morning hours of February 18, sky watchers will be able to see the moon pass over Mars, according to EarthSky. If you happen to be in Antarctica or the southern tip of South America, you can catch the moon occulting Jupiter on February 19. And on February 20, the moon will pass close to Saturn.

Venus, the brightest natural object in the sky after the sun and moon, will shine in full force during late April. The “evening star” will rise in the west after sunset during this month, no matter where you are in the world. Significantly brighter than any other planet or star, Venus provides a unique observing experience for amateur sky watchers and professional astronomers alike.

With a telescope, you can see the disk of Venus and the planet’s changing phases, much like the moon. Due to the positions of Earth, Venus and the sun, our sister planet actually appears brightest in Earth’s skies when it is about 25 percent illuminated. But even with the naked eye, Venus will be nearly impossible to miss. Later in the year, on July 10, Venus will again shine at near its brightest, but this time in the morning sky just before sunrise.

Due to a remarkable cosmic coincidence, the moon and the sun are the correct sizes and distances away to appear roughly the same size in the sky. Sometimes during a solar eclipse, when the moon moves in front of the sun, the moon is close enough to Earth and big enough in the sky that it covers the disk of the sun entirely, creating a total solar eclipse. Other times, however, when the moon is farther away and smaller in the sky, it does not cover the sun completely, but leaves a ring of light encircling the dark moon, known as an annular solar eclipse.

One of these “ring of fire” eclipses will occur on June 21 of this year, visible in parts of the Democratic Republic of the Congo, South Sudan, Ethiopia, the Arabian peninsula, Pakistan, northern India, southern China and the island of Taiwan. The eclipse will not be visible in the Americas, and a partial solar eclipse will be visible across most of Africa and Asia.

During an annular solar eclipse, direct sunlight passes around the moon and reaches Earth, so eye protection must be worn to prevent eye damage. To see the ring of fire, look up the time and location to see the moon pass directly in front of the sun. Maximum eclipse will occur at about 6:40 UTC, 12:10 p.m. local time, in Uttarakhand, India.

The best time to observe and photograph Jupiter will be around July 14, when the biggest planet in the solar system reaches opposition with the sun. This means that the planet is on the opposite side of Earth as the sun. For distant planets like Jupiter, Earth is a bit closer to the planet during opposition than other times of year, but more importantly, Jupiter will be bright in the sky virtually all night around the time of opposition, reaching its highest point in the sky around midnight local time.

You will be able to see Jupiter with the naked eye, appearing as a white, unblinking star-like object. (Planets do not twinkle like stars, because their light comes from a small disk rather than a single point, so a planet’s light is not as strongly influenced by atmospheric effects.) But with a pair of binoculars or a backyard telescope, you can also spot the four largest moons of Jupiter and perhaps the atmospheric bands of color on the planet.

Less than a week after Jupiter hits opposition, Saturn will take its turn on the opposite side of Earth from the sun, appearing as a yellow-white dot of light. The planet will be bright in the sky for the entire night, providing plenty of opportunity to observe Saturn in the dark skies, which will be even darker thanks to a new moon occurring on the night of July 20.

You can’t see Saturn’s rings with binoculars, but you don’t need a very large telescope, and opposition this year provides a fantastic opportunity to try to resolve the rings around the gas giant planet. Although the rings were at their maximum tilt toward Earth in 2017, they are still tilted at about 21 degrees this year and should be clearly visible for those who want to see them.

The Perseids is one of the most popular meteor showers of the year, peaking in the warm summer nights of August. This year, shooting stars should be visible in the nights and early mornings of August 11, 12 and 13, with the shower’s peak occurring in the predawn hours of August 12. Meteors will be visible across the sky, and if you trace their path, they appear to be radiating from the constellation Perseus.

At its peak, the shower could produce about a meteor every minute, although the last quarter moon will drown out some of the meteors with its light. For best viewing conditions, find a spot outdoors away from any major cities, and remember that it takes about 20 minutes for your eyes to fully adjust to the darkness.

While Jupiter and Saturn appear brightest in the sky near opposition, Mars, a much closer planet, brightens even more dramatically when it is on the opposite side of Earth from the sun. Mars only reaches opposition with Earth about every two years, and viewing conditions for the Red Planet this October are slated to be spectacular.

For most of the month of October, the light of Mars will grow brighter than even Jupiter, which is generally the second brightest planet in the sky. The brightness of Mars will peak on October 13 when the planet reaches opposition. Earlier in the month, on October 6, Mars will get as close as 38.6 million miles from Earth, its closest approach until 2035, according to EarthSky.

The best meteor shower of the year may be the Geminids, peaking the night of December 13 and early morning of December 14. Geminid meteors, radiating from the constellation Gemini, are often seen as slow-moving bright streaks of white light. And this year the peak of this winter shower lines up almost perfectly with a new moon, providing dark skies and ideal viewing conditions.

Meteor showers occur when Earth passes through the debris field of another object, usually a comet, that is orbiting the sun. In the case of the Geminids, the meteors are bits of rock from the asteroid 3200 Phaethon, which flies unusually close to the sun for an asteroid, crossing Earths orbital path in the process.

For the second year in a row, a total solar eclipse will cross the southern end of South America. While a partial solar eclipse will be visible across a wide swath of South America, to see totality—when the moon blots out all direct light from the sun, and day temporarily turns to night—you need to be positioned along the path of the moons direct shadow. The path of totality, running across southern Chile and Argentina, will only be about 50 miles wide, but the eclipse promises to pass over some of South America’s most beautiful landscapes.

The maximum duration of totality will be just under 2 minutes and 10 seconds, occurring outside Sierra Colorada in Argentina. During the total eclipse, viewers will be able to see the sun’s corona, or outer atmosphere, with the naked eye, and they may also spot red tendrils of plasma snaking out from the sun known as solar prominences. A total solar eclipse is considered one of the most awesome of natural phenomena, inspiring people to travel across the world chasing totality, so if you can make it to Chile or Argentina, it could be well worth the trip.

December 21 — Conjunction of Jupiter and Saturn

The planets should be separated by only one fifth of the diameter of a full moon, or about 6 arcminutes of angular distance on the sky. With Jupiter and Saturn so close, astronomers will be able to get both planets in the view of high-resolution telescopes (although they will not look like the composite image above). However, the planets will be low to the horizon in the southwest sky after sunset, and will set themselves only about two and a half hours later.