The rotund, silvery opah looks less like a deep-sea predator than a Mylar balloon, with curved pectoral fins that flap like wings. Its chest muscles account for almost a fifth of its body mass and, cleverly marinated, can pass for beef. But biologists with the National Marine Fisheries Service have now discovered the oddball opah’s most distinctive feature: It is the only fish known to be fully warmblooded.

“The coolest part—well, not cool in terms of temperature, but the neatest part—is that the opah has a warm heart,” says Kenneth Goldman, an Alaska shark biologist. Scientists have long known that some fish, including select species of billfish, shark and tuna, are partially warmblooded. In 1835, British physician John Davy noted that a tuna’s blood temperature was “much the same, or little less than the blood of a pig.” That was a bit of an overstatement. Most partially warmblooded fish stay just a few degrees above the surrounding water temperature. But that’s enough to give them a predatory edge, relative to their “thermoconformist” peers.

Warmer fish can expand their range, in latitude and depth, and cruise faster because of increased red muscle output, benefits brought to an extreme in birds and mammals, whose stable body temperatures might have led to the development of complex central nervous systems. While mammals make meta­bolic heat even at rest, fish mostly keep warm through active movement. Thus the opah’s juiced-up pecs.

Partial warmbloodedness has evolved several times in fish, and yet it’s rare, found in less than 0.1 percent of fish species. It’s tough to retain warmth in water, which is far denser than air and sucks body heat, particularly where it meets blood for oxygen exchange. (One critique of the movie Waterworld is that a gilled Kevin Costner would have died of hypothermia.) Specialized blood vessel systems called retia mirabilia—“wonderful nets”—work like radiators to heat isolated organs. Some stomachs are warm for better digestion. And the opah is known to have warm eyes. But typically only a few organs benefit.

Not so in the opah. Nicholas Wegner, who has been tagging live opah and dissecting dead ones with his NMFS team, found the retia mirabilia embedded right in the opah’s gill arches, meaning that heat circulates throughout the whole body. When a colleague, Owyn Snodgrass, checked core opah temperatures in living fish, they were uniformly warm.

Yet warmth does not equal invincibility. Sometimes a tagged opah’s light sensor will go dark and its heat sensor will mysteriously warm, suggesting that a study animal has ended up inside the warm belly of a cold-hearted shark. 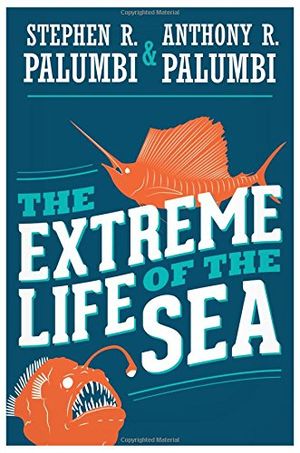 The Extreme Life of the Sea