Most of us have put away our winter clothes--not so the Chinese mitten crab, which is bearing its glove-like claws more and more as summer approaches.

Last week, four of the crabs were caught in the Delaware Bay. That doesn't seem like a lot until one considers that only seven such crabs have been spotted there and in the Chesapeake Bay since 2005. 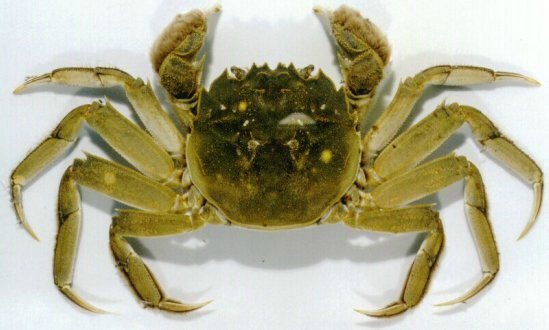 The invasive species has entered waters in Europe and the western United States. Beach-goers who spot the bundled-up crab are encouraged to snap a picture--"close-up," if possible, requests the Smithsonian Environmental Research Center, which has established a Mitten Crab Network.

But no doubt the shellfish will takes its winter gear elsewhere once it realizes that if the heat around D.C. doesn't kill you during the summer, the humidity sure will.